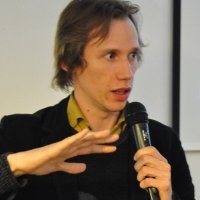 Independent human rights defenders, advocacy groups, and media outlets operating in Russia are facing increasingly hostile environment. During the past years, the Russian government has designated over a hundred NGOs, media outlets, and individuals “foreign agents.” Some of the groups have been declared “undesirable” or “extremist” and, under Russian law, have had to fold.

Against all odds, many groups and organizations have continued their work. OVD-Info, a group I helped found, is an important case in point. Late on Christmas Eve, the Russian authorities blocked OVD-Info’s website and ordered social media platforms to remove its accounts. The intention is clear: because OVID-Info is accessed as an online service, a blockage would mean the end of the group’s operations in Russia. It is currently not possible to access the OVD-Info website in Russia. Social media are our lifeline. But this window of opportunity may soon close.

Launched in December 2011 on the back of mass protests against alleged electoral fraud, the project has become Russia’s preeminent human rights watchdog and a media project focused on politically motivated persecution. It has been both the main source of information about civil rights violations and the primary provider of legal assistance to those who have been persecuted for exercising their right to freedom of assembly and association.

The year 2021 was unprecedented in terms of restrictions on freedom of assembly in Russia, which produced more than 23,500 detainees (this is more than the total number of cases of violations at rallies heard by Russian courts over the past five years), hundreds of criminal cases after the peaceful protests, and dozens of people who received real sentences for participating in the protests.

In 2021, 300 lawyers affiliated with OVD-Info assisted 3,595 people in police custody, 2,979 in administrative courts, and 123 in criminal proceedings. We sent 1,412 appeals to the European Court of Human Rights (ECHR) over the last two years alone, and twenty-five submissions to the United Nations Special Procedures and a dozen more submissions to other international human rights bodies in 2021.

All this is handled by a team of seventy people assisted by more than 3,000 volunteers around the country. The donations we receive from ordinary citizens paint a picture of solidarity: in 2021 we received 363,000 unique payments totaling 259 million rubles, or $3.5 million.

Despite the breadth and reach of our activities, we have so far not been able to prevent political repressions in Russia. But we continue to report on them every day and help those who fall victim, making it harder for the authorities to persecute its opponents. The desire to see OVD-Info silenced is to be expected: we are too prominent and loud.

Blocking OVD-Info’s site is just the latest development. In a milestone for Russian civil society’s struggles, Russian courts have ordered a shutdown of Memorial, an institution of national memory dedicated to commemorating the victims of Soviet state repression.

It is important to note that OVD-Info is able to pursue its mission thanks to its partnership with Memorial’s Human Rights Center (MHRC) among other organizations. With the MHRC’s infrastructural support, OVD-Info provides legal assistance in criminal and administrative cases and in proceedings before the court. Together, MHRC and OVD-Info form one of the largest and most renowned human rights projects in Russia.

Last year began with the arrest of Alexei Navalny, Russia’s leading opposition figure. Along with his attempted poisoning, the move heralded a shift to a new level of persecution. The rallies in support of Navalny were the largest in Russia in a decade, as was the severity with which the government reacted. OVD-Info recorded more than 17,000 arrests across 154 cities in the course of just three waves of demonstrations in January and February 2021, more than in the preceding six years combined. The authorities did not stop at arresting people; they also filed criminal charges against at least 164 demonstrators, many of whom are represented by OVD-Info.

Following that, Navalny's Anti-Corruption Foundation (FBK) was designated an extremist group for organizing the protests; it was then formally liquidated. Many of the foundation’s employees and volunteers who were not prosecuted fled abroad. Komanda 29, one of the most inventive and audacious human rights groups, soon joined the gallery of "undesirables." Its leader, the human rights lawyer Ivan Pavlov, who had defended FBK in court, was forced to flee the country after prosecutors filed a criminal case against him alleging state treason. A similar fate befell Mikhail Khodorkovsky’s Open Russia project, whose director, Andrei Pivovarov, was marched off a plane in handcuffs.

The repressions of 2021 extended far beyond the realm of politics. The same foreign agent law used to close Memorial was used against media outlets such as TV Rain and Meduza, NGOs and projects dealing with domestic abuse, those dealing with LGBTQ rights, and private persons such as lawyers, artists, curators, comedians, and ecologists. The Ministry of Justice, which is responsible for prosecuting "foreign agents," added OVD-Info to the list of foreign agents at the end of September, citing the group's partnership initiatives with Memorial.

Even independent educational institutions are feeling the heat. Bard College, a liberal arts college in the United States and a partner of the Faculty of Free Arts and Sciences at St. Petersburg State University, has been deemed “undesirable.” The arrest of Sergei Zuyev, head of the Moscow School of Social and Economic Sciences, popularly known as Shaninka, was another key incident. Many in the Russian education community see the charges of embezzlement leveled against Zuyev as a pretext to ensure that the school, founded by the British sociologist Teodor Shanin, follows the government's ideological direction.

Even though the trend is evident, this is not the time to give up. Russian civil society is stronger than ever; it continues to expand and evolve. The number and amounts of donations to OVD-Info show the level of solidarity. Our petition to repeal the foreign agent law has been signed by over 260,000 people and 242 media companies, charities, and environmental NGOs.

We also rely on international social media platforms. But thanks to a new law allowing the extrajudicial blocking of any content that the State Prosecution Office considers “justifying extremism and terrorism," the blockage of our site without due legal process and the demand that social media providers remove our accounts is possible.

On New Year’s Eve, we launched a petition asking tech companies not to acquiesce to the illicit demands of Russian censorship. We believe platforms need us too. Our data was referenced in some 75,000 news items published by more than 4,000 media outlets around the world. Across our website and social media, our material received 100 million views.

These figures underscore the importance of our work to the broader global human rights community, and suggest why the Kremlin might want to silence OVD-Info. Without the sort of civil rights lifeline OVD-Info provides for Russian citizens, Russia moves ever closer to a deadly authoritarian state.