The Russian State and the Press: Entangled Histories and Contemporary Practices 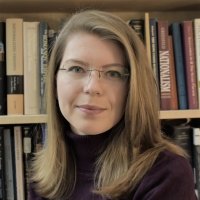 BY ALA C. GRAFF

Over the past year, the Russian news media have faced intensifying pressures. In May 2020, Russia’s leading independent newspaper, Vedomosti, was bought by businessmen with suspected links to the Kremlin. In December, the State Duma passed legislation punishing online slander with jail terms and large fines; critics fear the new law could be used to stifle dissent. Most recently, Russia’s media watchdog has threatened to fine TikTok, Facebook, Telegram, and VKontakte for not deleting posts about the unsanctioned protests in support of Alexei Navalny on January 23 and 31.

While these developments make an unmistakable impression, they echo historical practices of the Russian state’s co-optation and censorship of the press. They also speak to the ways Russia’s autocratic governments have traditionally faced the main challenge posed by the press—that of oppositional politics.

Co-opting the Press
Historically, the Russian state and press have had a close relationship. From its earliest days, the Russian press has been a state project. Russia’s first newspaper, the Sankt-Peterburgskie Vedomosti, was established by a decree of Peter the Great in 1702 to publicize his modernization projects. Since then, successive Russian governments have maintained a series of official state newspapers: Sankt-Peterburgskie Vedomosti and later Pravitelstvennyi Vestnik in imperial Russia, Pravda in the Soviet Union, and Rossiiskaia Gazeta in post-Soviet Russia.

For much of Russia’s modern history, the state has held exclusive rights to publish political news and commentary. When the state’s monopoly on the press was first broken in the 1850s by Czar Alexander II, who allowed private newspapers to publish political news, it was hardly motivated by free expression for its own sake. Alexander II viewed and used the private press as an important ally to discreetly—and more convincingly than he could himself—promote the state’s agenda.

Over the past three centuries, the Russian state has thought of itself as the leader of public opinion and has viewed the press as an instrument for shaping public opinion, not as a reflection of it.

Historically, this leadership position was advanced through co-opting the newest communication technologies. Where the Czars co-opted the press, the Bolsheviks instrumentalized radio and film, and the Soviets took up television as a preferred medium. In the post-Soviet years, as TVs reached more households, the Kremlin expanded its reach with an entire ecosystem of state channels, including Channel 1, Kultura, and Russia Today.

Today, although TV remains the mainstay of state support, it has been ceding ground to the internet and social media. YouTube and recently Telegram have come to rival TV and the press. However, unlike its imperial and Soviet predecessors, today’s Kremlin has long been reluctant to engage these new technologies.

As a result, online media such as YouTube have become the home of the opposition, such as Alexei Navalny’s Anti-Corruption Fund and TV Dozhd. Telegram proved instrumental in mobilizing the 2020 Belarus opposition protests and in coordinating the recent protests in Russia.

State efforts to co-opt online media have come belatedly and have occasionally misfired. On YouTube, the fiery pro-Kremlin rhetoric of Vladimir Soloviev alienates rather than attracts the moderates. The Telegram channel Mash received a barrage of unwanted publicity for its ineffectual attempt to disprove the documentary Putin’s Palace. Government-linked efforts to discredit the January 23 protests on TikTok boomeranged because of their inept delivery.

While the Kremlin continues to be keen on leading public opinion, it faces a chasm of efficacy in Russia’s public sphere, which is increasingly interpellated by swiftly changing relationships among technology, politics, and demographics.

Censoring the Press
In its insistence on leading public opinion, the Russian state has historically demonstrated not only its outsized role in Russia’s public sphere but also its unease with political competition. In the periods when Russia enjoyed a private press free of state monopoly, such as between the 1860s and 1917, it has not only served state interests but has also catalyzed political debate and given a voice to political competition. In response, the Russian state devised a recognizable arsenal of tools to “manage” the press.

State censorship was the instrument of choice during the nineteenth century and made a publicized return in 2020, when the Prosecutor General’s Office requested that Novaya Gazeta delete an article on COVID-19 in Chechnya. The fine imposed on Novaya Gazeta and its editor hark back to the early fines designed to exert leverage on the commercializing private press.

Efforts to close newspapers in the nineteenth century led to a game of whack-a-mole. The closure of Russia’s leading pro-Western newspaper, Golos, in 1883 led to the immediate opening of Novosti in its place, mirroring the rise of Lentach and VTimes to replace the power-tainted Lenta.ru and Vedomosti. The arrests of investigative journalists and opposition figures in recent years are another throwback to Russia’s substantial history of imprisoning journalists, among them the nineteenth-century socialist editors A. I. Herzen and N. G. Chernyshevskii. Even moderate editors such as A.S. Suvorin and A. A. Kraevskii did not escape jail time and house arrest in the 1860s.

The practice of placing a newspaper in “trusted hands” remains commonplace today, just as in the nineteenth century. The transfer of ownership of Vedomosti in 2020 resembles that of Sankt-Peterburgskie Vedomosti in 1874, when a disagreement between its editor and a minister prompted a change of editorial control and ownership. Russia’s historical libel legislation offers another flexible instrument of control, with nineteenth-century laws notoriously difficult to defend against and reliant on intention. Russia’s 2021 libel laws now penalize online libel even against persons “individually unspecified” with jail terms.

Today the Russian state faces a new upsurge in public politics, but in a media landscape far more complicated and difficult for the state to negotiate and control. Platforms like YouTube, Facebook, and Telegram are transnational financial behemoths, not easily reached by Russian jurisdiction and not easily dented by fines. Their ability to spread information globally and instantaneously makes censorship difficult and pointless. Their communication functions blur the line between author and audience, as highlighted by recent court prosecutions for retweets. Today’s social media platforms achieve what newspapers only attempted: they create communities of thought. The arsenal of censorship tools that served the Russian state poorly in the past can only accelerate its demise now.

Addressing these challenges will require a revision of the state’s long-standing relationship with the press, one that moves away from the historically outsized role of the state in the public sphere. Looking to the future, a free and diverse public sphere will be essential in the development of Russia’s political and democratic culture.

Ala Graff is a historian of the Russian press and a PhD Candidate in Russian history at the University of Maryland, College Park.