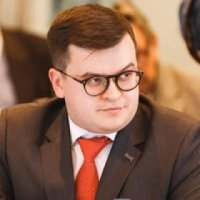 By Stanislav Andreychuk on September 10, 2020

More than 9,000 elections, at various levels of power, all of them tightly controlled and micromanaged by the Kremlin, will take place in Russia on September 13. By-elections to the State Duma in four districts, the elections of eighteen heads of regions, parliamentary elections in eleven regional parliaments, and twenty-two city council elections are among the largest. In all, more than 78,000 deputy mandates and elective positions are up for grabs.

When elections are held on such a scale, the significance of specific contests varies widely: choosing the head of Tatarstan, one of Russia’s most advanced regions, and electing council deputies in the quiet town of Shuya, 250 kilometers (156 miles) east of Moscow, are two different stories. Nevertheless, some general trends are apparent. How they play out will make this fall’s elections worth watching.

New Governors
Ever since gubernatorial elections were restored in 2012 (President Putin suspended them in 2004), the presidential administration has continued to see them as a purely bureaucratic procedure, with voters as mere extras. Over the years, the system has worked flawlessly; competitive campaigns have been rare. For the entire period of 2012–2019, direct elections of governors were held 126 times, with voters playing a real role in only a handful of isolated cases. The 2015 election of the governor of Irkutsk oblast, won by the Communist Party’s Sergei Levchenko, and unexpected results in four regions in 2018 were among the most memorable.

After 2018, this already tightly controlled system was tightened even further. The following year observers could spot a notable change: Kremlin-supported candidates ran as independents to avoid being seen as representing “the system.” The most indicative was the election for the governorship of Zabaykalsky Krai. Not a single candidate openly represented any of the parliamentary parties, that is, parties approved by the Kremlin to have seats in the national parliament, the Duma.

Collusion between government-supported parties in gubernatorial elections is routine. This fall, the signs of such collusion are notable in seven regions: Komi, Tatarstan, Chuvashia, Arkhangelsk, Bryansk, Smolensk, and the Jewish Autonomous Oblast.

In general, it appears that a model of feigning gubernatorial elections has fully formed. Its last notable “update” happened in 2019.

However, there is one way in which the 2020 campaigns are making a difference: there is increased pressure on the Communist Party of the Russian Federation (CPRF) to withdraw its candidates from certain constituencies. The communists are actively participating in the “give-away game” and are not nominating candidates for governor in two regions. Still, in another five regions their candidates were not registered because of the “municipal filter,” the requirement to collect a certain number of signatures from municipal deputies to register as a candidate. As a result of the pressure, the country’s second-strongest party will participate in only eleven of eighteen gubernatorial elections.

Nonetheless, the authorities will face problems in some regions. Along with Arkhangelsk oblast and Komi, where the memories of protests against the Shies landfill are still fresh, the main flare-up may be in Irkutsk oblast. At the end of 2019 the communist governor Sergei Levchenko, who won competitive elections in 2015, was forced to resign. Some messing around with the timing of the 2020 elections followed. This was done to make sure that Levchenko, the retiring governor, could not participate in them. However, there is a candidate from the CPRF in this election. Citizens’ impatience is running high, as Moscow does not allow them to decide for themselves who will govern the region. It is no coincidence that it was in Irkutsk that the second-largest rallies, after those held in Khabarovsk oblast, took place, in support of the arrested Khabarovsk governor Sergei Furgal.

We should probably expect a difficult campaign for the Kremlin-supported candidates in Kamchatka as well, as the Far East is becoming increasingly critical of the federal authorities.

New Regional Parliaments
This year’s intrigue is which parties will get more than 3 percent of the vote in the State Duma elections or overcome an entry barrier in at least one of the regional parliaments. Both achievements provide a party with a “parliamentary privilege”—the right to nominate candidates without collecting signatures from voters.

To collect the required numbers of signatures is a tall order. Only 10 percent of single-mandate candidates nominated by parties without parliamentary privileges are able to register. Among self-nominated candidates the share is higher, up to one-third. The exception is, as a rule, candidates “endorsed” by the presidential administration.

The party For the Truth that the writer Zakhar Prilepin, with Kremlin approval, put together last year registered the largest number of regional lists. It will try to get seats in eight regional parliaments. Many think For the Truth is now a spoiler for the veteran populists from the LDPR. If For the Truth gets a faction in at least one regional parliament, the radical-patriotic flank will be highly competitive with the LDPR forced to compete with three parties: For the Truth, Patriots of Russia, and Rodina (Motherland). The CPRF will also have three entities competing with it: KPSS, the Communists of Russia, and the Russian Party of Pensioners for Social Justice.

Another newcomer, the New People party, is expected to interfere on the liberal flank. It nominated lists in six regions and registered in four. The party’s founders are associated with the company Faberlic, which launched the Green Movement of Russia (ECA) back in 2010. Its leader was Marina Kokorina, a former commissar with the Putin-supporting Nashi movement and adviser to Vasily Yakemenko, Nashi’s founder and the first head of the Russian Ministry for Youth Affairs. If successful, the party will enter the field where the Party of Growth, PARNAS, and Yabloko are now playing, though without much success.

At the same time, Yabloko may face another competitor connected to the environmental theme, which it traditionally supports: lists of the Green Alternative party are registered in two regions.

The latest of the new projects is a strange organization called the Party of Direct Democracy, founded by the creators of the online game World of Tanks and advocating a radical overhaul of the entire party system.

All in all, the presidential administration is clearly trying to test different scenarios in this year’s elections: some districts will have a limited set of old parties in competition, some are bursting with candidates, yet others have specific spoilers for specific parties to be tested in different regions exhibiting varying levels of protest. Not everything is predetermined, and therefore these elections should be watched with attention.

This piece was originally published in Riddle and has been recast by the blog editor for an American audience.