Explore More
Close
Article
Economics and Globalization
How might the United Kingdom once again ‘Rule the waves?’
By Diana Villiers Negroponte on January 14, 2021
Share on FacebookShare on TwitterShare via Email
SharePrint
Blog post 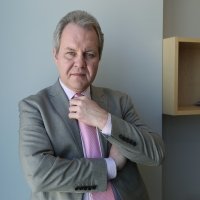 Why aren’t many Russian émigrés willing to contribute to their former homeland?

I was reminded of a striking difference between Russia and Israel when I walked past a Washington synagogue this winter. A handwritten poster hung beside the door: “We help Israel!”

Nearly 10.5 million Jews live in countries other than Israel while as few as 6.5 million reside in Israel itself. Contemporary Israel has been built (both remotely and within the country) by people who have spent years living elsewhere. Currently, Israel receives up to $8–11 billion per annum in the form of investment, aid, and remittances from abroad, donated by businesses run by Jews, Jewish charitable organizations, and individual members of the diaspora.

Russia’s diaspora is also vast, but when it comes to giving back, it’s a vastly different story. According to statistics provided by the Bank for International Settlements, which permanently keeps track of remittances from (and within) different countries, Russia is mentioned only as a donor country—which means that incoming remittances do not exceed $500 million a year.

Of the tiny amounts that actually do come into Russia from its diaspora, most come principally from Russians who have businesses registered in Cyprus, the Virgin Islands, and other offshore tax havens. In other words, almost all the funds reentering the country are the same monies some charge were stolen from Russia’s tax revenues in the first place.

Like the Israeli diaspora, Russia’s diaspora is not lacking in scale and a strong sense of identity. More than 6.5 million people have left Russia since the 1980s (in addition to the earlier waves of emigrants). There are also more than 7 million ethnic Russians, born abroad and having either one Russian parent or two, who have never spent any length of time in Russia. More than 4 million citizens who held Russian passports 20 years ago (or hold them to this day) live in EU member states. Many ethnic Russians (or citizens of Russian descent, if you prefer) have successfully integrated into host societies and are pursuing great careers.

So it is not as if Russians around the world are strapped for cash or struggling to adjust. According to statistics, immigrants from the former USSR to the U.S. can boast an average of 14.1 years of education, compared to the U.S. national average of 12.6 years. They are more active in business and earn 39 percent more than the average American. “Former Russians” reside mostly in metropolises or on the outskirts of major cities, making up between 2 and 5 percent of the populations of Vienna, Prague, Berlin, Paris, and New York. More than 10,000 work as scientists and professors in American and European universities and research centers. Citizens of Russian descent are also among those entrepreneurs who control assets outside Russia with a total market value exceeding $1 trillion—almost equivalent to Russia’s GDP at today’s market exchange rate.

A question arises: Do émigré Russians really believe their homeland is so rich and successful that it does not require their support?

Clearly, this is far from being the case. I do not even care to mention the dire state of a number of regions, the flawed educational system, the impoverished elderly, or the spread of AIDS. I am speaking of average GDP per capita, which is precisely at the same level as Mexico’s (Russia ranks 63rd and Mexico 62nd, according to IMF rankings, and 65th versus 66th according to World Bank rankings). However, Mexico receives up to $28 billion from its émigré community per annum whereas Russia gets less than $500 million.

It is not as if Israel and Mexico were the only countries with an active diaspora. The Russian diaspora, however, seems unique for its lack of engagement. There are many examples around the world of peoples whose former compatriots did not sever their ties with their homelands, including economic ties. The people of Armenia are one such example. Three million of the approximately 12 million Armenians live in Armenia. Up to $2.5 billion (equivalent to 21–23 percent of GDP) is remitted to this small country by expatriates every year. Since 1991, direct investment by members of the diaspora has exceeded $5.5 billion. The contribution by the 5 million Albanians living outside the country is equally significant. They transfer up to $2.2 billion to their homeland every year. In Albania as in Armenia (and, frankly, many other states), there are ministries of the diaspora that strive to improve the country’s attractiveness.

The 1980 reforms in China would not have been successful had ethnic Chinese living in the more developed countries of Asia and the U.S. not offered their support: during the first stage of economic transformation, up to 70 percent of foreign investment in the People’s Republic of China came from Chinese nationals living abroad (currently, Armenia enjoys the same level of support from its citizens living overseas). The contribution of émigrés from India to the economic development of their homeland is equally important. That does not yet mention the constant cultural exchange between the diaspora and the local population, which is of utmost importance from the point of view of modernization since it involves including a given people in global civilizing processes.

Even if we stick to the purely economic nature of the problem, it is difficult to overestimate the scope of emigrants’ ties with their societies of origin. According to experts at the 2015 World Economic Forum, they transferred to their home countries a record total of $582.5 billion. If that figure were the GDP of a country, the country would be among the top 20 economies in the world. China and India top the list by far, receiving $60–65 billion per annum from expatriates, far greater than the amount of annual foreign direct investment in these countries. Some states—those less economically developed—receive remittances equivalent to 40–45 percent of their GDP from their former citizens. However, although one may assume that assistance is targeted at poor countries first and foremost, this is not strictly true.

For instance, Mexico receives approximately $28 billion in remittances from its citizens in guest worker programs elsewhere and up to $7.5 billion in investment from companies owned by newcomers from Mexico (mainly in the U.S.), although the income of a Mexican American is one-third less than that of a non-Mexican American on average. In Mexico itself, the average GDP per capita was $9,400 in 2016. Approximately $18–20 billion is remitted annually to Egypt from abroad, or four times the income generated by the “gem” of the national economy, the Suez Canal, which was expanded and modernized between 2014 and 2016.

Moreover, no government has developed a special program designed to support those who have left the country voluntarily. On the contrary, a number of different states and societies expect assistance and investment from expatriates. Israel or Armenia does not finance the construction of synagogues or churches abroad (suffice it to recall how difficult it was to collect donations to finance the construction of a new Armenian church in Moscow). However, the Russian presidential administration is building a church in Paris while millions from the budget are spent on projects aimed at promoting “the Russian idea”—projects from which only a few organizers and executors will benefit.

Which leads us to a simple question: Why doesn’t Russia, which is constantly bragging about the pan-Russian world, the country’s greatness and uniqueness, not elicit material expressions of affection and gratitude from those who used to be (or still are) part of it?