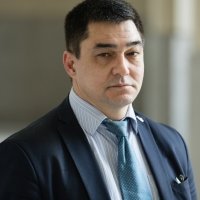 Though incidents of repression, unjust sentences, and politically motivated prosecutions in Russia are beginning to seem commonplace, the first-ever criminal cases opened under Article 284.1 of the Criminal Code mark one more step in the Kremlin’s march toward increasing political repression.

This article provides for a jail term of up to six years for individuals or organizations found guilty of “carrying out the activities of an undesirable organization” on the territory of Russia. It was introduced into the Criminal Code in 2015 but was first used only in 2019, and then exclusively against activists of the Open Russia movement, which was launched by and operates with the support of Mikhail Khodorkovsky, former Yukos chairman and democracy advocate.

The first case, in January 2018 against an activist from Rostov, Anastasia Shevchenko, who has been under house arrest since then, has attracted much attention. The fact that this was the first case of its kind and the tragic circumstances accompanying it—Anastasia’s daughter died in hospital mere hours after her mother was finally permitted to visit her—played a role in the mounting public interest. However, nothing came of the increased public scrutiny: it did not result in the release of Shevchenko and did not stop further criminal prosecution. In March a criminal case was opened against an activist of Open Russia from Yekaterinburg, Maxim Vernikov, and in April an activist from Krasnodar, Yana Antonova, was charged under the law. The state appears unwilling to ignite further negative perceptions of its restrictions surrounding the conditions of Shevchenko’s house arrest, and no such restrictions have yet been imposed on Vernikov and Antonova—which does not make the prosecution any less dangerous.

The main features of the Open Russia activists’ persecution have been evident in other politically motivated criminal cases, but their combined use in the Kremlin’s campaign against the organization is a relatively new phenomenon.

It is particularly noteworthy that the campaign is mounted on questionable norms in the Criminal Code. For example, the Venice Commission, the Council of Europe’s advisory body on constitutional law, found that the law on undesirable organizations interfered with freedoms of association, assembly and expression.

The very concept of an “undesirable organization” and the procedure for recognizing a foreign organization as undesirable imply arbitrariness. Although the law calls for entities so recognized to pose “a threat to the fundamentals of the constitutional system of the Russian Federation, the country's defense or state security” the extrajudicial decision-making process of the General Prosecutor’s Office does not suggest the agency feels any need to prove these circumstances. To date, the list of undesirable organizations has fifteen names, including those of the Washington, D.C.-based International Republican Institute, National Democratic Institute, and National Endowment for Democracy, along with George Soros’s Open Society Foundation. In none of these cases did the General Prosecutor’s Office identify any evidence of the threats delineated in the law.

The recognition of Russian nonprofit organizations as “foreign agents” is also arbitrary. Often quite disparate organizations are arbitrarily declared extremist or even terrorist. But in such cases, the state at least strives for the illusion of a bona fide reason to prosecute. In the case of undesirable organizations, even that illusion is missing.

The concept of “carrying out the activities” of an undesirable organization, for which criminal penalties are provided, is itself shaky. In the case of Anastasia Shevchenko, for example, the activity amounted to participation in a political rally, and in the case of Yana Antonova it involved a single instance of picketing demanding the completion of a pool and posting on the internet a video about the lack of schools in Krasnodar. In my view, the sole basis for criminalizing these activities is that Open Russia was involved in them. This kind of criminalization of legal actions is quite common in the persecution of participants in various kinds of prohibited organizations, such as Jehovah's Witnesses or the Islamic Hizb ut-Tahrir.

Legal defects in the norms under which the prosecution is carried out are aggravated by an actual falsification of charges. As it stands, a British movement with the moniker Open Russia was added to the list of undesirable organizations. But according to the law, only a foreign organization can be considered undesirable. It is not known whether the British movement Open Russia has ever existed as a formal organization or exactly what organization the Ministry of Justice had in mind when it added Open Russia to its list. The list itself does not provide an address or other details that would accurately identify Open Russia as an organization. Moreover, the Ministry of Justice has publicly stated that there are no branches of this movement in Russia—thus it cannot be an organization operating on Russian territory, as required under the law.

Activists are therefore being prosecuted for participating in an unregistered Russian movement also dubbed Open Russia, which first saw the light of day in 2016. Investigators and judges arbitrarily and unreasonably identify it with the legal UK-based entity included in the list of undesirable organizations. A lot of politically motivated criminal cases are based on similar manipulation.

Another important characteristic of this wave of repressions is their potentially mass character. Although only three activists to date have been held criminally liable, as of the end of March, according to the UK Open Russia, more than fifty activists in more than thirty regions have been fined for it as a misdemeanor, rather than a criminal offense. Since any action connected with Open Russia or even just its logo (shooting a video, reposting an article or tweet, participating in a public event) can become a cause for prosecution, it is not difficult for the police to fabricate these cases. Thus the population of potential victims of criminal prosecution for offenses of this kind is constantly expanding.

Persecutions of this kind often start to proliferate on their own. After the legislation and the first few pilot cases demonstrate to regional law enforcement officers the Kremlin’s political will, they will begin to compete in fabricating such cases. The brutal attitude of authorities toward Open Russia reflects their general course of suppressing mass organized civic activity that is conducted without state sanction, and especially activity that the government opines is controlled or supported from abroad. And since it is much easier to solve the nonexistent crimes of peaceful, publicly acting citizens than to address actual threats to society, pursuing such cases is a convenient way to improve departmental statistics and get all sorts of distinctions and rewards.

On the whole, the campaign of criminal prosecution of participants in the “undesirable” Open Russia movement demonstrates a toughening and tightening of repressive measures against peaceful opponents of the Russian government.

A previous version of this blog stated that the law was targeted to individuals and entities who posed a threat to the fundamentals of the constitutional system of the Russian Federation, the country's defense or state security, when in fact the law only pertains to entities.