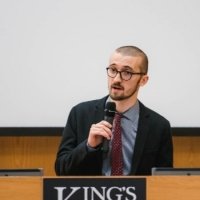 Almost three weeks have passed since a Moscow court ruled that Telegram—an encrypted messaging app created by Pavel Durov, of VKontakte fame—must be banned in Russia for failing to cooperate with the Federal Security Service, or FSB (so-called “information distributors” are legally required to make user data available to the authorities, according to a 2014 law). In that time, a crisis of the government’s making has revealed the limits of the state’s cohesion, society’s apoliticism, and society’s willingness to tolerate the state’s intrusive behavior.

The decision to ban Telegram, made after an eighteen-minute hearing on April 13, did not come out of nowhere. It marked the culmination of a months-long campaign to discredit Durov and associate Telegram with violent extremists, whose use of the messaging app is well documented yet who account for only a small fraction of its user base. Indeed, at the time of the ruling, Telegram was used by approximately 15 million users in Russia. Most were neither dissidents nor terrorists but rather ordinary Russians, who relied on the messaging app to connect with friends, relatives, and clients. Even officials and politicians used Telegram covertly and overtly: Kremlin spokesman Dmitry Peskov used the messaging app to correspond with reporters and, in the lead-up to the last presidential election, the Kremlin launched anonymous Telegram channels to shape the national conversation.

Given Telegram’s popularity, observers warned from the start that banning it would constitute “a tragic mistake,” in the words of political consultant Yevgeny Minchenko. But no one predicted the scale of the spectacle that ensued. Before the ban’s implementation, the blacklist maintained by Roskomnadzor—a regulatory agency that has become increasingly powerful as a result of the tightening of internet controls since 2011—included tens of thousands of IP addresses. It currently numbers more than 14 million, with what was intended to be a surgical strike against one messaging app turned into a broader carpet bombing campaign, as Vedomosti’s editors described it. Access to internet resources unrelated to Telegram—the websites of educational and research institutions, small businesses, foreign companies, news outlets, and even that of Roskomnadzor itself—has been disrupted in the process, and though access to Telegram has been affected, too, and not just in Russia but also abroad, the messaging app is still functioning. Roskomnadzor has defended its indiscriminate execution of the ban, but Russia’s internet giants have refused to mince their words: the most prominent of these, Yandex, calls the war on Telegram “a blow to all of Runet.”

In addition to an estimated $1 billion in damages, the collateral damage of Roskomnadzor’s ban includes the shattering of the illusion of a unitary state. Although the presidential administration almost certainly approved Roskomnadzor’s move against Telegram and defended it in public, cautioning Russians against playing cat-and-mouse with the authorities by using VPN services to circumvent the ban on Telegram, numerous officials and politicians continue to use the messaging app and have spoken out against the ban. The deputy speaker of the lower house of Russia’s parliament, Igor Lebedev, sided with Telegram’s users, saying, “No one likes it when someone looks over their shoulder.” Maria Zakharova, the Foreign Ministry’s pugnacious spokesperson, opposed the ban; so did German Klimenko, the president’s adviser on internet affairs and an outspoken supporter of the Chinese model of internet censorship. The internet ombudsman, Dmitry Marinichev, has similarly criticized the ban, joining a chorus of critics within the government. While refraining from open criticism of the ban, other officials have simply continued to use Telegram, among them Deputy Prime Minister Arkady Dvorkovich and Deputy Communications Minister Alexey Volin. State agencies and institutions also appear determined to circumvent the ban, acquiring VPN hardware and instructing employees in how to use VPN services.

Above all else, the Telegram affair should serve as a useful reminder of the fact that for all the talk of a “power vertical” with president Vladimir Putin at the top, the state remains anything but unitary and the Kremlin’s approval remains insufficient for an order to be thoroughly implemented and enforced.

Similarly, society’s response to the ban has underscored its continued willingness to challenge intrusive state behavior and the politicizing effect such behavior has on an apolitical citizenry. Indeed, despite its general indifference to politics and the affairs of the state, Russia’s society has aggressively contested Roskomnadzor’s Telegram ban in what Novaya Gazeta’s political editor Kirill Martynov has called a “civil war.” Russians are openly discussing how to circumvent the ban (and, crucially, those like it), no longer confident that the popularity of an internet resource shields it from censorship. As Vedomosti’s editors note, the Telegram affair has brought the government nothing but misery, encouraging legal nihilism—a political time bomb in a country whose laws are never meant to be enforced universally and exist to serve as coercive instruments, to be used when needed. Meanwhile, Russians find national security justifications, including the rhetoric of counterterrorism in which the Telegram ban is couched, increasingly dubious. The psychological impact of such episodes is not easily undone, and those who have become “digital emigrants,” as put by Anton Merkurov, will remain such.

Protests in Moscow and St. Petersburg on April 30 and May 1, respectively—approved by the authorities in a sign that the government is conscious of popular resentment—gave form to the public’s outrage. The first of these was attended by an estimated 12,000 people, including opposition leader Alexey Navalny. Like other recent protests, these are unlikely to effect a change in policy, and will almost surely not result in the organizers’ ambitious demands being met. At best, they will convey the extent of the government’s misstep, since Russians’ willingness to protest is currently at a record low. But the manner in which they were organized underlined the Telegram ban’s unintended politicizing effect: the protests were promoted on Telegram channels that had never before touched on politics.

That said, while the state’s intrusive behavior has alienated many Russians and given rise to (belated) concerns about digital rights, a development that may force the government to be subtler in its assault on the internet, there is little reason to expect Russians to contest more targeted attacks on digital rights. Although Novaya Gazeta’s Martynov framed Russia’s war on digital rights as “exclusively ritualistic” prior to the ban on Telegram, such a description bears little resemblance to reality. Those unlucky Russians prosecuted as criminals—and particularly those given prison sentences—over social media posts and reposts will surely disagree with Martynov, especially amid the growing number of extremism-related charges filed over online expression. A protestor in Moscow was quoted as saying that if “today [the authorities] went after Telegram, tomorrow they’ll go after mere users”; in reality, the government went after users first.

Barring a miracle, it will continue to do so; in fact, it may even grow more ambitious. As some commentators have speculated, having confronted Telegram and, in the process, Amazon and Google, Roskomnadzor may feel bold enough to take on the likes of Facebook and Twitter, foreign companies that have thus far declined to comply with legislation requiring that Russian users’ data be physically stored inside Russia. Roskomnadzor has repeatedly threatened said internet giants with proscription, though it has never delivered on that threat.

Whether it attempts to do so in the near future depends on whether the Kremlin learns the right lessons from the Telegram affair, restrains Roskomnadzor and its FSB allies, and refrains from behavior so intrusive that it divides the state and creates more political problems than it solves, and on whether a citizenry that has become less apolitical and more determined to protect its digital rights and keep the government from “breaking” Runet learns to effectively challenge Roskomnadzor and its overreach.