The rain is coming down and the prices are going up and Argentina should be sitting pretty as it watches soy exports swell tax revenues and replenish the country’s depleted dollars reserves.

Only, that’s not quite how it is playing out. Argentina’s strict capital controls, high export taxes and overvalued peso have led farmers to store, rather than sell, their harvested crop. Their hoarding reflects widespread expectations of a steep devaluation. Argentina’s official exchange rate values the peso at more than twice the unofficial rate, and a devaluation would boost the value in pesos of the soy sitting in silobolsas.

That’s all well and good for the farmers, but Argentina’s government, including its central bank, are waiting impatiently for the sale of all that soy. Meanwhile, this isn’t the first clash between a Peronist government and Argentina’s powerful farmers in recent years. In 2008, after President Cristina Fernández de Kirchner hiked export taxes, farmers blockaded highways and stockpiled crops. In response, pro-government vandals slashed silobolsas across the fertile Pampas.

To avoid a similar stand-off, in October, President Alberto Fernández temporarily reduced export taxes by 3 percent to bring more soy to market and open the spigot for dollars to flow into Argentina. So far, however, the yawning exchange rate gap is keeping the soy just where it is. 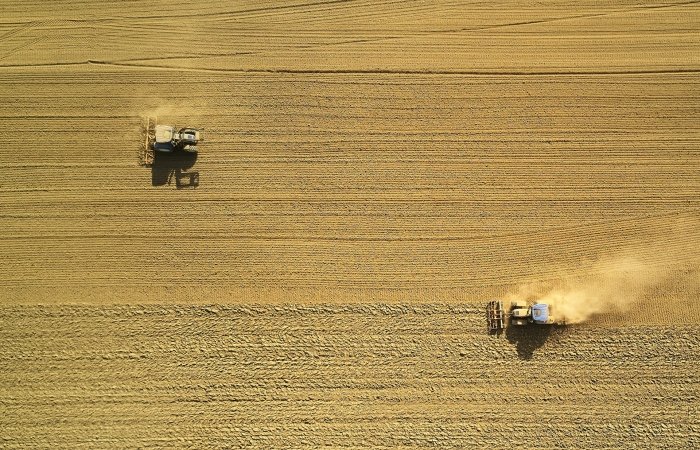 Article
Coronavirus
COVID-19 and Farm Labor after 6 Months
By Philip Martin on October 13, 2020

Article
Food and Agriculture
Women and Men in Farm Work in Mexico: Trends and Gaps, 2005-2019
By Agustín Escobar Latapí on October 1, 2020

Article
Economics and Globalization
Infographic | Land Ownership in Mexico, From the Colonial Era to the End of the 20th Century
By Alexandra Helfgott on September 29, 2020

Article
Food and Agriculture
The CAW at 30
By Philip Martin on September 29, 2020

Article
Food and Agriculture
Farm Workers in Mexico and Turkey
By Philip Martin on September 29, 2020