Stewardess as Aerial Ambassador: What Gender Can Reveal about U.S.-Jamaican Foreign Relations 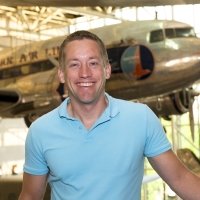 Phil Tiemeyer explores the role of gender in understanding Cold War relations. Jamaican stewardesses provide an interesting insight into the influence of the US to how other nations perceive gender in the context of the Cold War.

When the new Air Jamaica took flight on April 1, 1969, Kingston’s Daily Gleaner newspaper published an eight-page special section, hailing the new country’s first foray into flight as a major step towards a more modern future. The new jets, though American-built, would be managed by Jamaican executives, maintained by Jamaican mechanics, and flown by Jamaican pilots—partly at first, before full “Jamaicanization” would come about.

The journalists were equally engrossed with Air Jamaica’s most fully “Jamaicanized” employees—its cadre of 58 stewardesses. Here, however, the rhetoric of progress was muddled. Under the caption “Some rare tropical ‘birds’” came headshots of the women and brief bios.[1] The headline reveals a perplexing tension: as Air Jamaica supposedly solidified the new nation’s ascent into modernity, the working women aboard these planes would also ascend, but only as dehumanized “birds.”

This sexist portrayal was not an isolated incident, but instead was a deliberate marketing strategy imported from the United States. The main inspiration was Braniff Airways’ bold 1965 rebranding that jettisoned the military-inspired uniforms commonplace at all airlines. Braniff instead issued vibrantly colorful, form-fitting, layered stewardess outfits, some of which were then discarded in flight, in a so-called “airstrip.” As though performing a striptease, flight attendants took off more clothing each time they passed down the aisle.

As could be expected, the Braniff esthetic exacerbated difficult workplace issues for stewardesses: catcalls, unwanted touching, unsolicited invitations for company—all things now labelled sexual harassment or abuse. But this new look could also claim to be “modern,” in that it adhered to the latest trends and embraced the sexual revolution that was brewing in the Global North. Indeed, the Florentine fashion designer Emilio Pucci, famous for accenting Hollywood sophisticates like Sophia Loren to give them a cosmopolitan mystique, was the mastermind of this new aesthetic.

Back at Air Jamaica, the same tensions between modernity and sexism played out, though within the very different context of post-colonialism. As such, Jamaica’s stewardesses would confront the uncertainty of whether modernization would be attained through imitation of the “cosmopolitans” of the North, even if alienating longer-held cultural gender norms. After all, the pillars of Jamaican society—conservative Christianity, a British colonial legacy, a Garveyite-inspired black nationalism, a powerful labor movement—all enforced a stricter coda of female modesty in public and at work. Instead, the main ingrained cultural component that held sway with Air Jamaica’s executives was Jamaicans’ attachment to beauty pageants—such as Miss Jamaica and Miss World—which themselves were cultural imports under colonialism.

Air Jamaica became the first non-US airline to imitate Braniff’s and other American copycats’ sexy stewardess campaigns. The new jets were painted a bold mix of colors, while stewardesses wore short-sleeved dresses that were “a five inch above the knee mini,” designed to expose ample skin on legs and arms. The colors for the minis—like the planes themselves—were inspired by the tropics: “green, lime yellow, and cerise. Each is trimmed with one of the other colours.”[2] The uniforms were designed by a famous Jamaican beauty queen herself, Marguerite Kirkpatrick, a former Miss Jamaica who now ran a fashion design company and modeling agency. Kirkpatrick became the first head of In-Flight Services and ran the stewardess training program—replete with lessons in cosmetics and proper demeanor.

As at Braniff, Air Jamaica’s uniforms wouldn’t remain on for the entire flight. Long flights included fashion shows, with stewardesses modeling outfits and swimwear from Jamaican designers. The airline’s logo—the Doctor Bird—was christened the “Love Bird,” a name applied both to the airline and its stewardesses. As an early print ad summarized, “Our Rare Tropical Birds model the latest resort wear to authentic island music. And then spare that little bit of extra time soothing and serving you in a special, Jamaican way.”[3]

All of this was done, of course, to appeal to the airline’s core customer base: American tourists, who comprised over 80 percent of ticket-buyers, and often brought their neo-imperialist sexual desires with them on their tropical getaways. As such, the symbolically modern introduction of the jet plane and the new airline—so tied to Jamaica’s development—rendered a strikingly pre-modern result: the primitivization of Jamaican women via Americans’ sexual desires.

Today, of course, the US has progressed from its most heinous flirtations of overtly sexualizing women workers. This fact allows a perception to arise that treats misogyny as a Jamaican cultural trait, exemplifying the country’s cultural backwardness. Together with homophobia, sexism is seen as indicative of Jamaica’s development gap.

However, the history of Air Jamaica’s stewardesses cautions against such simplified narratives, as the anti-feminist trappings of this job were themselves largely cultural borrowings from the North. When one considers Air Jamaica’s stewardesses, this harsh reality becomes more visible. And it provokes a key question for cultural historians and foreign policy analysts: to what extent are Jamaica’s anti-feminism—and, later, its homophobia—actually cultural imports?

The photo of Air Jamaica stewardesses, circa 1971, is published with the permission of the Ministry of Finance of the Government of Jamaica, the legal custodian of Air Jamaica's archival holdings.