A Stolen Season, or a Glimpse of a Cleaner Future? 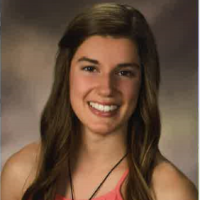 A Stolen Season, or a Glimpse of a Cleaner Future?

At the height of the COVID-19 lockdowns, global carbon dioxide emissions dropped to a level not seen since 2006. This reprieve was refreshingly evident in Latin America’s notoriously polluted cities. In Lima, for example, just days after the start of the lockdown, air pollution had dropped to three times below the previous year.

These improvements are important for long-term health, but they might be too late to help city dwellers during the pandemic. A recent study found that individuals in areas of high-particulate air pollution are 8 percent more likely to die from COVID-19. It is well known that extended exposure to air pollution weakens immune systems. That has left tens of millions of Latin Americans exceptionally vulnerable, as several Latin American cities have some of the worst air pollution in the world and the region is the global epicenter of COVID-19.

In 2016, the Pan-American Health Organization estimated that over 150 million people in Latin American cities are exposed to dangerous air pollution. The health effects are costly, estimated at 1 percent of GDP annually, on top of other economic losses, such as lower crop yields.

Worse, the impacts of air pollution are not spread equally. Urban inequality means air pollution disproportionately affects low-income communities, as poor neighborhoods are typically nearer to highly polluted areas.  The poor also breathe unhealthy air in rural regions, due to the widespread use of wood for heating and cooking. The health consequences of poor air quality compound the struggles for the region’s poor, who also suffer from limited access to healthcare and high rates of asthma, heart disease and diabetes.

It is impossible to reverse the damage of decades of air pollution during this outbreak, but the apparent link between dirty air and severe COVID-19 outcomes has highlighted the urgency of government action to ensure cleaner air for the future.

Campaigns to address the region’s poor air quality have come and gone for years. Last year’s global celebration of World Environment Day, for example, raised the battle cry, “Beat Air Pollution.” In Latin America, where at least 300,000 premature deaths every year are blamed on dirty air, campaigners showcased the efforts of cities such as Bogotá and Montevideo that have committed to improving air quality and participate in the BreatheLife initiative. In Lima, a community bike ride demonstrated the public commitment to greener transportation. In Ecuador, young people planted a thousand trees. But before COVID-19, emission continued to increase.

The drastic reduction in air pollution during the region’s lockdowns has offered temporary relief. It also provides a vision of a potentially cleaner future, should national and city governments pursue meaningful reforms, such as a speedy transition to clean energy, bike and pedestrian friendly communities and improved telework regulations.

If leaders take rapid action, a greener future could greatly improve public health in Latin America, and make sure the blue skies that have emerged during the pandemic stay that way even after lockdowns end.