The 'Anti-Prague Spring': Neo-Stalinist and Ultra-Leftist Extremism in Czechoslovakia, 1968-70

Kevin McDermott and Viteslav Sommer explore the role of Neo-Stalinist and Ultra-Leftist extremists in the Prague Spring of 1968.

The Prague Spring has attracted much scholarly attention in the past fifty years. Historians have exhaustively documented the policies, strategies and tactics of the Czechoslovak political mainstream in 1968-69: the 'centrist' and 'progressive' reformers in the Communist Party of Czechoslovakia (KSČ) led by Alexander Dubček and their 'conservative' adversaries who sought to curtail any substantive change. But very little is known about the extremes of political life during the Prague Spring, on the one hand, the ultra-reactionary 'neo-Stalinists', who categorically rejected the vision of 'socialism with a human face' as an attempt to restore capitalism in Czechoslovakia, and, on the other, those rather nebulous 'anti-communist forces', who had never reconciled themselves to the existence of the communist system. The symbiotic relationship between these two poles of opinion is historically salient because it indicates a darker, 'uncivil' side of the Prague Spring reminding us that Czechoslovak political culture is more heterogeneous and composite than the standard Masarykian 'democratic-humanist-pluralist' mythology.

Our focus here is on neo-Stalinist extremism in the KSČ, an approach which affords a fresh angle on Czechoslovak developments in 1968-70. We will briefly address three questions:

So, who were the Czech ultra-leftists? There was no single, organised neo-Stalinist faction in the party: the hard left was a conglomeration of groupings, cliques and individuals, who in purely numerical terms were marginal - perhaps no more than 2-3% of overall party membership. But their influence was disproportionate to their numbers. First, there were the so-called 'old communists,’ most typically represented by Josef Jodas, a 65-year-old founding-member of the party praised by Soviet General Secretary Leonid Brezhnev. Jodas had suffered under the Nazis and in 1968 led a group of veteran Prague hard-liners. Second, there were quite a few top party, state, and security officials, including Antonín Kapek, a Central Committee member and one of the signatories of the notorious 'Letter of Invitation' sent to the Kremlin requesting 'fraternal assistance.,' Third, there were mid-level apparatchiks, journal editors, academics, and officials in influential bodies, some of whom had personal links with Soviet diplomats. Finally, there were several regional party figures, bosses of leading enterprises and a handful of intellectuals, who were all closely associated with ultra-leftist positions.

What motivated and united these rather disparate elements? First, it was their implacable suspicion, bordering on an innate antipathy of 'intellectuals,’ often accompanied by implicit or explicit anti-Semitism. Second, it was their embedded fear that reform threatened not only the 'holy of holies' - the unity and leading role of the Communist Party - but ultimately the very existence of socialism, the epitome of which was the Soviet model imported into Czechoslovakia after February 1948. And third, it was their conviction that virulent 'anti-communism,' bordering on violent opposition, was rife in society and was beginning to infect the party itself in the guise of 'elitist' reformers, journalists, and writers.

As early as February 1968, the neo-Stalinists accused the reformers of carrying out a 'bourgeois putsch' in the party with the ultimate aim of overthrowing the socialist order. This was indeed a crude assessment, but archival sources indicate that important aspects of their critique of the 'renewal process' did find resonance among a fairly broad stratum of the party.

For example, their scurrilous attacks on pampered, selfish 'intellectuals,’ especially journalists, were widely replicated in party ranks. In addition, the ultra-leftists' anti-Semitism reflected a disturbingly widespread malaise in the Czechoslovak party and, more broadly, in society itself. And finally, and most significantly, the neo-Stalinists' fears about the sacrosanct 'leading role of the party' and the future existence of socialism were commonly expressed at all levels of the party - that is, Dubček's 'socialism with a human face' appeared to threaten the very founding principles of Marxism-Leninism.

In sum, regardless of their numerical frailty the impact of the neo-Stalinists on the Czechoslovak party in 1968 and beyond was considerable. Their criticisms of the reforms helped to engender disorientation, doubt, confusion, and scepticism among the faithful about the future direction of the party and its renewal strategy. It is quite possible that this influence may have inclined Dubček and his colleagues to tread carefully in their mooted reforms.

So, in conclusion, what is the broader historical significance of this tiny and ostensibly inconsequential band of neo-Stalinist reactionaries? A focus on the ultra-leftists is important because it challenges the conventional narrative of 1968 which portrays the Czechoslovak party as essentially united around reformist politics with merely a handful of conservatives and old Stalinists conspiring with Moscow against Dubček's leadership. Moreover, the traditional, and to some extent nationalist, interpretation of the Prague Spring as a whole is informed by the image of the nation solidly behind reform, aside from a tiny band of 'traitors' who acted clandestinely against the will of the vast majority of the population. The reality was somewhat more complicated than this sharp unequal binary. Although the bulk of party activists were indeed convinced of the necessity of a 'renewal process,’ there was a tenacious core of rank-and-file sectarians vocally airing their grievances and promoting the thesis that 'counter-revolution' was stalking Czechoslovakia; there were powerful ultra-conservative officials connected with Soviet diplomatic and, possibly, security circles; and, significantly, there were swathes of regional functionaries, party members, and industrial workers who were alarmed by the potentialities of the Dubčekite project, confused by 'intellectual' reformist politics, and concerned that the party could lose its capacity to follow the socialist path of development.

From this, we conclude that it was precisely these diffuse undercurrents that were gradually mobilised in the fraught months after the Warsaw Pact invasion to affect the relatively smooth transition from the Prague Spring to pro-Soviet 'normalisation'. This baleful development, beginning already in autumn 1968 and continuing into 1969 and 1970, was not simply the result of purges, opportunism, and careerism, but was also the product of embedded fears of change, the state of inertia, and the confusion apparent among many party members and officials, both before and after the Soviet invasion. It reflected the desire for the 'quiet life' and 'business as usual' in the ranks of the party, and, above all, the strong residual belief in the party's 'leading role,’ which Dubček's reforms appeared to threaten. After the Soviet invasion, the neo-Stalinists helped to rid the party and social and cultural institutions of 'counter-revolutionary right-wing elements,’ but by 1970 their radicalism and ideological fervor was no longer required by a 'normalised' regime that sought the 'restoration of order' and a 'third way' between the Stalinism of the 1950s and reform communism of the 1960s. 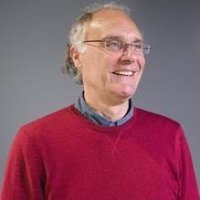 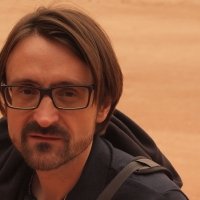 Masaryk Institute and Archives of the Czech Republic