Explore More
Close
Blog post
Nuclear History
The Soviet Union and the Atomic Bombings of Hiroshima and Nagasaki
By Sayuri Romei on August 4, 2020
Share on FacebookShare on TwitterShare via Email
SharePrint
Blog post

The CIA and the Soviet Heavy Water Project 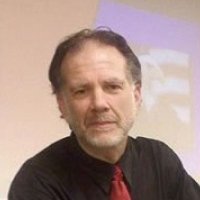 Why the CIA failed to accurately predict the first Soviet atomic test.

The Soviet Union conducted their first atomic test on August 29, 1949—nearly three years sooner than US experts had predicted.

Located near Chelyabinsk, the once-secret city in the southern Ural Mountains, Plant A at Combine 817 was the graphite-moderated nuclear reactor that produced the plutonium for this first Soviet atomic test. Two publications that discuss what the CIA knew of the Soviet atomic program are Henry S. Lowenhaupt’s "On the Soviet Nuclear Scent” written in 1967 for the CIA’s Studies in Intelligence and in Tad Szulc’s “The Untold Story of How Russia ‘Got the Bomb’” published in the Los Angeles Times in 1984. Neither, however, delve into what the CIA knew of the Soviet heavy water and nuclear power programs.

In response to my 2015 FOIA request and appeal, the CIA’s Agency Release Panel (ARP) recently released two relevant documents, both issued in the 1950s by the Office of Scientific Intelligence.

One of the released documents is a 1951 “top secret” working paper, “not an official CIA issuance.” The stated objective was to determine what was known of “Soviet and Soviet sponsored research and development on the quantity production of heavy water in order to determine Soviet technical capabilities for such production in the period 1940–1948.” Unfortunately, portions of this CIA working paper remain classified.

The second released document is a one hundred page 1958 “secret” technical evaluation of the Soviet nuclear power program, prepared as an aid to intelligence analysts and others concerned with the subject matter. To accelerate the dissemination of this information, the CIA minimized its editorial review. The objectives of this latter report were twofold:

Analysts created these estimates by analyzing each power reactor (built or planned) in detail. They also evaluated Soviet accomplishments in reactor physics and the development of reactor materials (fuels, coolants, moderators, etc.). As part of their analysis, the CIA estimated the cost (by US standards) of the electric power produced by each type of nuclear power station, along with their suitability for propulsion applications.

The "Total Power Costs" concerning the Soviet APS, Station No. 2, for example, included plant investment, operating and maintenance, and fuel costs. The electricity costs for each reactor type depend on a number of factors including the costs of power plant construction, the costs of the moderator if heavy water was to be used, the amount of uranium fuel and the percentage of uranium enrichment required, the costs of fuel element fabrication including cladding type, and the costs of fuel reprocessing if recycled reactor-grade plutonium was to be re-used as fuel.

Analysts also estimated which types of nuclear reactors the Soviets were considering for construction in the near future, and which they were not. For example, knowing that the Soviets had only two heavy water plants (with a total capacity of approximately 100 tons of heavy water per year) enabled the CIA to conclude that “no large [Soviet] nuclear power plant using D2O as the moderator [was] planned in the near future.” This is because the average nuclear power station required 100-250 tons of heavy water, as described in the Soviet Journal of Atomic Energy.

The CIA’s analysis relied on two available sources of information: The small collection of official or semi-official statements by officials or workers in the Soviet program and “the fairly extensive body of openly published technical literature.” Unfortunately, most of this literature was out-of-date within a year or two.

The following extract was “designed to present the most significant information obtained from the Repatriation Interrogation Program” between September 23 and October 12, 1949. Incidentally, Chirchik, near Tashkent in the Soviet Union, was a heavy water plant, not an “atomic energy plant.” In 1949, the Soviet Union could hardly afford their one and only breeder reactor, the one located at Combine 817 in the Ural Mountains:

It is reported that a plant, rumored to be a nuclear energy plant, is located 2.1 miles southwest of the city’s railroad station. According to one repatriate, the installation appears to be recently constructed, and covers an area approximately 2.4 miles long and 0.6 mile wide. The entire area is surrounded by a thirty feet high electrified and well-guarded wire fence. The plant consists of six brick buildings, each measuring 540 feet by 150 feet and thirty feet high, and ten smaller structures of similar construction.[i]

Given the age and paucity of intelligence on the Soviet nuclear program, the US was shocked, not only by the timing of the first Soviet atomic test in 1949 but also by the timing of the first Soviet thermonuclear weapon in August 1953, which the CIA’s History Staff said came “a scant nine months after the first US test of a hydrogen bomb…Thus, new and extremely powerful weapons were coming into the hands of a government whose actions greatly disturbed the leaders of the West.”

To produce plutonium for an atomic bomb, the Soviets would have needed (in addition to uranium) large quantities of either heavy water or pure graphite. According to that 1951 “top secret” working paper on Soviet and Soviet sponsored heavy water research, the CIA knew the Russians were able to produce heavy water on a large scale, unaware they had decided instead to produce plutonium in a graphite-moderated nuclear reactor. During a 1946 meeting between Josef Stalin and Igor Kurchatov, the head of the Soviet nuclear program, Kurchatov said they had decided to go with graphite for the sake of expediency.[ii] Similarly, in 1942, Glenn Seaborg, famous for his discovery of plutonium, wrote in his journal how the production of plutonium by means of a heavy water pile was “the best second line of defense.”[iii]