The Cold War Battle for “Hearts and Minds” 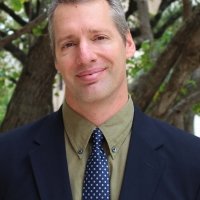 Understanding the US delay in joining the global battle for persuasion

Understanding the US delay in joining the global battle for persuasion

One of the mysteries of the Cold War battle for “hearts and minds” abroad is how long it took Washington to engage it seriously. How could the land of P.T. Barnum, Edward Bernays, Henry Luce, and “Don Draper” be so slow to join a global battle for persuasion?

Depending on where one dates the start of the Cold War, the founding of the United States Information Agency (USIA) in 1953 is between a half- and a full-decade late in arriving. Once it did, the USIA overcame its late start to deploy full-spectrum public diplomacy on a worldwide scale – ironically going on to outlast the Cold War itself by ten years.

Yet given the American vision of the superpower conflict from its earliest stirrings, its slow start is mystifying in retrospect.

The mystery deepens when one considers the US media-warfare experience in World War II and the postwar immediacy of Soviet competition on this front. During World War II, organs such as the Office of War Information (OWI) and the Voice of America delivered a mix of news and propaganda to home front, foreign, and battlefield audiences. While some in the civilian and military leadership nursed skepticism about the efficacy of this outreach, some of its later avatars came away from the experience utterly convinced.

General Dwight Eisenhower, whose administration would later found the USIA, saw its usefulness in combat zones and believed that it could be similarly applied in time of peace. Edward R. Murrow, who would later serve as USIA Director, made his name with his wartime reporting, and his celebrity led him to the same conclusions as Ike.

As World War II wound down, anecdotal evidence arrived that the Soviet Union agreed. US diplomats in the Middle East reported hearing Soviet broadcasts in Arabic in the region  as early as 1945. The Truman administration, though, was unpersuaded. They permitted the wartime information apparatus to be largely dismantled as part of the broader demobilization from a war footing. Notwithstanding OWI veterans like Archibald MacLeish who continued to brainstorm an American script for the wider world – and continued to lament the lack of an effective network through which to pitch it – Washington more or less abandoned the field.

The Truman administration’s own view of the matter in its “declaration” of Cold War deepens the mystery further. When, in winter 1947, British insolvency led London to withdraw from the Eastern Mediterranean, Washington applied the strategic logic of George F. Kennan’s “containment” in issuing the Truman Doctrine. The Doctrine is remembered for extending the wartime binary division of the world into “free” and “totalitarian” camps, and for its support of anticommunist forces in Greece and Turkey to this end.

Less well remembered is the second plank of its indictment of totalitarian regimes: their reliance “upon terror and oppression” via “a controlled press and radio.” The Truman Doctrine thus foregrounded both the worldwide scale of the threat and the importance of mass media to it. Yet it would be six years before the USIA was founded to comprehensively use the latter in facing the former. Why?

The explanation lies partly in American political culture, and partly in uncertainty about the impact of revolutionary technological change. Promoting a US Cold War agenda to foreign publics struck many in Congress – arguably correctly – as propaganda, a term in bad odor. Some feared, in addition, that any such machinery could end up exerting a destructive influence on domestic politics. Even proponents worried that adding a public-relations dimension to matters of international security was playing with fire. The European dictatorships had shown the power of new media technologies, above all radio and film, and shown that their consequences when combined with power politics could be difficult to predict or control.

However the main explanation can be found in the “mental maps” the Truman administration used to navigate the early Cold War. Despite rhetoric that acknowledged both the global nature of the emerging East-West conflict and the power of mass media within it – and despite the fact that much of the earliest postwar violence and tumult erupted in areas Washington saw as peripheral – US focus centered almost completely on Europe. The early forays into public diplomacy were concentrated there, promoting, for example, Marshall Plan cooperation. Although the launch of the Cominform in late 1947  convinced the Truman team that the propaganda battle was beginning to spread in earnest beyond Europe, it did not lead them to create a truly global response across multiple media platforms.

It would take the outbreak of war in Korea – far from the European frontlines, and requiring in-theater and regional information operations – to enlarge Washington’s mental geography commensurate with the conflict that the Truman Doctrine had declared and with the media’s power to shape it.

Jason Parker explores the history of US public diplomacy in his book, Hearts, Minds, Voices: US Cold War Public Diplomacy and the Formation of the Third World.