The Origins of Japan’s 'Nuclear Allergy' 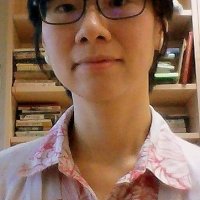 Since the 1960s, scholars, journalists and officials have discussed Japanese anti-nuclear sentiments in terms of "allergy." Shi-Lin Loh explains the origins and evolving meaning of this term.

Image: A behind the scenes shot of the 1954 Tōhō film Gojira, showing the original Godzilla as an ancient radiation-breathing monster awakened by the hydrogen bomb. Released months after the Lucky Dragon accident during the Castle Bravo test, the movie spoke to Japan's victimization by nuclear weapons." Source: Wikimedia Commons.

Japan is famed for its strong, broad-based opposition towards nuclear weapons. This public aversion stems from knowledge of the atomic bombings and US hydrogen bomb testing in the 1950s. Following the disaster at Fukushima, its targets now include nuclear power generation.

Since the 1960s, scholars, journalists and officials have discussed Japanese anti-nuclear sentiments in terms of allergy, invoking various degrees of analogy to the medical condition of a hypersensitive immune system that causes everyday substances to induce damaging reactions in the body. A 1968 memo from the FRUS archives, for instance, uses the term. More recently, so does Aron Wooink’s 2017 report in The Diplomat (which offers the bonus metaphor of neuralgia), a 2013 chapter by James Schoff and Richard Samuels on Japanese deterrence policy, and Peter Wynn Kirby’s 2011 essay for the Daily Beast on how Fukushima “inflames” Japan’s nuclear antipathy.

The term frequently also appears in Japanese mass media and scholarship. For instance, in an op-ed by Yoshida Fumihiko for the national daily Asahi Shimbun and a journal article by Karasudani Masayuki on the nuclear submarine debate in 1960s Japan, both from 2016.

It is unfortunately far harder to ascertain the exact provenance of “nuclear allergy”. Severaltextscite a statement that John Foster Dulles supposedly made following the Bikini (or Lucky Dragon No. 5) incident in March 1954, after a Japanese tuna trawler became collateral damage in the Castle Bravo H-bomb test. However, none of these citations provide a source from Dulles, and I have yet to find the term in English-language government records or newspapers from the 1950s.

(In English-language sources, looking for “atomic allergy” rather than “nuclear allergy” might yield results. A quick search of the digitized records of the Foreign Relations of the United States series, however, shows no mention of either variant for the term, although the 1955 report for Japan describes the reaction to Bikini as “pathologically sensitive.”)

In fact, from the available evidence, it seems more likely that the term originates in the 1950s or 1960s from a Japanese source. Some suggest the media executive and nuclear booster Shibata Hidetoshi, who recalled in his 1985 memoir that his countrymen suffered intense anger towards nuclear power, an “atomic allergy” of irateness swelling like a mushroom cloud.

When Shibata first said this, however, is unclear. The earliest mentions of this term (kaku arerugī 核アレルギー) in Japanese public discourse appear in 1964, during the controversial visit of a US nuclear-powered submarine to Sasebo Port in Nagasaki (the first of many times into the 21st century [English text]). As Gavin Hook noted in 1984, the original term used in this early reporting was “nuclear weapons allergy”, but this was elided to “nuclear allergy.” The Foreign Ministry archives of Japan may hold more leads.

Industry consultant Ryukichi Imai, in a 1970 article for the Bulletin of the Atomic Scientists, suggested that Japanese conservatives coined the term "nuclear allergy" to describe what, by implication, they saw as unwarranted anti-nuclear sentiment in their country.  Four years earlier, Japan Socialist Party politician Narazaki Yanosuke used the term in a Diet debate on 21 April, 1966, to lambast the US and Japanese governments for trying to “numb” Japanese citizens’ antipathy to nuclear weapons through normalizing their presence on Japanese soil via the US-Japan Mutual Security Agreement.

Those who invoke “allergy” pejoratively do so to critique opponents of Japan’s nuclear energy policy and its role in US nuclear strategy in East Asia. Conversely, those who invoke the term sympathetically use it to articulate Japan’s suffering in the nuclear age and to critique their pro-nuclear opponents.

Discourse analysis can play a critical role in historical understanding. In this case, identifying the valences of political metaphor illuminates how nuclear issues are framed by actors in states and civil society. Hook’s classic article, mentioned above (and appropriately published in 1984), examines the “nuclear allergy” as political metaphor.

I am also reminded of Carol Cohn’s memorable exegesis, from 1987, on how images of sex and death pervaded nuclear strategic thought amongst American defense intellectuals. In this analytical trajectory, the term “radiophobia” presents an intriguing analogue to “nuclear allergy” as a term that gained prominence post-Chernobyl, and whose origins are also unclear. Comparative research into the Japanese and Soviet cases might yield exciting new insights.

Assistant Professor in the Department of History, National University of Singapore
Read More