The Paradoxes of Polish-Ukrainian Relations 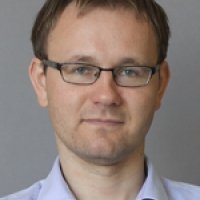 The narrative that Polish-Ukrainian relations are in crisis is too simplistic. An obvious problem lies in the two countries’ different perceptions of the tragic past and the politicization of history, but less recognized is that they are engaging in an unprecedented level of cooperation in other spheres. Poland’s support of Ukraine in matters of strategic importance is undeniable but goes largely unnoticed. Part of the problem is that confidence has been undermined and there is poor communication between the sides.

From media reports and various experts’ opinions about the current state of affairs between Poland and Ukraine, one could easily conclude that historical issues dominate all else. Traditional news media and websites in both countries are replete with stories pointing up deteriorating relations between Warsaw and Kyiv as a result of disputes over the interpretation of historical events shared by the two countries. If we limited bilateral relations just to the assessment of events from the World War II era, they would certainly seem to be at a critical juncture. But a broader perspective yields a different diagnosis.

History does matter, of course, and for both sides. But here Poland and Ukraine are not so unlike their neighbors, most of which have conflicting views on some historical events, and the different interpretations have to be dealt with sooner or later. One such difficult episode that has proved a sticking point in Polish-Ukrainian relations is the massacre of Poles in Volhynia and Eastern Galicia carried out in 1943–1944 by the Ukrainian Insurgent Army (UPA), which resulted in up to 100,000 Polish civilian casualties. This ethnic cleansing is widely recognized by Polish and most Western historians as genocide. The problem of how to characterize these events was raised in bilateral talks after 1991 at Warsaw’s initiative but in a rather subtle manner, as the Poles waited for certain processes in Ukraine to mature. However, subsequent Ukrainian governments have neither wanted to condemn the UPA nor even taken this issue seriously.

After the Law and Justice party won the 2015 parliamentary elections in Poland, Warsaw initiated a more assertive historical policy toward Ukraine. Warsaw’s new stance was also a reaction to the complete redefinition of Ukraine’s politics of memory after the Revolution of Dignity, a result partly of the Russian aggression and partly of the accelerated process of building Ukraine’s new state identity. The problem was compounded by Ukraine’s adoption of decommunization laws in April 2015, which introduced the possibility of punishing those who denied the heroic nature of Ukrainian independence fighters, including the UPA. The Verkhovna Rada approved this provision even though it anticipated a negative reaction from Warsaw. Furthermore, the Ukrainian deputies voted on the laws on the same day that Poland’s President Bronisław Komorowski delivered a speech in the Verkhovna Rada, in which he clearly signaled that Poland was interested in good relations with Ukraine. The adoption of the law on the same day was perceived by Warsaw as an intentional humiliation. In 2016 the Polish parliament passed a unanimous resolution to recognize the Volhynia massacres as a genocide of the Polish people. This decision was highly criticized in Ukraine, where the narrative promoted by the Ukrainian Institute of National Remembrance is that the Volhynia events were just a part of the Polish-Ukrainian war and that both sides committed similar crimes.

The media in both countries often present the problem of history as a “clash between Polish and Ukrainian truths.” This, however, is an oversimplification. In fact, there is no Polish or Ukrainian side in the assessment of what happened during World War II involving the Poles and the Ukrainians. The picture often presented by Ukrainian journalists and too many experts is far from an honest view; they often repeat the manipulated version of history commissioned by the Ukrainian Institute of National Remembrance. Paradoxically, before the Revolution of Dignity there was more pluralism in the Ukrainian discussion about what really happened in Polish-Ukrainian relations. To take just one example, in 2013 one of the most prominent Ukrainian historians, Yaroslav Hrytsak, called the Volhynia Massacre “a genocide against the Poles.” He is not the only Ukrainian historian to have used this term.

The dispute over history took a turn for the worse after April 2017, when Ukraine introduced a ban on Polish exhumation works in Volhynia and other Ukrainian regions. This incomprehensible step was officially explained as a response to the demolition of the illegally erected UPA monument in a tiny Polish village close to the Polish-Ukrainian border. The most recent blow to historical reconciliation was an amendment to the bill on the Polish Institute of National Remembrance, adopted by the parliament in January 2018, which introduced criminal responsibility for the denial of “the crimes of Ukrainian nationalists in the years 1925–1950.” It provoked a harsh and justified criticism in Kyiv and actually froze Polish-Ukrainian historical dialogue. However, the new bill has been highly criticized even by some influential members of the Polish ruling party, who have called it a “serious mistake.” The Polish president Andrzej Duda has asked the Constitutional Tribunal to review the bill for compliance with Poland’s fundamental rights laws.

Historical disputes provoke emotional responses on both sides but at the same time darken the wider context of Polish-Ukrainian relations. Although there has been a clear change in Polish historical policy, Warsaw’s strategic disposition toward Ukraine shows an essential continuity. The objectives of Poland’s foreign policy remain the same: to support Ukraine on the international stage, encourage its democratization and reform process, and back its European integration. Generally speaking, Ukraine was and remains the key issue in Poland’s Eastern policy. Here is some basic evidence to justify this opinion.

According to data from the Ukrainian Ministry of Defense, Poland was fourth among the providers of foreign military assistance to Ukraine in 2014–2017, after the United States, Canada, and NATO but ahead of the UK. Furthermore, in the last two years, cooperation in some spheres, including military and defense, has ramped up. A few dozen Polish military instructors now train Ukrainian soldiers, including the special forces units. In 2016 a common Lithuanian-Polish-Ukrainian Brigade (LITPOLUKRBRIG; 4,500 troops strong) achieved operational readiness. Both countries’ army units conduct joint maneuvers on a regular basis.

Poland remains one of the countries that strongly support Ukraine’s European aspirations and explain its significance to the world. The Polish role is important in regard to advocating for sanctions against Russia and opposing Nord Stream 2, which would seriously weaken Ukrainian interests. In a February interview with the German newspaper Die Welt, the Polish prime minister Mateusz Morawiecki called the planned gas pipeline “harmful and unnecessary," pointing out that it would seriously undermine Ukrainian security. Poland and Ukraine are currently working on increasing the capacity of the transborder gas pipeline, which would afford additional possibilities to deliver gas to Ukraine. And in December 2015 the National Bank of Poland agreed to establish the 1 billion euro currency swap deal aimed at stabilizing Ukraine’s financial system. Finally, economic relations are growing quickly, and currently Poland is second biggest export market for Ukrainian products, just slightly behind Russia.

The social dimension of bilateral relations is also strong. According to a 2017 Kantar public opinion poll, 87 percent of Poles view Ukraine as a European country—the highest level in the EU. Only 54 percent of German, 48 percent of French, and 43 percent of Dutch survey respondents agreed with this statement. Furthermore, Poland is at the top of the list of foreign countries Ukrainians like.

Poland is the main destination for Ukrainian migrants, about one million of whom currently work there. Geographic proximity and cultural and language similarities are the main reasons, but Poland also has the most liberal labor laws in the EU for Ukrainian workers. Many see it as a win-win situation: a thriving Polish economy needs migrant workers from Ukraine, and their remittances, estimated in 2017 at around $3.1 billion, are an important source of money for the Ukrainian economy. Furthermore, recent polling by the Kyiv-based KMIS shows that 36 percent of Ukrainian respondents who would like to work abroad choose Poland, ahead of the Czech Republic (12.5 per cent) and Germany (11 percent). Other polls indicate that 29 percent of Ukrainians currently living in Poland would like to remain there for the rest of their life, and 32 percent for a few years.

Last October Poland’s top diplomat, Witold Waszczykowski, published an article in the Rzeczpospolita daily with the telling title, “Warsaw Wants an Alliance with Kyiv.” There were just two sentences about history. The minister stated that “partnership with Ukraine remains a key task for Poland’s foreign policy” and that “Poland is guided by a firm belief that a European, politically and economically stable Ukraine is indispensable for our continent’s security.” He also stressed that “Warsaw views Kyiv as a partner and wants to share with it successes, benefits, but also responsibility. A genuine alliance can only be built on such equal partnership." The main goal behind this piece was to strongly confirm that for Poland, the strategic dimension of relations with Ukraine is still in force.

Unfortunately, Ukrainian decision-makers and pundits overlooked—or, worse, ignored—this program article. Just a month later the Kyiv-based Foreign Policy Council Ukrainian Prism conducted a poll among Ukrainian scholars dealing with international affairs. One of the questions elicited opinions on which countries were considered most hostile toward Ukraine. The result was surprising: Poland was in fifth place It seems that at least some Ukrainian experts have a problem assessing reality. The general fog surrounding the matter of Polish-Ukrainian relations from the Ukrainian perspective means it would be difficult to find a statement by any influential decision-maker that attempted to outline what Ukraine actually expects from Poland and where Warsaw stands in Ukrainian foreign policy.

Those believing there is a crisis in Poland-Ukraine relations would do well to compare recent developments in Ukrainian-Hungarian relations. After the Verkhovna Rada in September 2017 adopted the new Education Act, which dealt a blow to the school system for national minorities, Budapest threatened to block Ukraine’s bid for Euro-Atlantic integration. The new law also hits Polish minority schools in Ukraine, but Warsaw’s reaction was very different.

To sum up, disagreements over history did not remove Ukraine from a position of top priority in Poland’s foreign policy. Polish support of Ukraine in matters of strategic importance was and remains unequivocal and unconditional, though this stance toward its neighbor unfortunately is usually missed in Ukraine. And this is the biggest paradox of the bilateral relationship. What is needed now is a rebuilding of the undermined confidence and better communication, as well as more good will as the two countries tackle difficult historical issues they have in common. Finally, both sides should bear in mind the many common interests they share.