The “Single Concept of History” in Russia 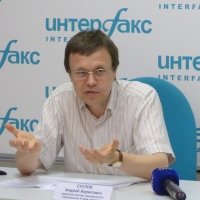 The notion of creating a single-track, unified version of Russian national history in textbook format has been publicly discussed since the early 2000s, shortly after Vladimir Putin became president. In 2013 President Putin personally got behind the idea, tasking the government with developing a unified concept for the high school course in Russian history. His reasoning: school textbooks should be free of internal contradictions and multiple interpretations. The idea is to give students and ordinary citizens a simple and consistent narrative of a powerful nation they can take pride in.

The new history book had a famous precursor. Eighty years ago the publication titled History of the All-Union Communist Party (Bolsheviks): Short Course made its appearance, giving official imprimatur to a mode of thinking that has not quite abated to this day. The textbook was first published in serial form in ten issues of Pravda in September 1938. Later that year one million copies of the book were printed. From 1938 to 1956 the Short Course was issued 301 times, for a total of 42,816,000 copies in 67 languages. By some estimates it was the most widely read book after the Bible.

Joseph Stalin, the book’s chief editor, not only personally shaped the book’s concept but in many cases decided what facts were to be included and how events were to be interpreted. He also set the tone in creating guidelines on how to use the book for educational, research, and propaganda purposes. The history offered by the Short Course was schematized, dogmatized, ideologized, and falsified.

Scholars and teachers, spin doctors and writers understood that the simplified scheme of historical processes outlined in the Short Course was to be taken as the gold standard for their own work and that deviations from the official program would be met with punishment.

In practice, contemporary researchers have shown, the study of the Short Course was often rather superficial and was treated as a formality. The paucity of interest in studying the book undermines official claims at the time that the knowledge it offered was deeply absorbed.

However, the effect of the constricted view and narrow interpretations of the Short Course on people’s habits of mind turned out to be profound. Many of the same methodological traditions persisted in Soviet textbooks and scholarly publications even after Stalinist interpretations of history were denounced.

That is why the efforts of some Russian high-level officials to create “a single history for all Russians” are far from harmless. President Putin sharpened the concept and upped the ante by arguing in 2013 for the need for “a canonical version of our history,” while admitting that teachers would be able to present different viewpoints to their students during class time..

Fortunately, the political leadership soon dropped the idea of creating a single Russian history textbook for all school students, and the notion disappeared from Putin’s remarks within a couple of years. However, this period also saw the start of an ongoing decline in the number of different history textbooks used in secondary schools. In 2017, on the pretext of pursuing the “unity of the educational space,” the Russian Education Ministry removed 38 history textbooks from the list of recommended teaching materials. Fourteen textbooks remained on the federal list of approved books. In theory, teachers can keep using the textbooks they previously used, but doing so would create practical problems, so most schools will rely on the recommended books.

Thus the idea of a “fundamental” history textbook was de facto effectuated, with the worst excesses of such a policy avoided. Teachers have the right to introduce different viewpoints; in fact, the Education Ministry recommends that they share additional information with their students. But the presentation of alternative ideas still relies on the use of the approved textbooks, so a clear limitation is in place. And none of the texts escape charges of questionable discussions or even the outright omission of some events.

By offering a few textbook alternatives and permitting the discussion of other viewpoints in the classroom, the authorities seem to have successfully muted criticism directed against the promulgation of “one history.” At least, very few people seem to have noticed that the next step in this direction was even more subversive. Education Minister Olga Vasilieva has announced the government’s intention to introduce a mandatory Unified State Exam in history starting in 2020. This is a much more serious step from the standpoint of implanting a canonical history into young people’s minds. Mastering the materials necessary to pass the exam will all but ensure the formation of a uniform national history, at least as a mental construct.

The liberal intellectual circles in Russia appear not to fully recognize the dangers of this universalization. Many believe that in the internet era, it is impossible to pull the plug on alternative sources of information. But information from diverse sources, sufficient for viewers to develop their own opinions, will not necessarily reach the majority, especially when the government has the main television channels at its disposal and can block access to websites and specific content. Thus the availability of alternative viewpoints on the web and in printed media will not pose a serious obstacle to the government’s efforts to shape a certain set of perceptions about historical events in the minds of Russian youth.

This problem is potentially of great consequence for the future development of civil society. The lesson to be taken from the Short Course of the Soviet Communist Party History is that implanting certain officially defined views on history can have a profound and lasting effect on the public conscience.