The Soviet Union in the Horn of Africa 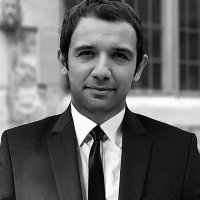 Documents reveal Moscow found itself in the Horn of Africa not by imposition but by invitation.

During the Cold War, the Soviet Union perceived the countries of Africa, Asia, and Latin America as the future reserves of socialism, holding the key to the ultimate victory over the forces of the “imperialist West.” The zero-sum game of East-West competition encouraged the United States, on the other hand, to try to foil Soviet ambitions. The result was to be expected: the two superpowers engaged in proxy fights against each other in distant, little-understood environments, often ending up ensnared in protracted and violent local struggles that did little to serve their own interests.

The activism of the Soviet Union in the Third World during the 1970s mystified contemporary observers. It was especially difficult to determine Moscow’s foreign policy aims in the Horn of Africa, a narrowly defined geographic area in the continent’s northeast, during the years of the bitter and continuous conflict between Ethiopia and Somalia.

Fortunately for historians today, the opening of the Eastern European archives has revolutionized the study of contemporary history in general and center-periphery relations during the Cold War in particular. In my new book, The Soviet Union and the Horn of Africa during the Cold War: Between Ideology and Pragmatism, I used a wealth of these recently declassified documents from Moscow, Berlin, Prague, Belgrade, Budapest, Bucharest and Sofia, as well as Washington and London, to tell the complex story of Soviet involvement in the Horn from the early days of the Cold War until its very end in 1991.

By constructing a sequential narrative of the Soviet Union’s responses to critical events in the region, the book analyses the relationship between geopolitics and ideology within Soviet Third World activism. It also places the events in the Horn within a broader international context, thus helping us to obtain a better understanding of the international currents of historical change as they occurred not only in the metropoles, but in the periphery as well. Therefore, The Soviet Union in the Horn of Africa adopts a hybrid methodological approach, aimed at constructing a “multipolar diplomatic history” of Soviet involvement in the Horn as told by diplomatic representatives of a wide array of actors—domestic, local, regional, and international.

The original multi-archival research underlying The Soviet Union in the Horn of Africademonstrates that there was a lack of consistent Soviet policy toward the Third World during the Cold War, which mostly came in response to local developments rather than as part of strictly defined grand design. Soviet policies toward the Horn were marked by a unified code of conduct, mixing assertiveness with caution. On the ground, this flexible foreign policy behavior was manifested by a series of cautious responses to local developments in an area considered of ideological, political and geostrategic importance to both superpowers. Therefore, Moscow found itself involved in early 1960s in Somalia and in late 1970s in Ethiopia not by imposition but by invitation.

In contrast to the once-popular, grand-design interpretation of Soviet Third World activism, the Soviet Union’s interests in the Horn were actually quite simple. Moscow wanted to promote stability, partially out of fear of antagonizing its global rival, the United States. Interestingly, while the Kremlin perceived its involvement in the Horn and the Third World at large in regional terms, independent from its relations with Washington, the White House interpreted Soviet regional actions in global terms, linking Soviet regional activities with global priorities. The Soviet Union’s aging leadership—failing to appreciate Washington’s perspective and underestimating the Third World’s role in superpowers’ relations—came close to jeopardizing the primary line in Soviet foreign policy, aimed at the protection of the Soviet state.

An extensive number of primary materials available in international archives and shared here also suggest that the Cold War in the Horn was “hot” for the local parties that strove to exploit the international system to their own benefit. They fought against each other using arms whose import was enabled by the international and strategic contests of the superpowers. For Moscow and Washington, on the other hand, the Cold War in the Horn of Africa was indeed a “cold” one; it was a calculated form of competitive co-existence, or at least it was meant to be such. Ultimately, neither of the superpowers knew what to do with the area once they achieved the degree of influence they had sought, as the primary objective of both superpowers appeared to be denying the region to their respective adversary. The radical decline in superpower rivalry in the late 1980s facilitated the superpowers’ exit from the Horn.

The Soviet Union and the Horn of Africa during the Cold War builds a nuanced model of center-periphery relations to explain the complex factors involved in the making of the Soviet Union’s Third World policy. It offers a fully rounded picture of Soviet policy toward the Horn, including detailed analyses and interpretations of domestic, local, regional, and global developments. It shows that influence over the Kremlin’s policy deliberations was exercised not only by the Kremlin’s own calculations, but also by local states’ political establishments and by Moscow and the Eastern Bloc’s diplomatic representatives.

The use of international history methodology not only provided a scholarly style for the book, but also enriched its substance. The Kremlin’s activism in the Horn—whether seen from Addis Ababa, Mogadishu, Berlin, Sofia, Budapest, Bucharest, Prague, Warsaw, or Belgrade—showed that Moscow was not in the Horn on its own. The modest capabilities of Moscow’s East European allies masked a more immense symbolic value: it was those East European allies that turned Moscow’s Third World activism into a truly “international” one. Most importantly, the small East European socialist states’ presence in the local setting helped endorse the Kremlin’s exercise in prudence and its resolve to mix-match ideology and realism, spreading ideological banners only when the situation needed it most.

The following selection of documents is a small sample of materials used in the book, originating from Serbia, Romania, Hungary, the Czech Republic, Germany, the UK and the US. They offer a glimpse of the variety of political, economic and military issues with which the Soviet Union had to deal regarding Somalia and Ethiopia throughout the Cold War, focusing not only on relations with the local states, but also with its East European allies, China, Cuba and the West. Since I was not allowed to make copies of documents at the Russian and Bulgarian foreign ministry archives, records from these two countries pertaining to the subject are unfortunately excluded from the sample.

Click here to be redirected to DigitalArchive.org to view newly released documents from international archives on the history of the Soviet Union in the Horn of Africa.

Radoslav Yordanov earned his DPhil from St Antony's College, University of Oxford, and is a Visiting Scholar the Harriman Institute, Columbia University.