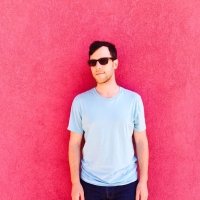 Brandon Kirk Williams introduces the Nehru papers, a trove of invaluable evidence on decolonization and the global Cold War.

Until recently, Jawaharlal Nehru’s post-1947 Papers at the Nehru Memorial Museum & Library (NMML) were, effectively, closed. Correspondences were listed in NMML’s collection guide, yet remained almost impossible to access. A select few received permission to use the Nehru papers, such as Judith Brown for her 2003 biography of Nehru. Most researchers faced rejection or simply ran out of time waiting for various bureaucrats to evaluate a clearance request.

All of that has changed. The Nehru documents are now open for researchers thanks to a simple approval process in a climate of increased access at NMML.

The massive collection is eye opening and indispensable for research on post-1947 India, Asia, and the interwoven relationship between decolonization and the global Cold War. Bound volumes touch upon signal issues in the postcolonial era: continuing anticolonial resistance, development and modernization, non-alignment, solidarity in the Global South, geopolitics, and relations with India’s neighbors. The accessible documents are an exhausting, exhilarating gold mine for historians or archive-minded social scientists.

Similar to the pre-1947 records, the Xeroxed documents are kept in bound volumes that quickly stack up. An archivist or team curated the collection with obvious care. They likely aspired to foster a narrative that established Nehru’s centrality to India’s history and connect Nehru to the world.

The bulk of the post-1947 papers are an intriguing assortment of materials that transcend the simple label of Nehru’s “correspondence, notes and telegrams.” The volumes are comprised of diplomatic exchanges, occasional poems sent to Nehru, reports and memoranda, speeches, press conferences, and Nehru’s myriad letters that range in length and substance. While the bound volumes do not contain the entirety of his papers, they delve into Nehru's work and the post-1947 environment where he was simultaneously shaped by and a shaper of disparate local and global events.

My clearance request was approved on site in less than two weeks. I spent three weeks thumbing through the volumes that detailed India’s tumultuous first years of independence. The documents I read chart the evolution of Nehru’s vision for India and the world, as well as his tireless pursuit of Indian sovereignty in a charged geopolitical environment.

Nehru’s attentiveness to the symbols of nationalism and power are inescapable in the papers from 1947 until 1950. He busied himself with commentary on the national anthem, an official Indian language, attire for diplomats, dams, stadiums, foreign policy victories, and, ultimately, Nehru himself. Although my research attends to political economy and internationalism, it was impossible to ignore the prominence of war with Pakistan and the dispute over Kashmir in most volumes. Events in China also garnered considerable attention before and after 1949. Historians of China may find interest in an array of documents, for example a report written by India’s Ambassador to China titled “Six Months of Communist China” or KPS Menon’s “Economic Policy of the Chinese Communist Government.”

In a similar vein, Cold War or Soviet historians may enjoy reading memoranda of conversations between Nehru and Anastas Mikoyan from March 1956. The two men discussed Khrushchev’s “secret speech” to the 20th Congress of the Communist Party of the Soviet Union, heralding a new era for the Soviet Union and its relationship to India and the world.

Nehru’s personal concerns appear continuously. I was taken aback by an introspective letter addressed to his sister, Vijaya Lakshmi Pandit, before his trip to the United States in 1949. He asked, “Which facet of myself should I put before the American public - the Indian or the European, for after all I have that European or English aspect also.” Relying on his “native wit and the mood of the moment,” he vowed not be swept away by the Americans and to remain true to himself. Other documents such as a 1951 report on Krishna Menon’s struggles with drug addiction, including details of shock therapy, reveal Nehru’s and others’ agony over Menon’s personal woes. These references are mere samples of the rich primary sources awaiting researchers who can allocate the time that the sprawling collection demands.

The collection is exhausting for two reasons. Clearance allows researchers to request materials from the post-1947 index and a smattering of subject files and press clippings. The dizzying 753 chronological index entries for 1946-1964 provide no content description and they vary in length—ballooning in the 1950s with India’s and Nehru’s ascendance on the world stage. Take, for instance, January 1955’s ten index entries clocking in at roughly 2,640 pages. An index entry does not reveal if it consists of one or two parts/volumes of bound documents. Researchers must select a date range and order blindly. And with a maximum of ten entries per slip, one may find themselves submitting two or three separate request slips for ten entries.

A second difficulty is the collection’s inconsistency in later years. The volumes I requested from 1960 and after were underwhelming in content and scope. Gone were the diplomatic cables, letters to Nehru, reports, and ephemera that painted a nuanced portrait of postcolonial India and the world. A request to know when this shift transpired—specifically when the brown hardcovers were replaced by flimsier blue and white binding—went unanswered. My sense is that the material remains valuable enough to warrant exploration in spite of the drop off in quality, and researchers will still unearth valuable material among the more basic correspondences after 1960.

As I finished my research at NMML, I was reminded of the atrium in the Lyndon Baines Johnson Museum that looks up to the floors of archival boxes. The upward, inescapable gaze at the LBJ Museum is analogous to the recently opened Nehru documents. Taken as a whole, the materials convey his power and stature on a national, regional, and global frame. Researchers must be content to go spelunking with a basic map. It will almost certainly be rewarding if you can invest the time to examine the collection and its wide panorama. And that’s why I’m thrilled to encourage other scholars to wade into Nehru’s papers, discovering the treasures that went largely unseen for decades.

My thanks to the director and staff of NMML for their assistance.