Two new draft laws on the media were presented to the Ukrainian public for comment recently, and immediately caused a commotion. To all appearances, the administration is trying to put the Ukrainian media on a leash. The real story is likely more involved than what meets the eye.

The draft laws responsible for the uproar stem from a presidential decree of November 8, 2019, “On urgent measures to reform and strengthen the state.” The decree instructs the Ministry of Culture, Youth and Information Politics and its chief, Volodymyr Borodyanskyi, to prepare legislation to regulate media standards, counter the spread of disinformation, and introduce accountability for violations of the new regulations.

Like many other initiatives of President Volodymyr Zelenskyy and his team, the draft acts were set to be fast-tracked through parliament. These initiatives, presented as necessary to counter disinformation campaigns, would empower the government to trample on journalists’ rights and free speech. After substantial pushback from journalists and media experts, however, it seems as though their draconian provisions might be reconsidered.

President Zelenskyy has a complicated relationship with the Ukrainian media community. He has largely ignored journalists and instead reached out directly to society through social media. He gave no interviews during his election campaign and has held only one press conference since his inauguration, a marathon fourteen-hour session that took place in a food court on October 10, 2019. Now, journalists fear that the new ruling group is trying to curtail the media’s ability to criticize the government through excessive regulation and punitive measures.

Disinformation is assuredly a problem, especially in a country at war, and Ukraine’s media legislation, which dates back to the 1990s, is in need of an update. But these draft laws seem to have another, less benign raison d’être.

What are the draft laws?

One act is called simply On the Media. It was prepared under the supervision of Oleksandr Tkachenko, MP from the Servant on the People party and chair of the Parliamentary Committee on Humanitarian and Information Policy. It amalgamates the norms of many existing laws and provides a legal and regulatory framework for mass media activities, including new provisions for regulating online media. It also attempts to codify earlier initiatives to curb the spread of disinformation, largely connected to Russia's use of disinformation to achieve that country’s strategic goals in Ukraine and its ongoing aggression in the East. This draft law was well received by media experts, though with some reservations. The problem is that the act gives the state broadcast regulator the power to grant and revoke the licenses of media outlets for disseminating what the regulator considers propaganda. However, what shall constitute propaganda is not clearly spelled out in the act.

The other draft law , the Law on Disinformation, aims to fight the spread of disinformation. This legal initiative provoked much more attention and drew sharp criticism from Ukrainian and Western media experts. The draft text of this act was presented by Minister Borodyanskyi on January 20, 2020. The experts and journalists who have lodged complaints point out that the new norms introduced by this act could easily be used to silence journalists and lead to significant government control of media outlets. The draft law provides for the new position of a government-appointed information commissioner whose job it will be to identify “fake news” and punish those who disseminate it. The commissioner will have the power to fine media outlets and individual journalists, bring criminal charges against them, remove published materials, and ask the courts to shut down media outlets. All media, including online and social media, will be required to publish personal information about journalists in their employ, including their names and email addresses. Also, the draft law gives the commissioner authority to create an electronic “trust index” for all media outlets and information providers, thus ensuring government cooperation with “trusted media” only.

The draft law also provides norms regulating the journalism profession in Ukraine. It stipulates the creation of an Association of Professional Journalists, the members of which would be the only journalists considered “professional journalists,” with access to public information events and legal protection in case of attacks. Foreign journalists would be required to obtain accreditation from the government, as was the case in the Soviet era.

The draft law also brings online and social media under closer control of the government. Information platforms and messenger services would be required to collect data on users and owners and turn it over to the information commissioner. All organizations and users of social networks would be held responsible for the accuracy of the information they disseminated.

Additionally, the draft law criminalizes the dissemination of “fake news.” Journalists deemed to be deliberately spreading disinformation would face a minimum fine of 4.7 million UAH ($195,000) and would acquire a criminal record. Those deemed to be repeatedly spreading “fake news” could be imprisoned for up to five years.

Strangely, the draft law does not address the main source of disinformation in Ukraine, the Russian media. Instead, the act focuses on Ukrainian journalists and media outlets. There may be political reasons for reticence about Russia.

Numerous public discussions about these norms have preoccupied the media community in Kyiv for several weeks. The Ukrainian media community’s reaction is uniformly negative. International organizations have also found the provisions of the draft laws disturbing. For example, the UN Human Rights Monitoring Mission issued a statement whose first sentence reads: “We urge Ukraine’s government to avoid unnecessary restrictions on media.”

Ukraine’s Commission on Journalism Ethics worded its response more strongly, demanding that the Law on Disinformation be scrapped and the drafting of a relevant law start over, this time with input from Ukrainian and Western media experts. In the commission’s opinion, the draft law violates basic principles of media independence and journalists’ self-regulation

In the face of such robust criticism, the government appears to have drawn back a bit. Minister Borodyanskyi has extended the period for public comment on the draft laws. Parliamentary committee head Tkachenko offered to help, while the Presidential Council on Freedom of Speech has proposed creating a special working group to tackle the matter. President Zelenskyy’s team’s desire to control the media appears somewhat tamed for now, but the situation is highly fluid, and the future freedom of the media--a signal demand of the Revolution of Dignity--cannot be taken for granted. 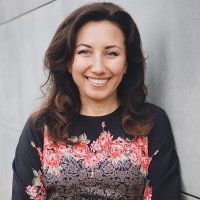 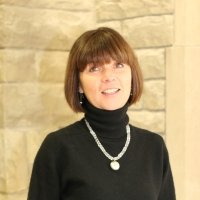