Is the United States Serious About Open RAN?

Is the United States serious about deploying and maintaining Open RAN architectures in 5G networks? What would that look like and why does it matter?

First proposed in industry circles as early as 2016, Open RAN has become a prominent feature of U.S. 5G policy dialogs in last 2-3 years (domestically, from the Federal Communications Commission to Capitol Hill, and internationally with allies such as Japan and the European Union).  As rhetoric around Open RAN heightened, government appeared poised to intervene.  Today, only modest progress to deploy Open RAN at scale has been made and policy appears muddled.  Given how much time has passed and recognizing the United States has a series of other significant, complex, and pressing policy concerns on its plate, we thought a policy “check-in” was in order.

If the United States is serious about Open RAN, we need clarity on current objectives, why (or if) policy intervention is required, and how to measure progress. If not, we risk sending mixed signals to the market while exacerbating national security and economic 5G concerns through policy ambiguity.

What is Open RAN and why do we care?

Open RAN, in its most basic form, creates standardized and interoperable (i.e. open) interfaces between systems in the radio access network (RAN). This provides technological foundations necessary for telecom operators to shop for the best price and features across various hardware and software vendors rather than buying one vendor’s integrated, proprietary system. In theory, it gives operators the ability to plug and play.

Transformations in the RAN: There are three commonly understood components of telecommunication networks: (1) end-user devices, (2) the radio access network (RAN), and (3) the core network. For a deeper dive into transformations occurring in the RAN, watch below:

While there is an industry case to be made for Open RAN, the policy rationale has largely been two-fold:

Concerningly these policy objectives (both of which sit at the nexus between national security and economic concerns) have increasingly been reduced to a simple preference for openness. Openness for openness’ sake is not policy.

Whether Open RAN can live up to its national security hype is an open question.  However, to what degree other policy actions play a more effective role in reducing Chinese vendor market share in telecommunications networks has a more obvious answer. Open RAN did not drive out Chinese vendors, warnings, formal restrictions, financial incentives and the like have done that job.  By design, as one of us (Griffith) has argued before, “Open RAN is more anti-establishment than it is anti-Chinese.”

The degree to which Open RAN will drive down cost is also questionable.  Paradoxically, the relentless focus by telecom operators on low-cost gear decades ago resulted in the industry structure we have today where only two large scale vertically integrated European vendors, Ericsson and Nokia, and China’s Huawei lead the industry after bankruptcies, consolidations, and exits chased out North American players.  It is not clear Open RAN has led to cheaper overall network costs on a risk-adjusted basis when all factors, including systems integration costs, deployment delays, and management resources are considered.  While some providers have small “trials” in pockets of their networks, only one major U.S. telecom provider is deploying Open RAN across its entire network and is months behind after underestimating how much was technically required to integrate equipment and software “from a hodgepodge of different suppliers.”

Bolstering American competitiveness and innovation are even harder goals to achieve.  Policy intervention makes sense in areas where industry, left to their own devices, will drive down costs and drive out less efficient suppliers to the detriment of other pressing national security and economic concerns. That is, notably, what happened in the semiconductor industry.  If an objective of Open RAN policy is to foster a diversity of American suppliers, will market forces do the job at this point and, if not, how far should that policy go in the second and third order areas of vendor viability and governance?

For large telecom providers to architect a reliable system they must have confidence their vendors are going to be there when things inevitably go wrong or require upgrading/replacement – ideally, one throat to choke.  Bringing together disparate elements of a network requires extraordinary skill and a comprehensive responsibility model for functionality and security.  That governance model is not costless and cannot be taken for granted.

What should policymakers remember?

The larger question on the table, which goes far beyond Open RAN, is ‘how much can government effectively intervene in a hyper technical and narrow portion of a complex system?’ It is important to have a well calibrated policy compass to know where to intervene to make a lasting difference.  Once that “true north” is found, don’t deviate.  Stay at it, dig into second and third order questions with objective commercial input, and resource accordingly. Above all else, be realistic about what can be achieved and who (government or industry) is in the best position to achieve it.

Whether the United States needs to be serious about Open RAN remains an open policy question. But if we are, we need to be clear about why, measure our progress, and know when our mission is accomplished.

Former Director of Emerging Technology and National Security; Senior Program Associate with the Science and Technology Innovation Program (STIP);
Lecturer in Technology and National Security at Johns Hopkins University School of Advanced International Studies (SAIS) and the Alperovitch Institute for Cybersecurity Studies and a Non-Resident Research Fellow at the University of California, Berkeley’s Center for Long-Term Cybersecurity (CLTC) 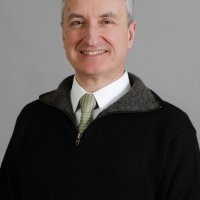