Untangling the Disinformation Problem: Russia, China and the West 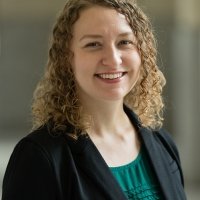 The coronavirus pandemic is poised to become the most searched topic in Google’s history. It makes sense that malign foreign and domestic actors would try to take advantage of this opportunity to create and spread disinformation about the virus to further their political objectives. With Russia’s long engagement with disinformation practices, it is easy for Western democracies to blame that country once again for the flow of false narratives occupying the airwaves. But Russia’s actions are just the tip of the iceberg when it comes to untangling the disinformation problem, and things this time around are much more complicated than they seem.

Several unique qualities of the information landscape surrounding COVID-19 have significantly eased disinformation’s pathway. First, no single person or country is immune to the virus, making the world a disinformation peddler’s oyster. Second, we still know very little about this virus, and controlling its spread and the number of fatalities has been akin to flying a plane while trying to build it at the same time. These knowledge deficits create an opening that disinformation will readily fill. Finally, governments are increasingly telling their citizens to stay at home and practice social distancing, which means that people are filling up the extra time in their schedules with consuming media and information about the pandemic. All this has created fertile ground for the appearance of massive quantities of noise, harmful PR tactics, conspiracy mongering, and the spread of disinformation.

Enter Russia. It is no surprise that Kremlin-backed media would wade into the sea of coronavirus disinformation with the goal of undermining Western democratic institutions while appearing strong and authoritative at home. One need only recall Russia’s annexation of Crimea, the Brexit vote, the 2016 US presidential election, or the attempted murder of Sergei Skripal and the disinformation tsunamis that Russia created along with each event. Two recent reports, one by the US State Department’s Global Engagement Center (GEC) and another by the EU’s diplomatic corps, lay out plenty of evidence that suggests Russian sources and media outlets are spreading false, misleading, and often contradictory messages about the virus. A search of the EUvsDisinfo database, which is managed by the EU’s diplomatic corps to track Russian disinformation, yields hits from Russian sources like Riafan, Sputnik, Channel 1, RuBaltic, and many others claiming that the virus is a biological weapon developed in a NATO or US lab, that the EU is at risk of disintegrating, or that there are already cures for COVID-19. All these messages, which are picked up by various media outlets, social media platforms, and even government leaders, are meant to sow division and confusion—often as part of a broader geopolitical agenda.

But placing the responsibility exclusively on the Kremlin keeps the West locked in a vicious cycle of blame, deflection, and denial with Russia that only plays into the Kremlin’s hands and ignores the complexities of the disinformation problem. With the coronavirus, we are seeing an evolution in Russia’s tactics for spreading disinformation as the Kremlin focuses less on authoring fresh fake content and more on spreading and recycling content originating in other countries. According to Lea Gabrielle, the GEC’s special envoy and coordinator, several disinformation and propaganda “ecosystems” stemming from Russia, China, and Iran are converging around themes meant to promote those countries’ particular political agendas. There are also examples of coronavirus disinformation coming from other countries, such as Brazil and Turkey, which adds even more heft to the “infodemic,” or overabundance of information that we live in. Russia, and any other country, for that matter, can then simply recycle whatever narratives it deems most beneficial to its geostrategic agenda and maintain plausible deniability about who created that narrative first. By the time Western democracies are able to track down the originators of fake news, the damage to Western democratic institutions and human health has been done.

Moreover, as the information landscape surrounding COVID-19 shifts and evolves, China has increasingly borrowed ideas from the Russian playbook. Before the term coronavirus became a part of everyday vocabulary, China’s goal centered on maintaining one positive narrative about the Chinese Communist Party (CCP) through censorship and projecting that narrative both within and outside the country. Now China’s leadership seems to be emulating Russian tactics by promoting conflicting narratives, giving credence to third-party conspiratorial websites, and synchronizing diplomatic and embassy social media accounts to spread all shades of disinformation. By doing so, China is aggressively aiming to deflect attention from its initial missteps in handling the virus outbreak and to confuse or distract critics of the CCP. As Rui Zhong from the Wilson Center rightfully points out, China’s position in all of this is unique because it is both a producer and a target of disinformation. As a result, the flow of trustworthy and factual information effectively grinds to a halt, further complicating the disinformation problem.

Western democracies also show up in the disinformation puzzle. A growing body of evidence suggests that the United States shares plenty of blame for the creation and spread of disinformation about the virus. Far-right media and neo-Nazi groups across the United States have spread similar conspiracy theories about the virus being a biological weapon, narratives that were later picked up by mainstream news organizations and Republican politicians. President Trump is not shy about blaming the amorphous “media” for the spread of fake news, nor is he against accepting aid from Russia to fight the pandemic, both of which strengthen Russia’s ability to deny a role in spreading disease-related disinformation. And since the coronavirus first landed in the United States, many have argued that the administration has repeatedly downplayed the seriousness of the pandemic, undermined the recommendations of public health officials, and is preoccupied with blaming everyone else rather than taking responsibility for the crisis in the United States. As Peter Pomerantsev argues in his book This Is Not Propaganda, disinformation wars are being fought in democracies just as much as in autocracies, and this fact requires everyone to take a more introspective approach when considering how to solve the disinformation problem.

But with Russia, China, and the United States engrossed in blaming and shaming each other for coronavirus disinformation, it becomes nearly impossible to fight this complex problem. And there is no indication that any one of these countries will be changing its position any time soon.