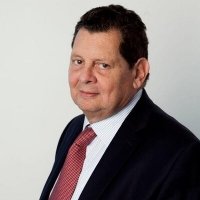 At first sight they might seem like an odd couple to negotiate a free trade agreement. They are at the opposite sides of the planet, one the second-largest economy in the world, the other one of the smallest countries in South America.

In many ways, however, the negotiations between China and Uruguay over a potential trade deal are entirely logical. After all, China is Uruguay’s major export market and one of its most important suppliers.

Even so, the idea surprised many in the region, and created turmoil in Mercosur, the trade bloc composed of Argentina, Brazil, Paraguay and Uruguay. That is because Mercosur was designed as a customs union, and it traditionally negotiates trade agreements collectively. In practice, however, Mercosur is an imperfect customs union. If anything, it most closely resembles a free trade zone, as it has not established a comprehensive common tariff or coordinated trade policy. Still, Argentina has strongly objected to Uruguay’s trade strategy, leading to tense exchanges at Mercosur summits.

Inside Uruguay, by contrast, the public seems to welcome the idea, with the predictable exceptions of the business sectors and labor unions that fear fierce competition from Chinese imports. Negotiators will likely address their objections through exemptions or long delays in the elimination of certain tariffs. The politics are also fairly straight-forward, as Uruguay’s last president, of the opposition Frente Amplio party, also supported this idea.

The other problem for Uruguay is Mercosur’s failure at global integration.”

Division in Mercosur over an Uruguay-China trade deal reflects the different structures of member economies. Mercosur’s large members, Argentina and Brazil, protect a wide range of goods compared to Uruguay. That creates significant trade diversion, leading Mercosur consumers to purchase goods produced in the region over competing products that are manufactured more competitively elsewhere but subject to costly import duties.

The other problem for Uruguay is Mercosur’s failure at global integration. Without favorable market access in much of the world, Uruguay’s exports face substantial tariffs that many of its competitors avoid thanks to free trade agreements.

For that reason, since at least the beginning of this century, successive Uruguayan leaders have flirted with the idea of bilateral trade agreements. President Luis Lacalle Pou has been particularly firm about his willingness to negotiate trade deals unilaterally, even absent a waiver from the other Mercosur members.

Successive Uruguayan leaders have flirted with the idea of bilateral trade agreements.”

As it is, a substantial number of imports in Argentina and Brazil are exempt from Mercosur’s common tariff under special rules for the Manaus and Tierra del Fuego special customs areas. Notably, Uruguay’s total imports under the proposed free trade agreement with China would be far smaller than the imports Argentina and Brazil have exempted from tariffs.

Recently, China reportedly signaled its interest in an agreement with all of Mercosur, but that remains unlikely. For one, Paraguay does not have diplomatic relations with China because of Paraguay’s strong links to Taiwan. Moreover, Argentina has been reluctant to go along with Mercosur free trade talks, and an agreement with the European Union has been stalled for several years. Indeed, Mercosur members could not even agree recently on a request by Ukrainian President Volodomir Zelensky to speak at a Mercosur summit.

Lacalle Pou has mentioned possible deals with Turkey and more significantly, with the Trans-Pacific Partnership.”

Mercosur did conclude an agreement with Singapore recently, but the ratification process will take time. Uruguay, meanwhile, seems keen to continue exploring bilateral trade agreements. Lacalle Pou has mentioned possible deals with Turkey and more significantly, with the Trans-Pacific Partnership, an 11-country grouping that includes Canada and Japan.