One afternoon in December 2016, well over one-hundred denizens of official Washington crowded into an auditorium in the Woodrow Wilson Center to celebrate “creative placemaking.”  With NEA Chair Jane Chu, New Orleans Mayor Mitch Landrieu, and Kresge Foundation President Rip Rapson looking on, a young African-American artist stepped to the stage and transported the entire room into another dimension with her moving poem about the children of the Homewood neighborhood in Pittsburgh, Pennsylvania.  German transformed the afternoon into a spiritual awakening with what many were calling the most inspiring performance they had ever seen anywhere.

German is an accomplished self-taught artist whose works have been incorporated into some of the country’s leading museums. She has shared the stage with luminaries such as former President Bill Clinton.  Closer to home, the Pittsburgh Center for the Arts named her as its 2012 Emerging Artist of the Year.  German’s deep exploration of indigenous urban art forms melds painting, sculpture, textiles, poetry and music into what Pittsburgh Magazine has called “a collage of community activism and soul-searching artistry” unlike anything that has come before.  As personal as her art may be, she is about more than individual expression.  German seeks to use art to give voice and comfort to those who live lives of “ordinary fear,” beginning in her adopted home of Homewood.

Once the home to various Carnegies, then Irish, Italian, German and black residents, Homewood, in eastern Pittsburgh, was at one time a place of middle-class life and easy diversity.  City plans in the 1950s for a sports arena and other public facilities displaced 8,000 residents, touching off a spiral of decline that accelerated following disturbances after the assassination of Dr. Martin Luther King, Jr. in April 1968.  By the turn of the twenty-first century, some 2,400 residents, of whom 98.3% were African American, claimed Homewood as their home; and nearly all were poor.  Criminal violence accentuated the neighborhood’s reputation as a place to avoid.  This was where Vanessa German came for inspiration, and to redefine the meaning of art for communities often bypassed by the creative class.

German, the daughter of a well-known fiber artist, was born in Wisconsin, raised in Los Angeles as well as in suburban Cincinnati before settling on Pittsburgh as her home.  She established her reputation as a sculptor producing what she came to call “contemporary power figures.”  In the words of the curators at Baltimore’s American Visionary Art Museum, her art transforms everyday objects “into an iconography of astonishing metaphors.”

Moving beyond the visual, German writes and performs poetry that elevates the everyday to the mystical, as she did that December afternoon in Washington.  Drawing on any number of street traditions from hip hop to meringue, she crafts what she has called “Spoken Word Opera” – a mixing of spoken word poetry, storytelling, music and movement.  In 2014, Pittsburgh Mayor Bill Peduto called on German to perform at his inauguration, which led her to produce the dramatic poem “The City is Ours Today.”

German finds sustenance in Homewood, where she sees life, motion, and music even as others see only blight.  She draws on that energy to create and then returns it to her neighbors.  Embracing community as a force that advances her art, German has devoted her life to nurturing a cohort of children who add their own sparks, moving Spoken Word Opera ahead.

Her inspiration for the concept of moving spoken word performance in new directions arose while growing up in Los Angeles.  She recalls attending a performance of the Alvin Ailey Company that included a piece set to the words of Dr. Martin Luther King, Jr.  The more she listened to King’s speeches the more she heard a gathering up of creative understanding in which, she has said, love unfurls its petals. The insights she drew from King’s rhetoric convinced her of a need to move beyond the limits of language.  The result has been a theatrical and passionate style of storytelling that combines various art forms into performance that does not fit in any single genre.
From the outset of her time in Homewood, German noticed how interested neighborhood children were in her work after painting and sculpting on her front porch.  When asked by local children, “what is you doin’ in this neighborhood?” she responds, because “you live in this neighborhood…. Because you are good and strong and you fly.”

She subsequently opened her front porch to all who wanted to join her in artistic creation.  Her porch – now known as Love’s Front Porch, an ARTHouse -- became a refuge for children in a violent neighborhood as well as an incubator for talent that otherwise might go unnoticed.  The children paint, sculpt, write music and poetry, and perform.  They constantly engage their community, as happened when she printed signs reading, “Stop shooting….Live Love Respect” and placed them with the help of the children all around the neighborhood.
German is as artistically ambitious as she is socially determined. Her commitment to a contemporary fusion of artistic forms marks a qualitatively new artistic genre, Spoken Word Opera.  She merges various historic and contemporary strands of African American culture into a unified production, expanding spoken word poetry by infusing it with the theatricality of opera, African American storytelling, and enhanced theatricality.

At the close of her performance in Washington that December afternoon German declared that “freedom is the sound of the loud man drunk on the sun.”  She exhorted those in that official Washington auditorium to “rise as if the sun, get up from whence you was” and “tell your story and then restore us with the story/ and rise.” In doing so she unlocked the door on the room of infinite possibility that she believes is energized by the power of love.  In her new spoken opera, everyone can go to places they never could imagine.  The magic and mystery of that journey is, for her, the transformative and redemptive power of art.  A power she enhances by linking art and community.

Artistic Visionaries and Community Creators
The power of the performing arts to nurture inclusive communities has been praised widely in recent years; so much so that “creative placemaking” is now seen as a powerful tool in community development. The supportive role of community in fostering artistic innovation is less acknowledged. This series highlights the work of visionaries for whom creating communities of students, protégés, audiences, and donors has become a strategic element in transforming their arts.

Article
Urban Studies
Storm-Torn Cities Can Come Back More Dynamic than Ever
By Blair A. Ruble on September 13, 2017 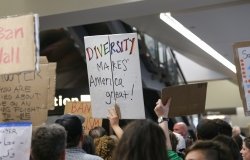 Article
Democracy
What to Do With Diversity in a Society
By Blair A. Ruble on September 7, 2017 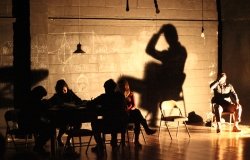 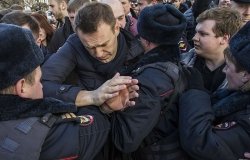 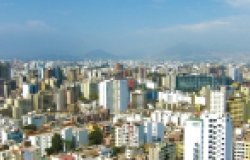 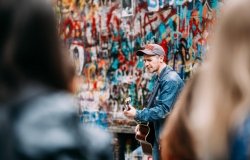