Explore More
Close
Blog post
Reactions in the Americas to the Supreme Court Abortion Ruling
By Sofía Schuchner on July 1, 2022
Share on FacebookShare on TwitterShare via Email
SharePrint
Blog post 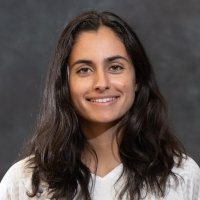 Since 2014, over 6 million Venezuelans have left their country due to political turmoil, economic instability and a chronic humanitarian crisis, the second-largest displacement worldwide, behind only Syria. For years, most of this migration has taken place within Latin America, where countries have shouldered enormous financial and administrative burdens, with only modest international assistance, to support these refugees and migrants. Colombia, for example, has granted a ten-year temporary protection status for over 1.8 million Venezuelans. But as the Venezuela crisis grinds on, it is spurring calls for a longer-term solution and greater burden sharing. President Gabriel Boric of Chile recently suggested the use of quota laws based on the European system to distribute displaced Venezuelans throughout the Americas. For his part, Secretary of State Antony Blinken hosted a migration summit in April in Panama to discuss hemispheric cooperation on migration, an issue expected to come up again at the Summit of the Americas in June in Los Angeles.