Skip to main content
Support
Show
Streaming
What’s Next for Brazil? The 2022 Elections and Beyond
Watch Now
Play Video
Show
Streaming
The Spectre of War: International Communism and the Origins of World War Two

War in Ukraine and Elections in Brazil 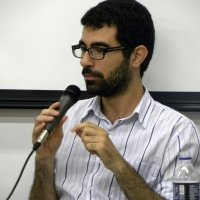 On March 2, a clash between Brazilian demonstrators in front of the Russian Consulate in Rio de Janeiro underscored the politicization of the European conflict in Brazil. While protesters from the far-right Free Brazil Movement (MBL) expressed support for Ukraine, supporters of the far-left Workers’ Cause Party (PCO) brandished posters glorifying the Russian leader, Vladimir Putin. Both parties accused the other of being puppets of foreign powers. The PCO is Marxist, but its views have echoed those of the far-right Brazilian president, Jair Bolsonaro, who appears to regard Russia as a bulwark against globalism and U.S. imperialism.

In the United States, Russia’s invasion of Ukraine has brought about a rare measure of bipartisan agreement. In Brazil, by contrast, the varied and counterintuitive reactions from the political class illustrate the limited value of traditional definitions of “right” and “left,” and show how relations with Russia muddle partisan and ideological lines.

In recent years, Ukraine has factored prominently in Brazil’s political imagination. Ukrainian groups have influenced segments of the far right that have supported Bolsonaro since at least 2013. During Ukraine’s political upheaval that year, the brutality of paramilitary organizations like the Azov Battalion became legendary among certain right-wing Brazilian groups. Conservative activist Sara Winter, for example, claimed to have received training in Kiev before establishing the “Group 300.” Group 300 has called for the dissolution of Brazil’s Supreme Court amid clashes between Bolsonaro and the justices. Winter has also promoted violence to “Ukrainize Brazil” and rid the country of “corrupt and internationally supported elites.” For its part, MBL recently sent a congressman, Arthur Do Val, to Ukraine to fight against Russia’s “communist threat.” In Ukraine, Do Val shared a photo of himself apparently assembling Molotov cocktails, and caused outrage over leaked audio recordings in which he said it would be easy to take advantage of Ukrainian women because of their poverty and desperation.

In contrast, other far-right voices, such as the late Bolsonaro whisperer Olavo de Carvalho, have heartily defended Russia. For these thinkers, Putin’s social conservativism is a model for Brazil, particularly with regards to minority communities and feminists. That admiration helps explain Bolsonaro’s trip to Moscow mere days before Russia invaded Ukraine. During the visit, Brazilian conservative groups shared manipulated photos depicting Bolsonaro and Putin riding horses together into battle and mocking Western European nations as weak and captive to the demands of historically marginalized communities.

As evidenced by the pro-Russia PCO protest, the response to the war by Brazil’s leftist groups has been similarly incoherent. The far-left defends Putin, while center-left parties, such as the Sustainability Network, accuse Bolsonaro of attempting to import election-rigging technology from Moscow. For its part, the Workers’ Party (PT) of former President Luiz Inácio Lula da Silva, the leading candidate in this year’s presidential election, is divided. Lula has urged a diplomatic solution and criticized Russia’s use of force, while PT Senator Paulo Rocha railed against the “U.S. policy of aggression against Russia.” Those comments drew a rebuke from party leaders, but they underscore how some Brazilian left-wing politicians admire Russia’s resistance to U.S. hegemony.

Brazil’s most significant presidential election in 30 years will take place in October, and foreign policy is likely to play a more central role than ever before, as political parties lean on foreign crises to score domestic political points. The implications for Brazil’s foreign policy could be far-reaching, particularly if the conflict in Ukraine endures.

Foreign policy is likely to play a more central role than ever before, as political parties lean on foreign crises to score domestic political points.”

Brazil has long expressed discomfort with the use of force and international sanctions, as it sought to maintain neutrality and leverage great power competition to its advantage. Should Lula return to power, however, a protracted war in Ukraine would make it difficult to remain neutral between Washington and Moscow. Given that several parties likely to join his coalition are sympathetic to Russia, Lula could be pressured to resist international sanctions. That would generate tensions with the United States and the European Union, and make it harder to repair important diplomatic relationships.

If Bolsonaro is reelected, Brazil would be even less likely to join international efforts to punish Putin, given Bolsonaro’s admiration for the Russian leader and Russia’s popularity with Bolsonaro’s far-right supporters. In either case, domestic politics over Ukraine have put Brazil on a potential collision course with the United States and Europe.

Domestic politics over Ukraine have put Brazil on a potential collision course with the United States and Europe.”