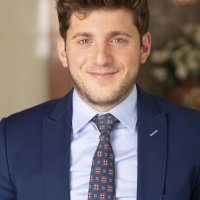 Starting in 1979 and lasting through most of the Iran-Iraq War, West German and Iraqi intelligence officials developed a backchannel that resulted in a substantial exchange between the countries. Ali Dogan reveals how and why this relationship came about and what consequences it might have had on the war with Iran.

In the summer of 1979, the West German Federal Intelligence Service (Bundesnachrichtendienst, also known as the BND) chief Klaus Kinkel, together with the high-ranking official of the Federal Ministry of the Interior, Dr. Heinrich Boge, visited Baghdad.

The visit was heavily influenced by the change in the Iraqi regime. Saddam Hussein, the new president and an anti-communist, made clear that Iraq would no longer rely solely on the Soviets to acquire equipment, technical expertise, or intelligence. Saddam’s anti-communist sentiment, along with the well-established desire for German intelligence, ushered in a new era of German-Iraq relations and marked the beginning of German-Iraqi intelligence sharing.

The priorities for each side were clear from the start. Iraq’s intelligence agencies were interested in German espionage equipment and training in the BND schools. The BND, on the other hand, desired contacts with intelligence agencies in the Middle East. Acquiring information on terrorist organizations such as the Palestine Liberation Organization (PLO) and the Red Army Faction (RAF) was deemed essential to West Germany’s security in the 1970s and 1980s.

In the beginning of the 1980s, the BND sent its first legal station chief to the West German embassy in Baghdad. The station chief was also the liaison officer for the BND in Iraq. Relations with Iraq seemed to improve during the first years of Saddam’s regime. Iraq’s intelligence services received espionage equipment from the German company Telemit, and were trained at BND schools in Bavaria. West Germany, meanwhile, benefitted from its good relations with a regional power in the Middle East and received information on the whereabouts of RAF terrorists.

The last known meeting between West German and Iraqi high-level intelligence officials took place during the visit of Saadun Shakir, Iraq’s Minister of Interior, to West Germany in April 1982. As the interior minister, he was also the head of the domestic intelligence agency of Iraq, or the Al ‘Amn Al ‘Amm (Directorate for General Security).

During his visit in Germany, Shakir met Klaus Kinkel and brokered an agreement to train Iraqi special forces personnel in Baghdad. Kinkel provided the contact to a company known as the “Wenzel Hruby Communication Equipment GmbH Import Export Transit” in Hamburg, which in turn contracted GSG 9 specialist Ludwig Heerwagen for a monthly salary of 18,000 DM. The contract included the delivery of weapons from Heckler & Koch to Iraq and was signed by the member of the Iraqi secret service Ibrahim S. Ali.[1]

Furthermore, Shakir and Kinkel reached an agreement on the training of Iraq’s domestic intelligence officers at the BND and the Criminal Police Office (LKA) of Bavaria. Iraqi intelligence officers were trained at the BND school in Haarsee, Bavaria, and Iraq’s surveillance specialists were trained at the technical school in Pöcking near Starnberg. Police officers attended courses at the LKA in Munich and police schools in Augsburg and Rosenheim. The training courses were accompanied by the supply of weapons and technology for telecommunications surveillance.[2]

At the end of the visit, Kinkel gave Shakir several weapons from the German company Krausser as a present and even helped him obtain an official export permit for them. A document from the Bundesarchiv (German Federal Archive) also reveals that the Iraqi Interior Minister's weapons were repaired in Germany in the beginning of 1984.

For Germany’s Federal Foreign Ministry under Hans Dietrich Genscher, the training of intelligence officers from Iraq had “a very broad political impact in the long run and a positive effect on foreign economic relations".[3] The goal of training intelligence officers was not only a business opportunity, but also provided the German government with direct connections to the inner circle of Saddam’s regime. Saddam’s Abu Nasr tribe was leading the country’s security institutions and it was certainly advantageous for the German government to have personal connections to the tribe.

1984, however, was a turning point for West German-Iraqi relations. In 1984, the New York Times wrote that the German companies "Karl Kolb" and the affiliated company "Pilot Plant" had supplied equipment for the development of pesticides to Iraq. Through these pesticide plants, Iraq developed chemical and biological weapons for the fight against Iran and the Kurds. While German officially denied this, it shook Germany’s political and economic relations with Iraq. However, this was only the tip of the iceberg and until now the whole range of the German exports to Iraq were not released.

During the Iran-Iraq War, West-Germany also sold military and security equipment to Baghdad, including radar technology, computers and communication equipment. The exports show that German companies could easily avoid the German War Weapons Control Act (Kriegswaffenkontrollgesetz) either through lobbying for the export license or by exporting through a third country. Either way, public attention to these exports increased the German government’s use of the BND as a secret back channel to Iraq.

The three pictures you see here were found during my research and reveal much about this period of German-Iraq relations. These historical pictures were first disclosed in February 2021 and show the visit of a high-level BND delegation to Iraq. Fadhil Al-Barrak, the head of Iraq’s foreign intelligence agency (Jihaz Al-Mukhabarat Al-Amma Mukhabarat) met Hans Georg Wieck, the head of the BND, during the end of the Iran-Iraq War. While the person who shared these pictures did not name the people next to Fadhil Al-Barrak, I have been able to identify the officials and estimate the time this visit took place. The aircraft registration number visible on the jet engine, as well as recognizing Hans-Georg Wieck and Ambassador Richard Ellerkmann, not only prove the visit of a high-level political delegation, but also show that this visit took place between mid-1987 and 1989.

Eventually, thanks to the discussion around Al-Barrak in Iraq, the disclosed pictures provide a new insight into the relations between Germany and Iraq. While we do not know what the reason and content of this meeting was, it is certain that German-Iraq relations, especially security relations, needs to be revisited and analysed further. It is here that I want to encourage others to also study Iraq’s social media to find out more about Iraq’s history.