Why Did Stalin Kill (Not All) the Lawyers? 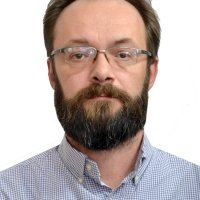 In the late 1930s, about 160 lawyers in Moscow alone were accused of counterrevolutionary plots, sentenced to death, and shot, with a few having died in custody, and an additional sixty sent to labor camps or exiled to far-away Russian regions.

Lawyers were not the only profession decimated in this manner. The same fate befell military professionals, industrialists, scientists, prosecutors, artists—you name it. But why target the Soviet bar, created from ruins in the 1920s and fiercely supported just a few years earlier by Andrei Vyshinsky, the almighty Prosecutor General of the USSR, who was now co-signing thousands of extrajudicial death sentences?

In a photo taken around 1905, a group of comparatively young Moscow lawyers surrounds the legendary Feodor Plevako, the portly gentleman in the center, who was revered by the Russian legal community as “the conscience of the Russian bar.” The group, known as the “Moscow Five,” was part of a broader left-leaning movement, the “political” bar.

These progressive lawyers represented the persecuted: striking workers, poor peasants, sect members, Jews, and revolutionaries, including Bolsheviks who became Communist functionaries twenty years later. Some of those pictured stayed in Soviet Russia. They would have had no shortage of defendants as the new state uncovered enemies among entire swaths of its unsuspecting citizens. With their values and professional experience, those respected Moscow lawyers could have become stalwart upholders of the rule of law in the Soviet reign of terror. But they could not, not in the late 1930s, or even ten years earlier. They were allowed only a very limited role in the revolutionary state and eventually became its target themselves.

The first big political trial at which defense lawyers were allowed—initially—to represent clients was that of the “Right” faction of the Socialist Revolutionaries in 1922, who were accused of conspiring to carry out terrorist acts against the Bolsheviks. In addition to several foreign “socialist lawyers,” such as former president of the Second International Emile Vandervelde and Karl Liebknecht’s brother Theodor, the defense team included nine Russian lawyers, among them three former “political” lawyers.

One of these three was Nikolai Muravyov; in the photo, he is the man seated at right with his legs crossed. Muravyov was one of the founding members of the Political Red Cross, a surreally tolerated NGO that was trying to rescue or at least provide material help to political prisoners of the new regime and was active until 1935. He died of a heart attack on New Year’s Eve, 1936—just in time: according to a family legend (probably untrue), NKVD operatives were searching the house where his body lay in a coffin on a dining table.

Another defense attorney at the 1922 trial, Alexander Tager, was sentenced to death seventeen years later. On the first day of the show trial, Pravda, the official Communist Party mouthpiece, called them, collectively, “hired-gun professional lawyers” and “hard-core litigation crooks.” Before and during the trial the government organized mass rallies headed by, among others, the presiding judge and prosecutor, with people shouting curses and carrying banners reading “Death to the Traitors of the Revolution.” At some point, a group of the most active demonstrators was allowed into the huge, crowded courtroom (there is a harrowing twenty-minute silent footage of the trial), where for two and a half hours they indulged in insulting the defendants and demanding death penalties for them. The next day Muravyov, on behalf of the defendants and his colleagues, protested and demanded a retrial with new judges and a new prosecutor. When this motion was rejected, after lengthy and aggressive arguments, the defense refused to participate further in the “parody of justice.” “Woe betide the country, woe betide the people,” said Muravyov, “who are disrespectful of the law and deride those who defend this law!” (He was reprimanded by the presiding judge for “insulting the Russian people.”)

The trial continued without them (the foreign lawyers had left earlier). The core group of defendants were sentenced to death, but the sentence was “suspended.” In essence, the twelve defendants were held hostage in prison to prevent their party’s further “adversarial conduct.” Eventually, most of them died in prison.

What Muravyov and his colleagues did was courageous, and at least three of them suffered the consequences: they were arrested and exiled for three years (Muravyov and Tager returned within a few months, summoned by none other than Felix Dzerzhinsky, head of the GPU, the future NKVD). They learned their lesson. In his autobiography, written in 1931, Muravyov says: “In the summer of 1928 I nearly made the mistake of participating in the Shakhty Trial [the first major show trial since the 1922 trial of the Socialist Revolutionaries] but, with the benevolent assistance of some of my clients who had slandered me … I withdrew just in time from this trial … which was similar to [the 1922 trial] in that its judicial form was just a shell for the big political action.”

In the 1928 Shakhty Trial, fifty-three engineers and managers were accused of conspiring with the former owners of the coal mines in the industrial area of Donbass to sabotage the Soviet economy. As would become common in the following ten years, most defendants were forced to confess in the pretrial stage, either under physical coercion or in the hope of receiving a more lenient sentence. In fact, the reason Muravyov decided to step down “just in time” was that he had learned about this situation from his meetings with potential clients and his conversations with other lawyers on the case (he explains this in a letter to the bar president).

On December 1, 1934, the day First Secretary of the Leningrad Party Committee Sergey Kirov was assassinated, a one-page law was passed to amend the criminal procedure (ostensibly in response to this event). In cases involving “terrorist organizations and acts of terror,” investigation now had to be completed in ten days, cases had to be heard “without the parties” (that is, without prosecution or defense present), verdicts could not be appealed, and death sentences had to be executed “immediately.” Soon these provisions were extended to any cases involving “counterrevolutionary activities” and heard by the Military Chamber of the Supreme Court. In addition, an extrajudicial body called the NKVD Special Council was created a few days later. The Special Council, consisting of high-ranking police officials, could exile or send to labor camps (initially for a maximum of five years) anyone it deemed “socially dangerous,” without any kind of hearing or representation by the “parties.” In 1937 the maximum sentence was increased to eight years, and, starting in 1941, the Special Council could impose the death penalty. The Special Council turned out to be an effective tool: in the twenty years of its existence, it sentenced close to half a million people, most of them to camps.

But occasionally Stalin opted for big trials, mostly to send propaganda messages, demonstrate his resolve, and consolidate his subjects. The most famous of those are the three so-called Moscow Trials (1936–1938) of former high-ranking officials. By that time, the trials were mostly cruel, bloody shows, with the defendants (previously tortured) repenting their heinous crimes against the Soviet state and doggedly begging for mercy. For that reason, most of them waived their defense.

In the Third Moscow Trial, held in March 1938, there were twenty-one defendants, headed up by Nikolai Bukharin and Alexei Rykov, all but three of whom were sentenced to death and shot—and two lawyers. Nikolai Muravyov was dead, and many of his old colleagues had already been arrested themselves or were disbarred and awaiting arrest.

In the photo, the man standing proudly is Pavel Malyantovich. A prominent “political” lawyer in the 1900s, he hosted a couple of illegal Bolshevik meetings in his apartment in the 1910s. He stayed in Soviet Russia to help build the new Soviet bar. He was executed in January 1940, after three years in NKVD prisons. He was seventy years old.

Why would Joseph Stalin want to kill all these men, mostly in their sixties? (Many of them were on Stalin’s secret lists of specific individuals scheduled for killing, signed by Stalin or his seconds in command, after the individuals were allotted fifteen-minute formalistic trials that served only to rubber-stamp the sentence.) Did he find good lawyers loathsome, as Dick the Butcher in Shakespeare’s Henry VI seems to have found them (“First thing we do, let’s kill all the lawyers”)?

Stalin may have disliked the profession, as Vladimir Lenin did (and confirmed in writing more than once). But lawyers in 1938 were anything but an obstacle for the NKVD, courts, or anyone else involved in the Soviet justice system, especially in politically motivated trials.

I know the answer to only a part of that question. Why did he bother to kill the 160 who were left to scrape a living advising Muscovites on divorces and housing disputes, and representing state-run sewing collectives? Maybe he just disliked them. It is possible that dislike for independent lawyers with a sense of dignity, or even just a recollection thereof, is common in butchers.