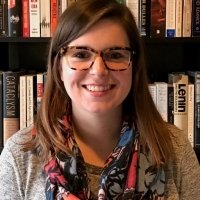 Library and Archives Canada offers new perspectives on the Euromissiles Crisis and much more.

Library and Archives Canada offers new perspectives on the Euromissiles Crisis and much more.

For much of the period since 1945, multilateralism has been an “article of faith” of Canadian foreign policy. Canadians relished these international connections, participating in a wide range of multilateral organizations: the United Nations, the North Atlantic Treaty Organization, la Francophonie, the Commonwealth, the Organization of American States…the list went on.

For historians, these Canadian connections are an opportunity. Membership translates into archival records.

Holdings at Library and Archives Canada (LAC) are extensive and easily accessible to researchers. There are the obvious advantages of language: Canadian documents are low-hanging fruit for English- and French-speaking scholars. LAC is also a comfortable place to work—its reading room is open until 11pm most nights and on Saturdays.

Records from Global Affairs Canada and its predecessor agencies tend to follow a straightforward filing system, usually organized by theme. Folders in the catalogue include detailed names like “Francophonie – International Conferences – Conference Ministerielle de la Francophonie (CMF)” and “Political Affairs – United States of America – Policy and Background – Foreign Policy Trends – Union of Soviet Socialist Republics.” Alongside these clear folder names, the files also have codes which can be used to identify a series of related records over time.

Declassification requests—known as Access to Information requests or ATIPs—are processed quickly with few, if any, withholdings. Compared to the FOIA and MDR processes in the United States, ATIP is significantly faster and more likely to release documents. It does, however, carry a cost of $5 per request. One batch of folders I requested, dealing with NATO’s deliberations over the deployment of Intermediate-Range Nuclear Forces (INF) and the subsequent INF Treaty, included some four thousand pages of documents. Not a single page was withheld during the declassification process.

Seeing NATO from a Different Perspective

In my current research, I consider how Canadian debates over INF and the Euromissiles Crisis unfolded vis-à-vis Europe and the United States, in order to situate Canada in broader transatlantic narratives. Strikingly, the records I retrieved about INF include very little on Canada’s foreign and defense policy under Pierre Trudeau, Joe Clark, or Brian Mulroney. Yet they hold much value for international historians. Canada’s successive governments recognized and acknowledged that they should not play a major role in NATO’s debates regarding the Euromissiles—a fundamentally European issue. Instead, Canada’s records provide a detailed observer’s account of the INF issue while it was debated behind closed doors at NATO between 1981 and 1987.

In one flurry of cables from February 1986, Canadian assessments focused on a chronic issue within NATO: consultation within the Alliance. NATO’s Special Consultative Group was used as a forum to “air views of allies,” hold briefings on the current state of negotiations, and to share a new negotiating position right before it was tabled. As one dispatch from Brussels concluded, paraphrasing Winston Churchill, “NATO nuclear collective consultation is the worst form, except all those other forms that have been tried from time to time.”

Canadian officials also pointed to concerns regarding talk of complete nuclear disarmament between the superpowers. One dispatch from Brussels reported “substantial unhappiness” amongst the Europeans that the United States and the Soviet Union would discuss disarmament “even if neither of them believed in it.” Nuclear deterrence had prevented war in Europe for the preceding four decades, and US-Soviet discussions of disarmament only made it even more difficult to convince public opinion of deterrence’s continued importance. In Washington, Canadian officials warned of disagreement to come between the Europeans and the Americans over the “zero option,” the longstanding proposal to reduce both US and Soviet INF to zero. The issue at hand, the assessment concluded, stemmed from the need to negotiate in public. Initially conceived as a proposal “to embarrass [the] Sov[iet]s and ensure public support for INF deployment,” the zero option now threatened to place the allies in a difficult position, raising questions about decoupling the United States from Western Europe.

There are countless more reports on regular consultations, be it meetings of the High Level Group, the Special Consultative Group or informal briefings on the state of US-Soviet negotiations. Particularly on NATO’s later discussions, such as the difficulties surrounding the Pershing I-As in the summer of 1987, the materials available at Library and Archives Canada are an exceptional resource given the limited documents currently declassified elsewhere.

This is just one example to illustrate the richness of LAC’s holdings on major international questions and the opportunities for researchers. On the whole, I have had some 30,000 pages of material declassified at LAC on topics including Pierre Trudeau’s Peace Mission, NATO’s Nuclear Planning Group, and the Soviet invasion of Afghanistan. And this is to say nothing of the thousands of pages already declassified and available in LAC’s reading room.

Ottawa had a unique outlook on transatlantic relations distinct from European and American perspectives. Moreover, Canadian documentation is abundant, covering countless international institutions and conferences and on issues ranging from disarmament to climate change. My experience suggests that the thorough and diligent record-keeping of a well-connected, friendly ally offers a unique set of insights not found in the United States, Western Europe, or elsewhere.