World War II, Race, and the Southeast Asian Origins of the Domino Theory 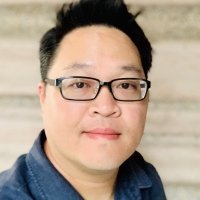 Above all else, Japan’s invasion of Southeast Asia and Euro-American attitudes about race shaped Eisenhower’s domino theory

On April 7, 1954, US President Dwight Eisenhower used the image of “falling dominoes” to answer a reporter’s question about the “strategic importance of Indochina to the free world.”

Implying that Indochina stood at the head of a “row of dominoes,” Eisenhower explained that should communists “knock over the first one,” the last would “go over very quickly.” The following month, after the Vietnamese communists defeated French forces at Dien Bien Phu, Eisenhower revisited his “theory of dominoes” at another journalist’s request, stating that the “free world” must not “write off” Indochina but instead “build that row of dominoes so that they can stand the fall of one.”

Whether US leaders’ uncritical belief in the domino theory led to America’s ill-fated war in Vietnam, or whether Washington used the theory merely to justify the expansion of US influence in Southeast Asia, scholars tend to agree that US decision-makers imposed the theory’s platitudes upon the region in willful ignorance of the unique internal dynamics of each Southeast Asian country.

Perhaps this explains why most studies of the domino logic have located its origins far from the very region to which Eisenhower first applied the analogy. One scholar has argued that the domino theory arose from President Woodrow Wilson’s determination to shape America’s global influence and its credibility in world opinion. Some see traces of the theory in the West’s appeasement of Hitler in 1938, which presumably emboldened the Nazi’s expansionist tendencies. Still others insist that the theory arose as US analysts watched the Soviet Union encroach upon Eastern Europe, Iran, Greece, and Turkey after 1945.

But why not look for the domino theory’s origins in Southeast Asia, in the allies’ war against Japan?

In effect, Southeast Asia’s capitulation to Japan pre-plotted the southward path of Eisenhower’s falling dominoes. Between 1940 and 1942, Japan co-opted the regimes of Thailand and Vichy-ruled Indochina, and then drove the remaining western powers from their colonies, one by one.

Beaten back by Japanese forces, Britain retreated rapidly from Malaya. When British officials surrendered Singapore in February 1942, Prime Minister Winston Churchill declared the loss of this “impregnable fortress” island the “darkest moment of the war.” Like dominoes, Indonesia and the Philippines went over to Japan very quickly. By mid-1942, Japan had strung the entire region together in interconnected insecurity. The formative domino logic arose from the colonial order’s stunning and rapid collapse.

Thereafter, the western allies invariably perceived the Cold War for Southeast Asia through the prism of Japan’s World War II victories. Well into the early 1950s, Britain’s defense policy envisioned an external aggressor (this time, communist-led China) toppling Vietnam and Thailand, then Malaya and Singapore in succession. British officials seeking US aid wanted their American ally to see “the Southeast Asian picture correctly,” and learned to their delight that the Americans held similar views. All through 1950, US fact-finding missions that President Harry Truman dispatched to Southeast Asia also concluded that China’s “enemy land forces” must reprise Japan’s “overland invasion of Malaya” like in the “last war.”

When US officials from these missions visited UK Commissioner-General for Southeast Asia Malcolm MacDonald in Malaya and Singapore, he encouraged them to see Indochina as the “highway to the rest of South East Asia.” If Indochina fell to the Chinese and the Vietnamese communists, MacDonald explained, Thailand “wouldn’t resist at all,” laying bare the rest of the region for conquest.

US records show that American officials needed no convincing. Their reports to Washington underscore that they, too, expected any Chinese “movement southward” to “practically annihilate” French forces in northern Indochina and precipitate the second coming of what Churchill had dubbed the “darkest moment of the war.”

Crucially, locating the origins of the domino logic within Southeast Asian history also illuminates the racial character of the theory that scholars have overlooked. Indeed, London and Washington feared that the ten million ethnic Chinese who lived in Southeast Asia would readily serve Beijing’s hegemonic ambitions and emulate the Japanese campaign. Western leaders had long suspected that Southeast Asia’s Chinese remained “racially, culturally and politically…bound to the mother country.”

Anglo-American anxieties intensified as Beijing began cultivating the Chinese of Indonesia, giving rhetorical (but little material) support to the guerrillas of the mostly Chinese Malayan Communist Party, and pouring communist propaganda into Singapore’s Chinese-language middle-schools. If Japan’s fifth columns in Southeast Asia had proven effective, millions of Chinese across the region promised only worse. The Eisenhower administration, to block Beijing’s influence, labored for years to have anticommunist Taiwan win over Malaya and Singapore’s Chinese.

Thus, when Eisenhower coined the domino theory, he was not so much invoking strategic lessons from far-flung regions of the world. Rather, he was re-inscribing western perceptions of Southeast Asia’s particular interconnected insecurity that had stood in plain sight since the Pacific War.

This essay is adapted from material in The Arc of Containment: Britain, Malaya, Singapore and the Rise of American Hegemony in Southeast Asia, 1941-1976 (Cornell University Press, forthcoming fall 2019) and “The Domino Logic of the Darkest Moment,” Journal of American-East Asian Relations 21, no. 3 (2014).