The 19th Hijacker: A Novel 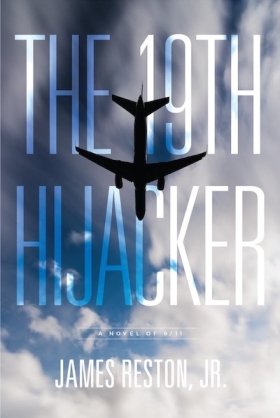 Everyone knows what happened on September 11, 2001. But do we really know what was behind this act of war? What was the lure? What was it about the Hamburg cell that appealed to him? What lured this educated son of a successful Lebanese family to the jihadist message of destruction and annihilation that would result in the death of 3170 Americans?

These questions torment Sami Haddad as he pondered his choice, in August of 2001, whether or not to join the 9-ll hijackers. Through a series of tape recordings which Sami had made in the months before the operation, he tells his beautiful and feisty Turkish-German lover, Karima Ilgun, of his first meeting with Muhammad Atta in Hamburg, of his training in Afghanistan under the watchful eye of Al Qaeda’s military chief, of his meeting with Osama bin Ladin where he swears his oath of allegiance, and of his final months of preparation in Florida where he comes to loath Muhammad Atta but cannot find the courage to flee. A sense of doubt and skepticism suffuses his musings to her, but also of weakness.

After the attack on 9/11, Kommissar Recht, a rumpled German government investigator, is tasked to ferret out Karima’s role, if any, as an Al Qaeda operative. He comes to suspect that she is withholding valuable evidence, but under German privacy law he is barred from employing strong-arm tactics that would force her to talk. Surviving members of the Al Qaeda cell in Hamburg also suspect Karima is hiding Sami’s tapes. To them, Sami’s recollections are sacred artifacts of what they deemed to be their successful mission, but they fear his presentation of the attack might be something less than heroic. Karima is caught between these two forces, either of which could have terrible consequences for her. How she resolves this dilemma is the climax of the novel.