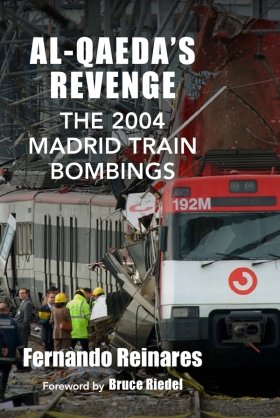 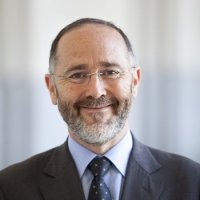 Al-Qaeda’s Revenge: The 2004 Madrid Train Bombings tells the story of “3/11”—the March 11, 2004, bombings of commuter trains in Madrid, which killed 191 people and injured more than 1,800. It runs from the development of an al-Qaeda conspiracy in Spain in the 1990s through the formation of the 3/11 bombing network beginning in March 2002, and on through the fallout of the attacks. Fernando Reinares’s account draws on judicial, police, and intelligence documents to which he had privileged access, as well as on personal interviews with officials in Spain and elsewhere. The book’s full analysis links the Madrid bombing to al-Qaeda’s senior leadership and unveils connections between 3/11 and 9/11.

Al-Qaeda’s Revenge, Spain’s counterpart to The 9/11 Commission Report, was a bestseller in Spain.

Fernando Reinares is director of the Program on Global Terrorism at the Elcano Royal Institute, as well as professor of political science and security studies at Universidad Rey Juan Carlos, both in Madrid. He coedited, with Bruce Hoffman, The Evolution of the Global Terrorist Threat: From 9/11 to Osama bin Laden’s Death (Columbia University Press, 2014). He is a Global Fellow of the Wilson Center, where he was a Public Policy Scholar in 2011, and he is also adjunct professor at Georgetown University and American University in Washington, D.C.

“A must-read for counterterrorism authorities and concerned citizens alike.”—Foreign Affairs

“Fernando Reinares likely has written the definitive book on the origins of March 11.”—El País

“The most clear-headed and well-documented book on March 11.”—El Mundo

“Al-Qaeda’s Revenge is one of the most important books written on the subject of radical Islamic terrorism in Europe and North America since 9/11. No other book has taken such an in-depth look at the way a plot was conceived and how a conspiracy of plotters came together to execute their plan. This kind of patient reconstruction of a terror attack is a model for intelligence and security services around to the world to emulate to better understand the challenges they face.”—From the foreword by Bruce Riedel, director of the Intelligence Project, Brookings Institution

“It will help educate experts and nonexperts about the operational methods of terrorist organizations. In particular it establishes parallels and comparisons with the September 11 attacks and the 2005 London attacks.”—Luis Bitencourt, National Defense University

Audio
Terrorism
AfPak File: Why Are Afghanistan’s Hazaras Under Attack?