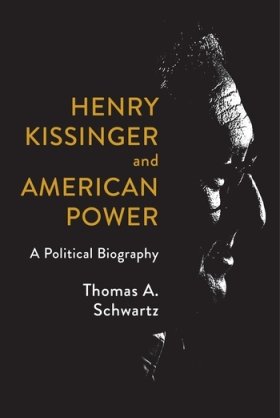 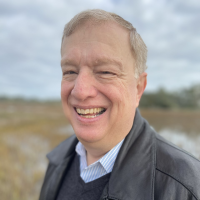 Henry Kissinger is the most famous and controversial American diplomat of the 20th century.  Most previous studies focus on Kissinger’s idea...

Over the past six decades, Henry Kissinger has been America’s most consistently praised—and reviled—public figure. He was hailed as a “miracle worker” for his peacemaking in the Middle East, pursuit of détente with the Soviet Union, negotiation of an end to the Vietnam War, and secret plan to open the United States to China. He was assailed from the left and from the right for his indifference to human rights, complicity in the pointless sacrifice of American and Vietnamese lives, and reliance on deception and intrigue. Was he a brilliant master strategist—“the 20th century’s greatest 19th century statesman”—or a cold-blooded monster who eroded America’s moral standing for the sake of self-promotion?

In this masterfully researched biography, the renowned diplomatic historian Thomas Schwartz offers an authoritative, and fair-minded, answer to this question. While other biographers have engaged in hagiography or demonology, Schwartz takes a measured view of his subject. He recognizes Kissinger’s successes and acknowledges that Kissinger thought seriously and with great insight about the foreign policy issues of his time, while also recognizing his failures, his penchant for backbiting, and his reliance on ingratiating and fawning praise of the president as a source of power. Throughout, Schwartz stresses Kissinger’s artful invention of himself as a celebrity diplomat and his domination of the medium of television news. He also notes Kissinger’s sensitivity to domestic and partisan politics, complicating—and undermining—the image of the far-seeing statesman who stands above the squabbles of popular strife.

Rounded and textured, and rich with new insights into key dilemmas of American power, Henry Kissinger and American Power stands as an essential guide to a man whose legacy is as complex as the last sixty years of US history itself.

"This intellectually challenging but masterfully written biography focuses on Kissinger's political life, especially the 'personalization' of foreign affairs that he came to typify . . . A sophisticated, well-textured study of a major figure in American political history." ―Mark Levine, Booklist (starred review)

"[A] deeply researched, first-rate narrative . . . [Schwartz] bridges those who accuse Kissinger of being a war criminal for his politics toward Vietnam, Cambodia, and Chile, and those who praise his negotiations with China, the Soviet Union, and the Middle East . . . [A] richly detailed investigation." ―Karl Helicher, Library Journal (starred review)

"[An] even-handed biography . . . Schwartz skillfully illustrates the complex dynamics between [Kissinger and Nixon] as Kissinger’s fame and regard rose, culminating in a Nobel Peace Prize, and Nixon’s influence ebbed during the Watergate scandal . . . [An] accessible account [that] serves as a worthwhile introduction to Kissinger and the geopolitics of the 1960s and ’70s." ―Publishers Weekly

"To re-examine Henry Kissinger requires balance and perspective, and these Thomas Schwartz supplies in his masterful account. Balance between a focus on the man and an understanding of the domestic and international constraints and opportunities; perspective in using our current knowledge without being blinded by hindsight. Both those coming to the story for the first time and experts will learn from Schwartz’s treatment." ―Robert Jervis, author of How Statesmen Think

"Henry Kissinger has been deified and demonized but rarely understood. With a shrewd eye worthy of his subject, Thomas A. Schwartz has given us a fair-minded, savvy, highly readable portrait of the most fascinating statesman in American history." ―Evan Thomas, author of Being Nixon and coauthor with Walter Isaacson of The Wise Men

"Henry Kissinger and American Power is impeccably researched and elegantly written. Thomas Schwartz sheds fresh light and understanding on the life of one of the most influential figures in recent American history and on an era that spans the Cold War to Covid-19." ―H.R. McMaster, author of Dereliction of Duty and Battlegrounds: The Fight to Defend the Free World and former National Security Advisor