A Kennan For Our Times: Revisiting America's Greatest 20th Century Diplomat in the 21st Century 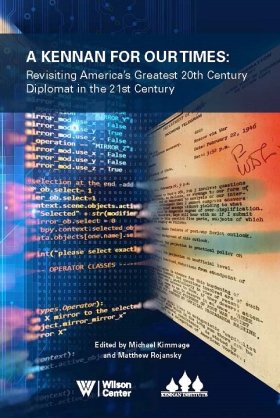 Book Launch: A Kennan for Our Times

This event will address containment, the U.S.-Russian relationship, policy planning, and the international order in the 21st century via an...

George F. Kennan was the leading voice in shaping the U.S. foreign policy toward Russia for the majority of the 20th century. A Kennan for Our Times: Revisiting America's Greatest 20th Century Diplomat in the 21st Century (October 2019), edited by Kennan Institute Director Matthew Rojansky and Catholic University Professor Michael Kimmage, highlights his enduring legacy. It is a collection of scholarly and personal essays as well as interviews with four previous directors of the Office of Policy Planning at the U.S. Department of State, which George F. Kennan established.

A PDF can be downloaded above.