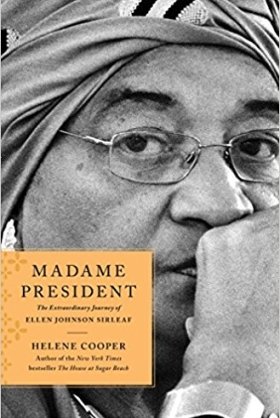 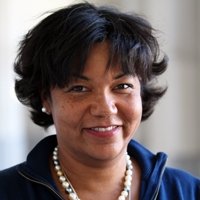 The harrowing, but triumphant story of Ellen Johnson Sirleaf, leader of the Liberian women’s movement, winner of the Nobel Peace Prize, and the first democratically elected female president in African history.

When Ellen Johnson Sirleaf won the 2005 Liberian presidential election, she demolished a barrier few thought possible, obliterating centuries of patriarchal rule to become the first female elected head of state in Africa’s history. Madame President is the inspiring, often heartbreaking story of Sirleaf’s evolution from an ordinary Liberian mother of four boys to international banking executive, from a victim of domestic violence to a political icon, from a post-war president to a Nobel Peace Prize winner.

Pulitzer Prize–winning journalist and bestselling author Helene Cooper deftly weaves Sirleaf’s personal story into the larger narrative of the coming of age of Liberian women. The highs and lows of Sirleaf’s life are filled with indelible images; from imprisonment in a jail cell for standing up to Liberia’s military government to addressing the United States Congress, from reeling under the onslaught of the Ebola pandemic to signing a deal with Hillary Clinton when she was still Secretary of State that enshrined American support for Liberia’s future.

Sirleaf’s personality shines throughout this riveting biography. Ultimately, Madame President is the story of Liberia’s greatest daughter, and the universal lessons we can all learn from this “Oracle” of African women.

"Madame President is more than the life story of Ellen Johnson Sirleaf, who broke political and cultural barriers in becoming the first woman to be elected president of an African nation. It is the expansive and penetrating narrative of a country, Liberia, that sweeps across continents and time...It moves swiftly through decades, eventually addressing the Ebola crisis that became the nadir of Sirleaf’s two terms in office...[Cooper] writes vividly and with authority...her book is impressive for both its detail and the insight it provides into a historic figure. Throughout, she offers an unflinching look at the reserved Sirleaf’s personal life and presidency, which comes to an end this year, while also telling of Liberia’s pain and pride."
--Washington Post

"Cooper, who grew up in Liberia, tells the Nobel Peace Prize winner's personal story and examines her leadership of the Liberian women's movement, promising a look at one of the few women to run a nation not only in Africa, but anywhere."
--Washington Post

“Unspools like a novel, fitting for a life that is nothing short of mythic…It's filled with details that emerge from dogged reporting as well as an intimate understanding of Liberia's complexity and culture, which perhaps could come only from being a native daughter…Cooper's prose, witty, blunt and peppered with the Pidgin English spoken by the peoples of Liberia, immerses the reader in the fabric of that small, West African country…Madame President is a fascinating read to enlighten those who may know little about this woman and the nation she leads, and who will undoubtedly be left wanting to know much more.”
--USA Today (3.5 stars)