Nested Nationalism: Making and Unmaking Nations in the Soviet Caucasus 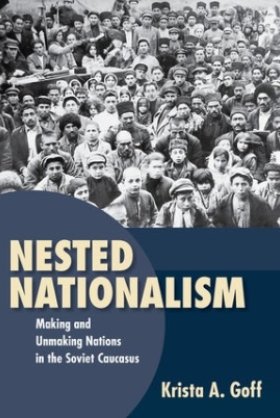 In this book talk, Krista Goff will explain how Soviet-era experiences and policies continue to shape interethnic relationships and expectat...

Nested Nationalism is a study of the politics and practices of managing national minority identifications, rights, and communities in the Soviet Union and the personal and political consequences of such efforts. Titular nationalities that had republics named after them in the USSR were comparatively privileged within the boundaries of "their" republics, but they still often chafed both at Moscow's influence over republican affairs and at broader Russian hegemony across the Soviet Union. Meanwhile, members of nontitular communities frequently complained that nationalist republican leaders sought to build titular nations on the back of minority assimilation and erasure. Drawing on extensive archival and oral history research conducted in Armenia, Azerbaijan, Dagestan, Georgia, and Moscow, Krista A. Goff argues that Soviet nationality policies produced recursive, nested relationships between majority and minority nationalisms and national identifications in the USSR.

Goff pays particular attention to how these asymmetries of power played out in minority communities, following them from Azerbaijan to Georgia, Dagestan, and Iran in pursuit of the national ideas, identifications, and histories that were layered across internal and international borders. What mechanisms supported cultural development and minority identifications in communities subjected to assimilationist politics? How did separatist movements coalesce among nontitular minority activists? And how does this historicization help us to understand the tenuous space occupied by minorities in nationalizing states across contemporary Eurasia? Ranging from the early days of Soviet power to post-Soviet ethnic conflicts, Nested Nationalism explains how Soviet-era experiences and policies continue to shape interethnic relationships and expectations today.

"Nested Nationalism is a thoughtfully conceived book that shows how nontitular nationalities had a lot to lose in the drive to assimilate them not only to Sovietness but also to the titular nationality of the larger Soviet socialist republics to which they belonged." 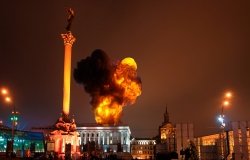 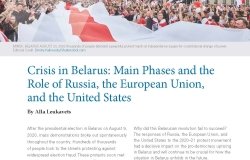 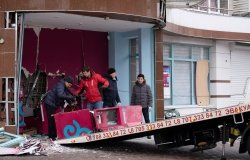