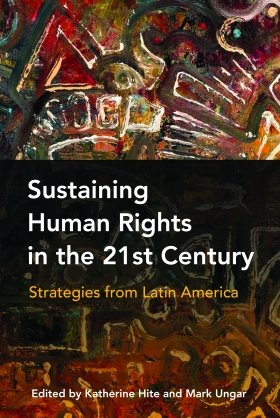 These essays take a much-needed look at the course of human rights strategies rooted in the last century’s struggles against brutally repressive dictators. Those struggles continue today across Latin America. Augmented by the pursuit of broader political, cultural, labor, and environmental rights, they hold accountable a much wider cast of national governments, local governments, international agencies, and multinational corporations.

In Sustaining Human Rights in the Twenty-first Century, some of the Western Hemisphere’s leading human rights experts shape and bolster new approaches, from the concepts of rights to transnational efforts, by placing the struggle for rights in historical and comparative perspective. The contributors provide an historical framework, describe formal and legal institutions, and discuss the citizens’ movements and conceptions of citizenship that produce distinct kinds of political identities and struggles.

The contributions in this volume are the product of the Wilson Center’s June 2009 conference “Human Rights: Challenges of the Past and Challenges for the Future,” held in honor of historian Margaret E. Crahan, whose contributions to human rights scholarship and activism have been essential to the discipline.

Katherine Hite is a professor of political science and the Frederick Ferris Thompson Chair at Vassar College in Poughkeepsie, New York. She is the author of Politics and the Art of Commemoration: Memorials to Struggle in Latin America and Spain. Mark Ungar is a professor of political science and criminal justice at Brooklyn College and the City University of New York Graduate Center. He is author of Policing Democracy: Overcoming Obstacles to Citizen Security in Latin America.

Part II: Institutional and Legal Frameworks and the Question of Accountability
4. The New Accountability Agenda in Latin America: The Promise and Perils of Human Rights Prosecutions
Jo-Marie Burt
5. Reconsidering the Peace-and-Justice Debate: International Justice in Africa and Latin America
Priscilla B. Hayner
6. The United Nations and Human Rights: What Is Wrong and How to Fix It
Thomas G. Weiss
7. Crime, Society, and the Challenge to Human Rights Protection
Mark Ungar
8. Chile: Coming to Terms with a Traumatic Past
Elizabeth Lira

Epilogue: A Task for All
Margaret E. Crahan

“Sustaining Human Rights in the Twenty-First Century gives a solid treatment of a topic of importance for Latin America, with some especially strong chapters that include rich country case details, and gives readers an appreciation for the work of promoting human rights in their many forms.”—Latin American Politics and Society

Professor of political science and the Frederick Ferris Thompson Chair at Vassar College. 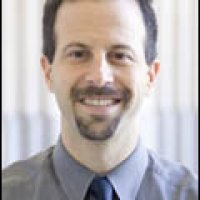