The Abraham Accords One Year Later: Assessing the Impact and What Lies Ahead

Nearly one year ago on September 15, 2020, the United States, United Arab Emirates, and Bahrain signed the historic Abraham Accords. With this accomplishment, the United Arab Emirates and Bahrain charted a new course in the history of Arab-Israeli relations by recognizing the State of Israel and normalizing diplomatic relations. Later that year, two other Arab nations, Sudan and Morocco, followed suit and joined the Abraham Accords, raising the number of Arab States with formal diplomatic ties to Israel from two to six. Today, with the new coalition government in Israel led by Prime Minister Naftali Bennett, there are new political realities at play.

This discussion brought together some of the Ambassadors from the Abraham Accords signatory countries for their perspective, one year later. This important diplomatic initiative is key to maintaining and strengthening peace and stability in the region while collaborating on areas of mutual interest. We also broadcast a special video message of Ambassador Gilad Erdan, Israel's Ambassador to the U.S. and United Nations.

"It is not often in Washington these days, that there is broad bipartisan support, for an initiative amongst members of Congress, and amongst successive administrations of different parties. That is what is so wholly unique about the Abraham Accords. It provided a transformative, positive lens through which we can all now look at what is sometimes a challenging region."

"As we approach the one-year anniversary of the historic Abraham Accords, it is important to recognize just how significant this moment really is. One year ago, Israel, the UAE, and Bahrain met on the White House lawn to cement a new future for the Middle East. Just a few short months later, Israel reached groundbreaking agreements with Morocco and Sudan as well.

Together, we chose peace, progress, and prosperity, over our past differences. We choose to work together to change the way Jews and Arabs perceive each other, to promote mutually beneficial economic activity, and to face the larger challenges in the Middle East, as a united front.

One year ago, though, these were just declarations. It's a little like a marriage, you have the big wedding party, you make vows to one another. But the real test of any marriage is what happens next when the cameras are off, and the celebration is over. Can you really work together to build a lasting partnership? I'm glad to say that, one year later, it is clear, these agreements have gone well beyond their important symbolism. We have used this defining first year to guarantee that our partnership will last for generations to come."

But, I also remind you that when Egypt made peace with Israel, there were no concessions for the Palestinians. When Jordan made peace with Israel, there were no concessions for the Palestinians. This is probably the biggest concession that was reached for the Palestinian cause in the last 25 years. I hope, I think we are in a very broad group where we are continuously advocating for the two-state solution. And for those who are saying that the Abraham Accords were not durable or did not serve the Palestinians, I can tell you, and I think the DCM understands, that my foreign minister spoke with Foreign Minister Ashkenazi six times during the Gaza operation. And at every single phone call, we urged Israel to accept the Egyptian ceasefire proposal. So I think the Abraham Accords can be helpful, can be useful, can provide words of wisdom and advice, ultimately is going to come to the two states to decide that the two-state solution is in their interest, not just ours."

"To start out, I think that there needs to be a continuous commitment from the United States, to acknowledge the Accords, and to move forward—No matter who's in office. This is a once-in-a-lifetime deal and I think a lot has been achieved in one year. A lot can be achieved in the years to come. And the U.S. involvement is critical. I also think that there are opportunities for multilateral approaches, where, if the United States was to look at ways in which member nations can either get access to some of the services that the United States has with other countries. It’s more trade-related, but I think there are advantages in which we can kind of create a special group of countries in which they're getting a special treatment from the United States, whether it's in trade or other areas, that will probably keep the ball rolling and steadily have more countries joining, and that's the ultimate, one of the ultimate goals of the Accords, is to enlarge the group, and for those members to benefit out of each other, collectively."

"I totally agree here about the importance of the people to people because the people to people builds a much stronger foundation. It makes it a warm peace, not a cold peace. It honestly probably is what gives leaders confidence because a leader has to have confidence. These are brave decisions that these leaders took. Okay, we should never underestimate the role of the leaders who made these decisions. But these leaders also had a public underneath, and there's always a question, that we say, but what will happen in the street? How will the street react? Well, we saw. The streets embraced it. And the fact that the street embraces it sends a huge leadership message to other leaders of the world, that they can have confidence,  because they've seen the precedent that's been, that's been taken." 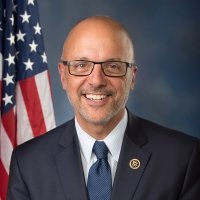 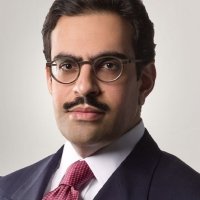 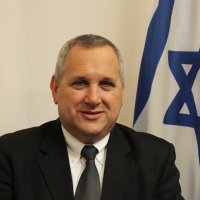 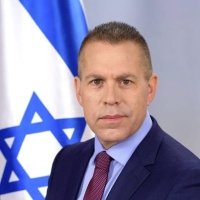