While Russian women actively participate in hard sciences, there is a noticeable opportunity gap between male and female scientists. In 2019, women made up just 5.3 percent of membership in the Russian Academy of Sciences, and women earn about 73 percent of the salary of their male counterparts. What specific gender-related challenges do women scientists face in Russia? How does it compare to other post-Soviet countries and the West? What is the role of the Soviet legacy, and how do the current national dynamics fit in with the global context? Ina Ganguli and Olga Valkova addressed these questions.

Olga Valkova
"This generation [of early Soviet female scientists] was active from the early 20s through the 30s and 40s until the 50s of the 20th century. Very well-educated and used to defending their own interests, they were nearly religiously dedicated to scientific research and accomplished a lot personally and professionally. They were a part of the Soviet elite, but they became a minority among a minority. Their younger sisters were not so lucky."

"In 1935, the Professional Union of Scientific Workers organized an inquiry about the working and living conditions of woman scientists, mostly among those who already held an independent research position and thus had some status. Questionnaires were sent to different scientific institutions and I was able to find some of them. A question was asked whether there was any discrimination in their place of work. The majority answered that there wasn't any. Several said yes, but as the main aim of the questionnaire was to help women, there were several questions about what they needed most professionally and personally. From answer from those questions, we can see very clearly that discrimination existed. Professionally, they needed access to modern laboratory equipment and modern books, especially those published internationally, and opportunities to travel abroad to visit European universities. Personally, they had problem acquiring suitable apartments, needed opportunities for their children to spend holidays in some good places, which were provided for the more advanced members of the scientific community, but not for them."

Ina Ganguli
"One question that I've been looking at was trying to see, well, if we think about the Soviet Union, where you had resources for R&D and for science that's similar to the U.S. prior to the end of the USSR, but as Olga described, in terms of the legal aspects and the norms, gender equality was really at the forefront earlier than in the U.S. and so Olga mentions some very fascinating legal changes, but she also mentioned that you can see these stark gender gaps and so I looked at some data from 1989, so just prior to the end of the Soviet Union, and only two percent of the members were women of the Soviet Academy of Sciences, so very small numbers even at the highest levels[...] How did these [gender publication gaps in the USSR] compare to the U.S. at the time? [...] From 1980 to 2000, basically the end of the Soviet Union[...] you can see that it's pretty steady, this gap prior to 1991, and what you see is that both men and women experience this fall and we know well that there a lot of reasons for this, you know, lack of funding, wages, not being paid to do your work. But what we can see is that actually, there's a bit of a widening[...] So basically in the 90s, women were publishing even less [...] Despite this emphasis on gender equality and scientific achievement in the Soviet Union, we actually somewhat similar levels of publication gaps."

"I think across the board, women were more likely than men to leave science, but I think in some places they were able to stay [...] The problem is funding across the board was just gone and so it was really hard during the 90s to stay and again, I think this idea of who is able to go abroad or to start these international collaborations was key and I think from some places, like in Russia, you see more international collaborations and in other places, like some  of the other former Soviet republics, it was hard to kind of maintain these international connections and I think it was even harder for women." 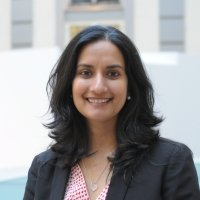 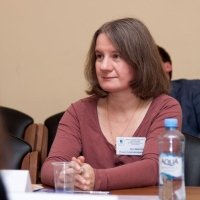