Addressing Maternal Health and Gender-Based Violence in Times of Crisis

Accessing maternal health care is already a challenge in many countries, and when conflict erupts or a disaster strikes, it can get even worse, leaving millions of women on their own while at their most vulnerable, said Ugochi Daniels, chief of humanitarian response for the UN Population Fund (UNFPA). Women and girls also become more vulnerable to violence during times of crisis, she said, by virtue of nothing but their gender.

Addressing Maternal Health and Gender-Based Violence in Times of Crisis

Accessing maternal health care is already a challenge in many countries, and when conflict erupts or a disaster strikes, it can get even worse, leaving millions of women on their own while at their most vulnerable, said Ugochi Daniels, chief of humanitarian response for the UN Population Fund (UNFPA). Women and girls also become more vulnerable to violence during times of crisis, she said, by virtue of nothing but their gender.

Daniels and other experts discussed efforts by humanitarian agencies to better address maternal health and gender-based violence in crisis settings at the Wilson Center on November 20.

More than one third of maternal deaths world-wide occur in crisis settings, said Janet Meyers, deputy director of health policy and practice at the International Medical Corps. During an average humanitarian emergency – famine, conflict, extreme flooding, etc. – you can expect approximately four percent of the population to be pregnant; that’s a lot of people with different needs than your average beneficiary, she said. Furthermore, health facilities are usually destroyed, transportation is limited, community members are unaware of services, and donor services are limited.

“At the beginning of a crisis, we can’t do everything, we can’t do cancer screenings, it’s not appropriate we don’t have time,” said Sarah Chynoweth, an independent consultant for sexual and reproductive health in emergencies. “We have to choose and decide which activities we’re going to focus on.”

To help guide these decisions, a World Health Organization working group has developed a field manual and what’s called the “Minimum Initial Service Package,” or MISP. The MISP outlines steps to reduce mortality and morbidity associated with reproductive health problems. The five main objectives of the MISP, said Chynoweth, are to organize responding organizations and facilitate sexual and reproductive health coordination between them; prevent and manage sexual violence; reduce HIV transmission; prevent maternal and newborn death and disability; and begin the laying the groundwork for implementation of comprehensive sexual and reproductive health services down the road.

An interagency working group of humanitarian organizations also packages essential commodities into prepared emergency reproductive health kits, which can provide condoms, clean delivery kits, post-rape treatments, and other equipment to thousands. The kits typically serve a population of 100,000 to 300,000 for a period of three months and even “enable you to set up an emergency maternity ward if need be,” said Daniels.

“Rape Is the Beauty of War”

Preventing gender-based violence during an emergency is perhaps even more difficult than providing basic health services. It is well known that incidences of sexual and gender-based violence escalate in times of crisis and displacement, said Danaé van der Straten Ponthoz, a legal advisor for the Swiss organization TRIAL (Track Impunity Always), which advocates on the behalf of victims of genocide, war crimes, and other crimes against humanity.

The first line of defense is to engage men and boys. “Raising awareness about gender-based violence and the rights it violates are good tactics, but they are not the most effective techniques,” she said. Instead, she suggested programs that encourage good behavior in young boys and men by reinforcing their role as protectors of their mothers, daughters, and sisters.

It’s also important to engage with any relevant military and peacekeeping forces, not only as critical partners in prevention and protection, but because they are perpetrators in some places, said van der Straten Ponthoz.

Last year, as part of the European training mission in Mali, van der Straten Ponthoz was sent to work with government forces in hopes of reducing human rights violations. “Out of the six battalions that have been trained so far in Koukikoro, none of them have committed human rights violations,” she said. Van der Straten Ponthoz recounted the personal account of a Malian soldier’s thoughts on rape before and after training. “Rape is the beauty of war,” he told her without reservation at the beginning of 10-week training period; afterwards he said, “I will treat every woman with respect like my mother and sisters.”

More male engagement is needed and more military personnel need to be trained on gender-based violence, said van der Straten Ponthoz. “There is no single answer to this issue which is very complex, and it requires a response both on the prevention and the accountability level.”

There are practical things humanitarian organizations can do to reduce the vulnerability of women and girls though. It’s important to segregate latrines by gender in camps and have locking doors, said Chynoweth, and keep in mind where women are likely to have to go to collect firewood.

Availability of certain medicines are especially critical to women and girls. A signature intervention for UNFPA is their provision of “dignity kits” to NGOs and partners, which include essential supplies for hygiene and survival such as whistles, flash lights, underwear, maternity pads, and tooth paste. “This has been a really key intervention with regard to protection [and] sanitation,” said Daniels, “but it’s also really important as an entry point to attract them so we can engage them and begin to talk to them about how they can protect themselves during emergencies, and [provide] basic information that they’ll need to take care of themselves during pregnancy and childbirth.”

Access to resources like post-exposure prophylaxis to minimize HIV transmission, emergency contraception, and psychosocial care services for rape victims need to be consistently available as well. “Women and girls have fled. A lot of times when they’re fleeing they don’t bring their contraception and don’t have access to it, especially emergency contraception,” said Melissa Sharer of John Snow, Inc.

The Long Tail of Ebola

These are immediate needs, but “disasters are becoming more and more protracted,” said Daniels. “If the woman or the girl survives the first week or two weeks of the disaster, the next thing that she’s contending with is trafficking, forced marriage, a teenage pregnancy, or female genital mutilation; therefore, we can’t just do our classic humanitarian interventions.”

To adapt, a recurring theme among the panelists was the need for responding organizations to provide integrated health services – not just responding to HIV/AIDS or malaria, for example, but being able to respond to any need a woman or girl has. The devastation wrought by Ebola in West Africa is a case in point, said John Welch, a chief clinical officer of Ebola response with Partners in Health.

“Before this outbreak, only 50 percent of women in Liberia had access to skilled birth attendants,” Welch said. “The estimate is now that’s down 30 percent.” Similarly, access to prenatal care and malaria treatment was 40 and 50 percent before the crisis, but has now dropped to 25 percent. Welch recently returned from Liberia where he worked to strengthen and open new Ebola clinics. He recounted first-hand the collapsing health system and available services for pregnant women.

Women face a greater risk of contracting Ebola because they are the caretakers, the ones ensuring their family members are buried with dignity, said Welch. Consequently, “70 percent of Ebola patients are women.” Due to fear and vulnerability of exposure, many health clinics are understaffed and “safe delivery is virtually impossible.” Pregnant women who are not infected are also dying, as the symptoms of labor complications, like pre-eclampsia, are similar to those of Ebola and a lab test could take days, by which time the woman will be dead, said Welch.

In this way, Ebola is devastating the health system and putting thousands of women at risk. Over the next 12 months, an estimated 800,000 women are expected to deliver in West African countries affected by Ebola, Welch said. It will take the integrated efforts of ministries of health and humanitarian agencies to restore health systems – and strengthen them, “so we don’t have to see this again.”

UNFPA is usually the lead organization to facilitate services and help organizations integrate sexual and reproductive health services during crises. In 2008, when Cyclone Nargis hit Burma, UNFPA coordinated with partners to provide reproductive health kits and rented boats to provide transportation for emergency obstetric care, said Chynoweth. “The reproductive health response after Cyclone Nargis was the best I have ever seen. It was absolutely incredible,” she said. “We have so much we can learn from them, in terms of coordination, working with partners, [and] linkages with development actors.”

But that story is sadly the exception. Women and girls often go lacking during even the most visible disasters, said Chynoweth. Four months after the 2010 earthquake in Haiti, there were women going into labor without access to clean delivery kits and far from the nearest hospital, thanks to funding shortages, lack of trained health care workers, and delays in supplies.

Responding more effectively requires more community involvement and awareness, said Chynoweth. “We can’t just fly in, provide services, and expect people to come,” she said. “We need women, and girls, and communities to be involved in the programs that affect their own lives.” This is especially true in conflict settings where preventing gender-based violence is a main priority, like the Middle East.

With Ebola in West Africa and conflicts in Syria, Iraq, and South Sudan, “what we faced this year, has really led to a need for us to evolve or revolutionize the way we respond in emergencies,” said Daniels. As crises become more prolonged, humanitarian organizations must begin paying more attention to setting up health systems to help women and girls not only today, but tomorrow as well. 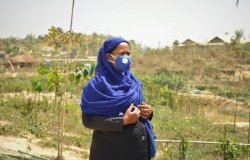 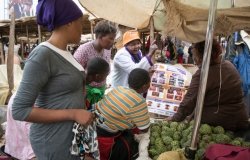 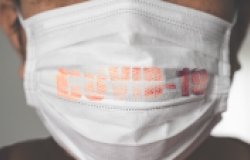 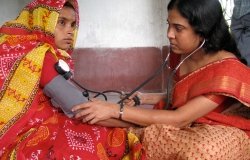 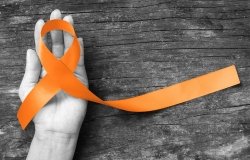