Nemata Blyden is an Associate Professor of History and International Affairs at The George Washington University. A historian of Africa and the African Diaspora she specializes in the history of Africa and the African Diaspora. Dr. Blyden received a BA from Mount Holyoke College and an MPhil and PhD from Yale University. She is the author of West Indians in West Africa, 1808-1880: A diaspora in reverse, (University of Rochester Press, 2000)  “This na true story of our history”: South Carolina in Sierra Leone's historical memory” in Atlantic Studies: Global Currents, Volume 12, Issue 3, 2015,  Relationships among Blacks in the Diaspora: African and Caribbean Immigrants and American-Born Blacks in Africans in Global Migration: Searching for Promised Lands, editors John A. Arthur, Joseph Takougang, and Thomas Owusu, 2012

The Washington History Seminar is co-chaired by Eric Arnesen (George Washington University) and Christian Ostermann (Woodrow Wilson Center) and is sponsored jointly by the National History Center of the American Historical Association and the Wilson Center's History and Public Policy Program. It meets weekly during the academic year. The seminar thanks the Lepage Center for History in the Public Interest and the George Washington University History Department for their support. 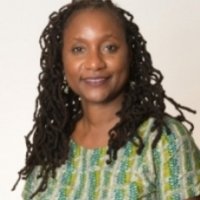