Iran's parliamentary elections are set for February 21, 2020. Reformists won a plurality in 2016, but the balance of power is up for grabs after the failure of the reformists’ domestic and foreign agendas, growing discontent reflected in multiple rounds of protests, the tightening security crackdown, and economic woes spawned by the Trump administration's maximum pressure campaign.

“The election, the 11th for parliament since the 1979 revolution, was the most rigged in Iranian history.”

“The most striking thing about the election was the low turnout, 42.6 percent, the lowest since the 1979 revolution. But I want to offer some context here or a bit of comparison. In U.S. midterm elections in 2014, only 37 percent turned out. We actually had a lower turnout than Iran's election. … But the regime does cite the turnout as a reflection of legitimacy, credibility and popularity of the revolution.”

“There is greater dissatisfaction inside Iran than at any time since the revolution, and that was reflected in the polls. The bottom line is that the next parliament is going to be vastly different in its outlook and its makeup because principlists, who are the most committed to the rigid interpretation of revolutionary ideals and goals, will have the dominant voice.”

“There is no viable alternative to this system inside the country or outside of the country. The Iranian people have experienced this before of knowing precisely what they don't want, but not knowing what they want, which often adds chaos and turmoil to their existing misery. So, I don't think they want to repeat that experience. They still want radical change.”

“The biggest existential threat to the system is this culture of mendacity and incompetence. You see it all over, from shooting down the passenger jet, to how they are dealing with the coronavirus, and so on. The only way they can resolve this is to open up the system. But they’re closing it down. In some ways, they are dooming the system down the road.”

“It is very likely that this Majles will be in place when the supreme leader dies and is replaced. And I think part of the job will be to pave the way for the next supreme leader or whatever will come next.”

“I actually see the regime as having a lot of confidence right now. Yes, their economy has been damaged by U.S. sanctions. Yes, there is a lot of grumbling, a lot of grievances. But I see the exclusions of the candidates, these widespread exclusions, as a sign of the regime's confidence that, if there are protests, they can handle it.”

“I think the United States policy makers need to be prepared for a very rough ride. These boys play rough. They put 80-year-olds in jail, they take over airports and economic institutions. They clearly want to get revenge for [General Qassem] Soleimani, who was the architect of Iran’s regional strategy. The IRGC largely feels they have accomplished their core national security goals… which is to be able to project so much power in so many different places in the region that no one will attack them.”

“Iran does not project power with long-range missiles. It is projecting power with short range ballistic missiles provided to the Houthis, to Hezbollah, to Kataib Hezbollah and other Iraqi militias.” 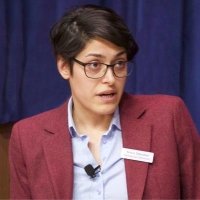 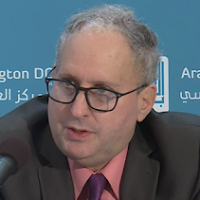