The Alliance for Development in Democracy: A Conversation with Three Foreign Ministers

In September 2021, the presidents of Panama, Costa Rica, and the Dominican Republic came together to launch the Alliance for Development in Democracy, an initiative to promote democratic strengthening and economic growth through the tightening of the three countries’ commercial, demographic, and cultural ties.

Among the stated goals of Presidents Laurentino Cortizo of Panama, Carlos Alvarado of Costa Rica, and Luis Abinader of the Dominican Republic are to jump-start post-pandemic economic recovery and deal collaboratively with the severe migration challenges posed by multiple crises in neighboring countries.

The leaders hope that the pluralist, democratic traditions of their nations will make them attractive as strategic partners for the United States and Europe, especially in light of the pandemic-induced reconfiguration of global supply chains.

Rodolfo Solano: ‘Democracy is Under Attack’

As it was mentioned on the IDEA report on the state of democracy in the Americas in 2021, there is a great concern with regards to the process of democratic deterioration in the region, intensified by the COVID-19 pandemic and visible through the weakening of the rule of law, with lower quality of democracies, poor governance, high levels of corruption and impunity, weakened judicial powers, and with arbitrary restrictions on the freedoms of expressions and press.

In this context, Costa Rica, with Panama and Dominican Republic, proposed the creation of this bilateral space of flexible and casual dialogue which is used as a consultative platform on the most important issues for our countries and the region, as my colleague Erika just mentioned in her remarks. The Alliance is an informal association which aspires to promote a better communication and comprehension between our countries and strategic partners as the U.S., and allows a flexible dialogue, a space, to exchange points of views on a regular basis with a double purpose of providing mutual support and launch joint initiatives. After the formal adoption of the Alliance in New York in September 2021, and after two more summits, Costa Rica will host the fourth presidential summit of the alliance on March 21st, where we will work together on the identification and prioritization of the fundamental areas of cooperation with the Alliance. For this meeting, we have also extended an invitation to the United States, and we expect to have a high-level participation to discuss together on ways to cooperate on the strengthening of democracy, address migration, improve security and combat corruption, tackle climate change, protect oceans, and increase economic growth and social labor opportunities. All of which are matters of the utmost importance for our countries.”

On the Future of U.S. Trade with Panama, Costa Rica, and the Dominican Republic

“The three countries would be seventh, sixth and twelfth. Costa Rica seventh, the Dominican Republic sixth, and Panama twelfth most important trading partner for the U.S. in Latin America respectively. But by combining the three, if we were one country, we become the third most important trading partner of the United States. Only surpassed by Mexico and Brazil, both with a combined 340 million population while we, the three countries, have a combined population of 20 million.

Let me just give you some numbers—in two years, meaning 2018, two and a half years, 2019, 2020, and half of 2021—in those two and a half years Mexico trade balance with the United States was 1 trillion 524 billion. Brazil was 172 billion. And the three amigos were 86 billion before Colombia which was 67 billion, Chile 66, and so on. I think that we have an excellent track record to become an even better trading partner with the United States so investments, which are already flowing, we need to find ways of enhancing that process at the moment.”

The Problem of Organized Crime and Migration in Panama

“The organized crime is absolutely interlinked with migration, and you won’t be able to manage migration if you are not tackling these bands that are subtle. The truth is that while we’ve always had some form of migration going from South America to North America, it was a very minor number, and in the Urabá Gulf there are certain cartels now that are encouraging migrants to come. And tackling that, we’ve been working with Colombia, we’ve been working with whole Central America, as well South America, and we’ve already dismantled certain cartels that you could see that are not localized in one particular area, but they are already interlinked and interconnected. So, the organized crime seems to have been coordinating better than our judicial system or the various countries. So, having that first step in the ministerial meeting that we convened here in Panama last year, the first one to ever deal with this type of migration, the two main task forces, one was exactly that, it was the attorney generals and fiscals of all the countries to talk about it and start sharing information. It is impossible that one country can actually manage and take to the judicial because you’ll form some form of claim, you’ll have some discharges by somebody, and by the time that you bring them to justice that person has moved into the next country. So, you truly need to collaborate and to share information at all times and that I think is already, or this initiative is already proving or starting to prove results, but there needs to only be a lot more cooperation in that regard.” 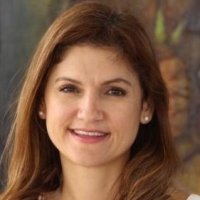 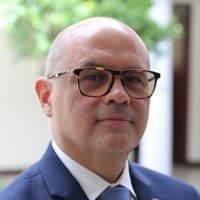 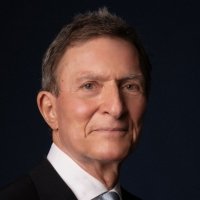