AMLO & the Fourth Transformation: One Year After His Historic Election Victory

It has now been one year since the victory of President Andrés Manuel López Obrador, an election that was won with the promise of a Fourth Transformation in Mexico. As part of this transformation, López Obrador promised to end corruption, grow the Mexican economy, reduce violence, build infrastructure, and expand social programs designed to reduce poverty and inequality. Six months after taking office, he has maintained a high level of popular support while aggressively pursuing his agenda and managing a challenging relationship with the U.S. administration. He has initiated a new worker training program for youth; canceled the construction of a new airport in Mexico City; suspended oil bids and auctions for renewables; gained congressional support to create a National Guard; launched a campaign to fight fuel theft; and raised the minimum wage. However, he has yet to make an impact on Mexico's record high homicide rate, and the economy appears to be slowing.

How much progress has President López Obrador made in his Fourth Transformation? Join us to consider the achievements of the new administration and the trajectory of the country for the rest of President López Obrador's six-year term. Our experts will discuss public opinion on the AMLO administration, the administration's anti-corruption efforts, the prospects for the Mexican economy one year after AMLO's victory, and progress made in realizing AMLO's vision for Mexico.

"What I see in these last twelve months is an opportunity—an opportunity I know I will not see again in my lifetime. An opportunity to break away from the shackles of perpetually stalled and deformed development that concentrates all of the goodies in a miniscule field. An opportunity, no more, but no less. No certainty that it will, in fact, translate into more possibility in the future.”

“For elites, understandably, these are also jarring and very uncomfortable times. The political arrangements and legitimation structures that help sustain the latest and broadest ever drive for Western style progress and modernization are becoming undone. Elites are resisting, obviously, and will continue to do so. No emperor likes it when his clothes fade or disappear.”

“[López Obrador] has stated in his last discourse that he has already met 78 of his 100 promises, and that, save security and health, where he recognizes more difficulties than he had originally, or initially judged, he will deliver a peaceful country and a health system ‘comparable to Scandinavian countries.’”

“In no meaningful sense can we say that he has something to show regarding the three issues highlighted since his campaign: insecurity, inequality, and corruption. Nonetheless, I do believe that it would be inappropriate to pass judgement on the new administration by the results thus far.”

“If the current trends prevail, the growth during the López Obrador sexenio will be 2.3 percent which is exactly the same [as the] Peña Nieto growth. And I think that’s a problem, because the basic aim of the López Obrador administration is to have stability with growth.”

“Under previous governments, we had stability and very low growth, and the problem is that per-capita growth has been flat for decades. And I think that is just ethically wrong. It’s unnecessary and it’s unsustainable. That is the problem: per-capita GDP growth. I do think it is possible for the Mexican economy to grow by 4 percent by the end of the sexenio, but some things would need to change.”

“There’s still time to have stability and growth, but I do think that the government needs to really make sure that there’s stability, credibility, [and] predictability in terms of the way it engages with domestic investors and with foreign investors.”

“I think that one main difference between the popularity of López Obrador and Fox and Calderón is the intensity of approval. I mean there are really a lot of strong López Obrador supporters. And in the past with Calderón and Vincente Fox, we didn’t have the coattail effect of their popularity reflected in the incumbent party’s numbers.”

“When we try to explain the approval levels of López Obrador, and try to understand what has changed, I would say, to some extent, his honeymoon is, in part, a consequence of the electoral campaign just being over. If you look at his approval numbers, or the evaluation of the people, it increased a lot after the election…. So before the election, everybody was looking at López Obrador through a partisan lens. He wins election, and partisan bias is deactivated. 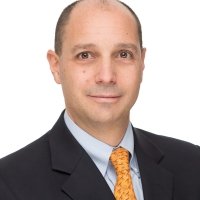