Anatoly Dobrynin and His Legacy: Reflections on His Centenary

The Wilson Center’s Kennan Institute, History and Public Policy Program, and Washington History Seminar will host a panel session marking the centenary of one of the 20th century’s most important diplomats, Anatoly Dobrynin.

Anatoly Dobrynin and His Legacy: Reflections on His Centenary

The Kennan Institute, History and Public Policy Program, and the National History Center hosted a panel session marking the centenary of one of the 20th century’s most important diplomats, Anatoly Dobrynin.

Anatoly Dobrynin served as Soviet ambassador to the United States for over two decades, from 1962 to 1986. His tenure coincided with five Soviet leaders and six U.S. presidents, and included such pivotal moments as the Cuban Missile Crisis, the U.S. war in Vietnam and Soviet war in Afghanistan, and the Soviet Union’s downing of Korean Airlines Flight 007. His steady diplomatic presence during his service in Washington provided a crucial element of stability during some of the most tense episodes of the Cold War.

This event was followed by a light reception.

“His main objective in Washington was to establish a constant trust-based dialogue at the highest level.  Such confidential communication channels were of particular importance during the Cold War […] During the Cuban Missile Crisis, Dobrynin established an informal communication channel with Dean Rusk and Robert Kennedy thus creating conditions for continuous dialogue between the Kremlin and the White House […] Dobrynin moved through the upper echelons of Washington with consummate skill.”

“His most consequential role was in the Brezhnev years when he was central to building the relationship of Détente with the United States and to prevent it from unravelling shortly after it had been established.”

“Dobrynin was a diamond in the rough.  He came from a very simple family – the son of a plumber and a house wife – but he was a very eager to learn young person.”

“One of his great legacies was that he understood the United States, how you worked with it, what the challenges were and, for the Russians in particular, what that meant in terms of developing any capacity for a solid and productive relationship.  His legacy are the people and understanding he left behind.” 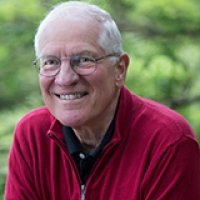 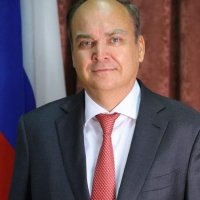