Assessing the Alliance: What Lies Ahead for the Korean Peninsula, a Farewell Event for the Hon. Jane Harman

North Korea’s growing nuclear and missile arsenal, a rising China, ruptures in regional alliances and a pandemic uncurbed: The challenges facing the United States and South Korea are manifold in 2021 as the Biden Administration enters its first year in office and the Moon Administration approaches its final year in power.

Join us at 7:30 pm ET on Wednesday, Feb. 17, 2021, (9:30 am KST on Feb. 18) for a conversation with the Hon. Jane Harman, Wilson Center CEO and President; former South Korean Ambassador to the United States Ho-Young Ahn; former U.S. Ambassador to South Korea Mark Lippert, and South Korean Congressman Jin Park on what lies ahead for the Korean Peninsula and Northeast Asia in the Biden era.

One of the reasons I left Congress for the Wilson Center is because of the partisanship in Congress…. If you work together to solve the problem -- whatever the problem is -- then you are “bipartisan,” and that makes you very vulnerable in your next election. The forces push people apart. I think it’s extremely unhealthy.

[On the rise in nationalism] I don’t think the problems are going away. I think, sadly, this rise in domestic terrorism is going to take away much of the energy away from problems that deserve it.

I think it takes so much energy out of the conversation, [and] the focus we need to have on the Korean Peninsula -- especially on what is going on in North Korea, with the increase in nuclear weapons, long range missiles, harsh rhetoric -- isn’t there.

North Korea needs to be a major focus of the U.S. … President [Donald] Trump rightly at the beginning of his term began to focus on North Korea, but his focus was not successful and he turned to other things.

South Korea has a major role in helping to shape the relationship with China. Reviving our alliances and supporting our friends is going to be a key part of whether the Biden Administration succeeds.

I think it’s early days, so to start predicting is something that would probably be a bit premature, but what I would say is they’re 1) pragmatic, 2) internationalist and 3) undertaking all sorts of comprehensive reviews as we speak right now.

I do think we’ve got a president who is interested in resetting the United States’ relationships around the world. Sure, there are [nationalist] elements ... that Congresswoman Harman outlined that you have to keep an eye on because this is a democracy. But having said that, the United States resoundingly elected a president who’s an internationalist. Public opinion poll after public opinion poll continues to bear that out.

I do think it’s a very important inflection point. The world is very different … than it was in 2016. President Biden inherits that four-year gap. It’s a very different world, and it’s going to require different thinking. I think the team he assembled is very good -- top shelf -- and I think we’re poised. As this president has made clear, we’re not going to do this alone. It’s going to be partners, friends, and allies -- emphasis on allies, emphasis on [South] Korea -- that really will undergird U.S. foreign policy going forward.

I would say they are taking a page out of the [Barack] Obama playbook in reading the tea leaves, in their alliance-first strategy. In other words, they are operating under the theory that you are far better off if the alliances -- and I would also argue, your friends and partnerships -- in the Asia-Pacific are strong. And to the extent practicable, that you can align your goals. There will be some differences. But the effort to put an emphasis on these allies ... undergirds their entire policy.

With respect to the election of President Biden, if there’s one word to describe the reaction in Korea, I think it would be “enthusiasm.” There’s been enthusiastic approval or welcoming of Mr. Biden’s election in the United States. What Mark [Lippert] had to say with respect to this “dream team,” … whenever I see that list I cannot help but smile because I know how good they are. It’s the dream team of a dream team!

One key factor in [measuring] if this dream team is delivering as much as they should would be in how they manage their relationship with allies. I’m so glad that President Biden as well as Tony Blinken as well as everybody else on the team made it very clear that one key ingredient of the Biden presidency will be strengthening alliances, including the [South] Korea-U.S. alliance.

I really look forward to welcoming four years or eight years through which the United States is coming back into a leadership role and the [South] Korea-U.S relationship is strengthened. And along the way, we could be putting together meaningful places to address the North Korean nuclear issue.

I was really impressed with the dark and somber tone of the Party Congress. I was asking myself why. If you ask me what the explanation is, I think it’s because North Korean leaders have realized they can’t have a “pyongjin” policy: Having nuclear weapons and removing all the sanctions is not policy. I think that explains the dark tone. We must take that into consideration as the new Biden Administration deals with the North Korean issue.

I was personally really relieved to see the overcoming of political crisis in the [United] States and the restoration of constitutional democracy, despite the violent things happening there. I was also encouraged when President Biden [said] “America is back.” He is certainly going to respect the alliance, and strengthen the alliance and alliance network, and employ a multilateral approach to international issues for peace and prosperity.

I think that the Korea-U.S. relationship should move in the direction of a predictable, mutually respectful, and value-driven partnership. Our alliance is based on core values like democracy, free markets, human rights and rule of law. But I also see some potential issues and conflicts between the Biden Administration and the Moon [Jae-in] government in terms of how to deal with North Korea, how to materialize a substantial denuclearization of the North and also the human rights issue in North Korea, which is very serious. 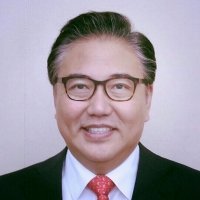 Global Fellow;
Congressman, National Assembly of the Republic of Korea 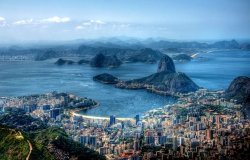 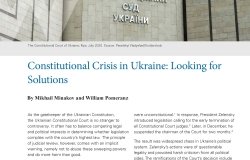