In a new report prepared for the U.S. Agency for International Development (USAID)’s Office of Conflict Management and Mitigation, the Wilson Center’s Schuyler Null and Lauren Herzer Risi provide a guide to policymakers seeking to better understand the interactions between climate change, migration, and conflict. Navigating Complexity: Climate, Migration, and Conflict in a Changing World includes in-depth analyses of the cases of Darfur and Syria and a scan of the latest research to highlight what we do – and do not – know about this complex nexus.

“There is relatively broad consensus that climate change will lead to more migration,” said Null at the Wilson Center on December 2. “There is also relatively broad consensus that climate change should be considered a threat multiplier for conflict…not that it will necessarily create new conflicts out of thin air but it will exacerbate existing tensions.”

“There are still a lot of questions, however, on how, where, and to what degree these relationships play out.

In a brief overview of the report, Null pointed out some basic facts about global migration that run counter to popular narratives.

Most migration is internal, not across international borders. Most international migration is between developing countries. Because of the costs of moving, it is often those with comparatively greater resources who move, not the poorest, leading to the potential of “trapped” populations left behind. Displacement related to natural disasters tends to be characterized by short term “pulses” of movement and rates of associated violence are even lower than usual. Connecting an individual’s decision to move to climate change is a very difficult process, and terms like “climate refugee” are considered inappropriate shorthand given legal and technical problems. Migration is more often a result of violent conflict rather than a contributor.

In sum, the decision to move, whether related to climate effects or not, is often a rational decision, a kind of adaptation that can act as a release valve for various pressures and should often be accommodated rather than stopped.

Still, even if conflict related to climate change and migration is rare, “it’s the outcome we are really trying to avoid [and] it’s the outcome that policymakers need to be prepared to deal with,” said Null.

The complexity of the issue is apparent in the case of Syria. Robert McLeman, associate professor at Wilfred Laurier University and author of Climate and Human Migration: Past Experiences, Future Challenges, said drought was not the “proximate cause” of the civil war. “However…you cannot explain what’s happening in Syria and the migration movement to Europe without thinking about the drought.”

Between 2007 and 2011, Syria was struck by its worst drought in 900 years. As much as 75 percent of its farms failed and 85 percent of livestock died, causing a massive influx of rural migrants into already-crowded urban areas. Climatic effects thus increased tensions and scarcity “in a country that’s already being poorly governed in the first place,” said McLeman. What’s more, the government failed this test miserably, taking away crucial safety nets for farmers even as the drought burned on.

In this sense, it is not just the presence of climate change that makes a place vulnerable to problems, but political, social, demographic, and other contexts combined with climate change, according to the report.

David Harden, assistant administrator of USAID’s Bureau for Democracy, Conflict, and Humanitarian Assistance, said climate change has acted as a threat multiplier in other settings, including Nigeria. “It’s not the case that climate created Boko Haram, but it is the case that Boko Haram is using drought as an example, as a mechanism, as a theater to advance its…horrific, destabilizing, undermining agenda.”

Systemic Solutions to a Systemic Problem

What makes addressing these climate-migration-conflict dynamics difficult is that the solutions are diffuse and involve many actors from different sectors. “War and instability are fundamentally a very complicated business,” said Cynthia Brady, senior conflict advisor for USAID’s Office of Conflict Management and Mitigation.

Most aid agencies, climate adaptation programs, and humanitarian organizations aren’t set up to do the kind of cross-sectoral programming required by these situations, which could involve such diverse programming streams as land rights, agricultural subsidies, climate programs, conflict mitigation, and refugee settlement, to name a few.

At the policy level, Elizabeth Ferris, a senior fellow at the Brookings Institution and research professor at Georgetown University, said there was “no concrete guidance” on how to respond to many of these issues:

Do you want people to start planning for migration as a positive form of adaptation? Do you want to have steps to enable people to remain at home as long as possible? Do you want steps to encourage governments to adopt good laws and policies for those who move internally, which we think will be the majority?

Formulating a way forward is very difficult given the amount of uncertainty, Ferris said, and the lack of cross-sectoral communication does not help. “Sometimes you feel like you need an interpreter to understand what your colleagues are talking about” because each sector uses its own language, she said. “The stovepipes are many.”

Institutions that account for transient populations; policies that accommodate informal and communal systems

But efforts are being made to address these divides, as evidenced by the panel featuring U.S. government staff from three different bureaus across USAID and the Department of State, and two representatives from academia.

Carrie Thompson, deputy assistant administrator in USAID’s Bureau for Economic Growth, Education, and Environment, noted that while her bureau currently screens programs for climate risks, more data on the relationship between climate change, migration, and conflict is needed to better understand what to look for. The report suggests the strength of natural resource management and governance systems may be key markers for vulnerability to conflict.

In Syria and Darfur, the institutions needed to soften the effects of climate shocks were not functioning and were sometimes deliberately undermined. Outcomes look “very fundamentally different” when institutions are able to respond and be adaptive to climatic events, said Brady.

Institutions that recognize and account for the needs of transient populations and policies that accommodate the flexibility of informal or communal systems of governance are key to reducing the social, political, and economic pressures associated with migration and climate change, said Thompson. Building the resilience of these systems should be “critical and foundational” to humanitarian work.

Brady noted that Botswana once struggled with drought in the 1960s, but “that picture looks very different today because they have institutions in place that are flexible, adaptive, and responsive to their citizens.” McLeman agreed and noted Botswana is “not a client in this context because institutions work there and they manage it on their own.”

Seeing Over the Horizon

Catherine Wiesner, deputy assistant secretary at the U.S. Department of State’s Bureau of Population, Refugees, and Migration, said it can be difficult to step back and see the role of climate change in complex emergencies and it is sometimes seen as a “backburner” issue.

“Being the humanitarians in the room ultimately means that climate change becomes our concern when it is related to conflict or when it creates or contributes to displacement,” she said. In these situations it’s hard to see “over the horizon,” she continued. “At least a part of our response…is going to be reactive.”

Research that further clarifies the links between climate change and migration and conflict – how, when, where – is needed to bring more humanitarians on board, Wiesner said.

Ultimately, “moving up the causal chain and bringing the complexity to bear is always going to be a challenge,” said Geoff Dabelko, senior advisor to ECSP and professor at Ohio University. Simpler narratives – that climate change will cause migration, which will then cause conflict, and therefore migration should be stopped – are easier to understand, but miss important nuance and risk leading to poor policy decisions.

That complexity could even be a good thing from a programming and planning point of view, said McLeman. “Just as one bad event can have large consequences that ripple out…at the same time, good interventions can also ripple through complex systems as well.”

This report is a reminder that “systems and governance count,” said Harden. “How institutions absorb and respond to the political, economic, and social impact of climate shocks is going to be pretty fundamental…as we chart out this incredibly complicated world ahead of us over the next 10 years.” 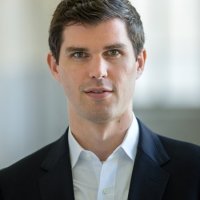