Join President Biden's key National Security Council advisers for a discussion of his trip to Europe and his cascade of summitry, from the G7 and U.S.-EU summits to NATO’s new course and the President’s bilateral meetings with Russian President Putin, Turkish President Erdogan and other world leaders. What was achieved? What challenges remain?

“If you take it all together, let me just leave you with what the G7 was all about, and at the most fundamental level, it was about taking our values seriously, most importantly in terms of what we’re for, and here as I just mentioned we made real progress on an affirmative agenda, but also to uphold the rules-based system that forges the G7 partnership and benefits everyone in the world. And when that system is challenged, whether its China or any other country, we’ll stand up and defend it without apology.”

“At the G7, we accomplished something I think pretty important, which is we got an agreement on all countries sustaining their fiscal support for as long as needed to ensure an inclusive and sustained recovery. We haven’t always had that kind of synchronized macroeconomic policy among the G7. I don’t think we can overstate the importance of this tax agreement, that we are marching towards.”

“A number of the themes that Daleep laid out as top lines for the G7 were things that we saw continue across the president’s trip in Europe, in terms of rallying like-minded democracies to take action on China, on cyber, on climate on Covid, and all of this was driven by a shared commitment to democratic values and a shared commitment to writing the rules of the road together.”

“(The week was) a great opportunity for the president to be able to engage both multilaterally with NATO and with the European Union and also to be able to do a lot of direct diplomacy with leaders literally from East to West across the continent on the margins of these various summits.”

“I think the fact that we were able to make such progress on the Airbus Boeing tariffs really was something that was significant. Similarly, with the 232's, the EU not going forward with retaliatory tariffs at the beginning of June, really providing an opportunity for us to engage in a dialogue to address what the real threat is on steel and aluminum, which is global overproduction by China and others. So I think, very much as you’re saying, to the extent to which we can clear out some of the underbrush in our own relationship, it’s really going to set the stage for us to be able to work together in a much more targeted way on some of these global challenges and setting some of these rules of the road together.”

“When we came in, there were a lot of things for us to build upon, in terms of what the previous administration was doing in respect to China, but what we didn’t have was the multilateral piece, and we have spent a significant amount of time and effort, and the president has personally, over the past few months, to really multilateralize our approach to China, whether it is countering their worst abuses in human rights space, whether it’s countering  their economic practices, whether it’s building an affirmative vision, whether it’s putting forward a values-based vision for the world that shows that democracies can deliver. This is a really key part of our approach to China and we’re really pleased to see  so much convergence happening with our allies and partners and so much to build ongoing forward” (21:15-22)

“The key for us is here, what is the kind of behaviour we’re seeking, what are the rules that we’re following and how do we understand them being set?” (44:25-44:40) 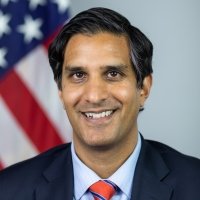 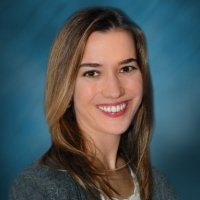 Special Assistant to the President and Senior Director for Europe, National Security Council 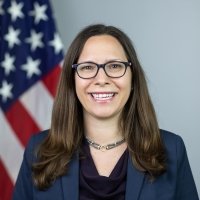