Book Launch: The Perfect Weapon: War, Sabotage, and Fear in the Cyber Age

The Wilson Center presents an exclusive look at The Perfect Weapon, the sobering new book by acclaimed New York Times National Security Correspondent David Sanger, who researched and wrote while in residence as a distinguished fellow.

The Wilson Center presents an exclusive look at The Perfect Weapon, the sobering new book by acclaimed New York Times National Security Correspondent David Sanger, who researched and wrote while in residence as a distinguished fellow:

In 2015, Russian hackers tunneled deep into the computer systems of the Democratic National Committee, and the subsequent leaks of the emails they stole may have changed the course of American democracy. But to see the DNC hacks as Trump-centric is to miss the bigger, more important story: Within that same year, the Russians not only had broken into networks at the White House, the State Department, and the Joint Chiefs of Staff, but had placed implants in American electrical and nuclear plants that could give them the power to switch off vast swaths of the country. This was the culmination of a decade of escalating digital sabotage among the world's powers; Americans became the collateral damage as China, Iran, North Korea, and Russia battled in cyberspace to undercut one another in daily just-short-of-war conflict.

The Perfect Weapon is the gripping inside story of how the rise of cyberweapons transformed geopolitics like nothing since the invention of the atomic bomb. Cheap to acquire, easy to deny, and usable for a variety of malicious purposes – from crippling infrastructure to sowing discord and doubt – cyber is now the weapon of choice for democracies, dictators, and terrorists.

“This is a fascinating and terrifying read, in equal measure. His book lays out the state of the cyber threat worldwide and why it may be, in Henry Kissinger’s words, 'far more complex and far more dangerous than the nuclear age' in the Cold War.”

“We have gotten vastly better at cybersecurity, and yet, the targets that we are establishing out there – the ways into the network – are expanding so fast that they are wildly outpacing our ability to go defend. So when you ask the question, 'Why are 30 or 40 countries now doing this?' the answer is it’s because they have determined it is the perfect weapon for them.”

“The diffidence didn’t start with the attack on the Democratic National Committee. What’s interesting when you go back and reconstruct the history of what the Russians were doing in the United States is [that] it begins back in 2009… but gets truly interesting in 2014, when there are attacks on the White House, the State Department, and then the next year, on the Joint Chiefs of Staff – and the initial thought was that these were all about espionage. Nobody was imagining that they would take these documents and make them public.”

“President Obama took the view that you can’t come in and defend every bank in the United States or they won’t invest in their own cybersecurity. I think that is a reasonable position, but there is some top limit of cyberattacks that are going to call for a national response. We haven’t really thought our way through that.”

"If we sat down and made our list, election systems – off limit. Electric grids… hospitals, communications, emergency services – all those kinds of things you can easily imagine setting a set of global rules that say we’re not [interfering in] this in the way that we’re not gassing civilians. I’m betting that the U.S. intelligence community would not sit still for those, because… we meddled in some elections in Italy in the 40s, in Latin America in the 50s and 60s, in Iran in the 50s… So do we really want to say that we can never go do that again?”

“We came into the internet age thinking it would spread freedom… I would go with Bill Clinton when I was White House correspondent. We would go to China and he would give these great speeches at Beijing University that basically said, if you read between the lines, [that] the more people who use the internet the more it undercuts the authority of the Communist Party. Well, he got that one wrong. It turns out that the Communist Party figured out really how to go control these technologies.”

“Every country that comes into this and attacks the United States, or other countries like that, have to be persuaded that there is some cost that will be paid. That does not necessarily mean that it will be a counter cyber-attack, but that it will not be a freebie – because as long as it’s a freebie, everyone is going to go use this.” 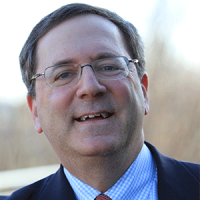