Women's rights scholars and activists from the MENA region discuss the efficacy of human rights conventions in securing women's rights in the region.

Women leaders and activists from the Middle East discussed the current women’s rights situation on the ground in the region and what strategies can be employed to use international human rights norms to secure their rights going forward.

Harman endorsed the slogan “Human rights are women’s rights, and women’s rights are human rights,” first invoked by former Secretary of State Hillary Clinton at the 1995 UN Conference on Women in Beijing. During this event, Harman expressed her optimism for the progress of the women’s rights movement in the Middle East and North Africa (MENA) region. She stated, “The bar has been very low, but there is progress and I think we should applaud progress wherever we see it.” Harman asserted that the answer to the question “can international human rights norms secure women’s rights in the MENA region?” is the centerpiece of understanding how women can advance in a time of “hopes and concerns.”

Opening the first panel, Sbaity Kassem provided a general overview of what is taking place in the region after the Arab uprising of 2011. She defined the framework of women’s rights in the region as being centered on gender discrimination, violence against women and girls, and poverty and socioeconomic conditions. She pointed out that poor education underlies all three of these problems. In answering how human rights conventions can play a role in advancing the rights and status of women in the MENA region, Sbaity Kassem noted that progress is linked to a culture of democracy and peace, stating that “without peace and democracy, there will be no women’s equality.” She indicated there is a long road ahead before women see the change they hope for. However, any progress, she emphasized, is contingent on a democratic process that guarantees the involvement of all members of the society, especially women, through civil society organizations. In addition, Sbaity Kassem emphasized the need to build alliances with religious leaders and to interpret the shari’a in a gender-sensitive way.

Labidi focused the discussion on the challenges facing the implementation of women’s rights programs on the institutional and micro levels. Drawing on her previous experience as the Minister of Women’s Affairs in Tunisia, she talked about the lack of adequate funding and institutional capacity of the relevant governmental administrations and NGOs to achieve satisfactory performance. The shortcomings, in her view, may not be present on the constitutional or formal policy level, but they become apparent at the level of implementation. For example, she mentioned the unwillingness or lack of enthusiasm of male public servants to report to a woman and devote their time to working on women’s programs. Labidi also noted the clear discrepancies between programs targeting urban and rural areas; women in rural areas have access to fewer resources and opportunities than those in urban areas, and the workers tend to have less training. Labidi expressed concern over a government’s actual commitment to human and women’s rights in the region, noting that “institutions might be there, but they are empty.” She emphasized that a key to achieving actual change in the region is a civil society that is aware of and has the sufficient tools to address the kind of work that has to be done on the ground.

Khattab had an optimistic outlook on the prospects for improving the standing of human and women's rights in Egypt following the ouster of former President Morsi and the pronouncement of the interim government’s constitutional declaration. She focused her discussion on the historical evolution of the Egyptian constitution and the change in the legal attitude toward women’s rights. She believes the Morsi government's constitution was regressive in terms of its commitment to human and women’s rights, putting women and children “at the mercy of those who are in power.” Khattab said the constitution should explicitly provide for an irreducible minimum of rights to ensure the state’s commitments to these standards. She acknowledged the presence of a gap between the de jure and de facto implementation of laws and the fact that constitutional provisions do not guarantee the realization of these rights. However, she said the uprising in Egypt has helped to bridge this gap as people have become more politically-minded and savvy. Khattab also draws her optimism from the fact that the new interim government is run by technocratic figures like Mohammed ElBaradei who has developed an international reputation for his commitment to human rights and interim President Adly Mansour whose legal background qualifies him to transition Egypt into a state that respects and implements international human rights conventions.

Following the first panel, de Silva de Alwis asserted the primacy of human rights norms and the fact that these norms are universal and closely interlinked. She noted that when states enter reservations to human rights conventions such as the Convention on the Elimination of Discrimination Against Women (CEDAW), it nullifies their potential impact on women’s status in the region. Therefore, member states should develop social and religious norms that are in compliance with human rights norms to prevent a negative impact on women’s lives.

Bouagache discussed state accountability in terms of producing accurate reports on the status of women’s rights and compliance with international conventions such as CEDAW and also in terms of state responsibility to enact principles of the conventions in order for them to be implemented. She addressed the gap between the rhetoric of the conventions and enforcement mechanisms in national constitutions, noting that reservations and lack of mechanisms for enforcement hinder implementation of these laws, preventing tangible results and improvement in the status of women’s right in the region. She noted that even in cases where reservations have been lifted, such as the law on women’s equal rights to citizenship in Algeria, amendments to the constitution are still pending.

According to Hussein, women’s rights status has improved over the years in Jordan, and women currently have the freedom to exercise more of their rights. However, there are still cultural, economic, political, and religious barriers that obstruct the full realization of women’s rights in Jordan. She noted that religious misinterpretations have led to the justification of honor killings and discriminatory inheritance laws that create obstacles for effective implementation of women’s rights. In discussing political barriers, Hussein stated that although women’s participation in politics has increased considerably, there is still much to be done in terms of political empowerment, which requires a stronger political will and support from within the country. Finally, she discussed the efforts taken by women’s movements to overcome these barriers including campaigning for lifting CEDAW reservations, lobbying for women’s quotas, raising public awareness by convening lectures and workshops on international human rights conventions, and strengthening women’s capacity for political participation, among others.

All of the panelists agreed that education is a primary solution to many of the concerns raised. Increasing awareness of women’s rights is at the heart of the women’s rights struggle in the MENA region and a key strategy is helping to change the societal mindsets in the region. This requires not only constitutional changes; it is also the role of civil society, the government, and the international human rights organizations. The panelists noted that all these institutions have to work together to achieve a greater level of public awareness so that the societal reservations in the MENA region can be tempered.

Former Public Policy Scholar;
First Vice Chair of the African Committee of Experts on the Rights and Welfare of the Child; Former Ambassador of Egypt to South Africa and to the Federal Republic of Czechoslovakia; and Former Egyptian Minister of Family and Population

Former Director, UN-ESCWA Centre for Women; and author, researcher, and consultant on women and gender issues in Arab countries 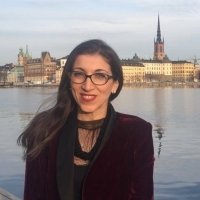