Challenging the Norms of Warfare: Historical Perspectives from Yemen and Iraq

The Middle East is a region that is very often defined by two characteristics: uniqueness and conflict. Its myriad peoples, belief systems, cultures and histories have made the Middle East a truly unique place at the nexus of the East and West. However, these differences have also fueled some of the world’s most persistent and intense periods of extended conflict. Just as the region defies what some might define as “normalcy,” so too have its conflicts.

In the fifth iteration of the Global Middle East Seminar series, founded by the Woodrow Wilson Center’s History and Public Policy Program and Bilkent University’s Center for Russian Studies, renowned historian, Joseph Sassoon, and Wilson Center Fellow, Asher Orkaby, sit down with Michael Brill, Ph.D. candidate in the Department of Near Eastern Studies, Princeton University, to discuss the nature of warfare in the Middle East using two notable examples, Yemen and Iraq. Both of these countries have and are experiencing complex, brutal conflicts featuring numerous instances of incredible violence and the use of chemical weapons on soldiers as well as civilians. But why, and how have these conflicts developed, and what can we learn from them?

“I think there is one aspect of [the Iran-Iraq War] that triggered the whole issue of using chemical weapons, and that is the child soldiers problem. Many Iraqi’s talked about it, definitely in years later, that they could not find a solution to these children committing suicide in waves and waves… against the Iraqi…And Iraq therefore decided to use chemical weapons to stop those attacks.”

“In the last few years there was a depletion of those [biological weapons] and that’s really why at the end of the [U.S.] invasion, the chase for W.M.D. did not reap any harvest and really turned out to be a false reason for the invasion.”

“[Iran’s use of chemical weapons] was a matter of deterrence, control, and punishment.”

“Saddam was fairly confident that there would not be any condemnation of any of Iraq’s military decisions, certainly not of chemical weapons, because of this broad anti-Iranian public opinion… In general, [Saddam understood] that the UN General Assembly would not condemn Saddam’s use of chemical weapons during the 1980s and therefore he could use it with impunity.”

“Perhaps what happens in the highlands of Yemen and north of Sana’a has a direct connection to Iraq and understanding the parallels between why Egypt used chemical weapons and why Iraq used chemical weapons can give us great insight into why it continues to be used in Syria and what warning signs we might look for in future conflicts.”

“There was a military advantage in using [chemical weapons]... There is military support for Hezbollah and others, but there’s also a sense of chemical weapons being an equalizer in some ways to compensate for differences in population. There is also a general sense—at least a palpable fear among the Assad regime—that if this war is lost then the next crisis in Syria will be an Alawite genocide, where the rest of the Syrian population is taking revenge upon a minority rule that’s been responsible for destruction and death… for the past several decades.”

“Iraq’s defensive military reliance on [its] weapons… has been well documented and benefited greatly from the availability of internal Iraqi records. In contrast, the subject of Iran’s chemical weapons program and battlefield use on a limited scale later in the war remains controversial and debated by scholars and policymakers more than three decades later. One of the largest obstacles impeding efforts to get to the bottom of the subject has been the lack of research access to internal Iranian records.”

“Rather than any of the official stated reasons given by Iran, I suggest that it’s more likely that [Iran] decided that its program achieved insufficient results or that limited chemical stocks risked further Iraqi chemical escalation and had more value in trade for mines or missiles.”

“There are clear, politicized assessments… but in terms of the actual, nitty-gritty of day-to-day battlefield assessments, [Iran] did appear motivated by passing on accurate information.” 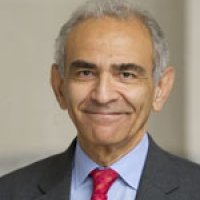