Last March, Ambassador Marcos Galvão, Secretary General of the Brazilian Ministry of External Relations, signaled a new direction in the country’s foreign policy. “There is a consensus both within Brazilian society and between its various economic actors that to resume growth requires greater presence, interaction, and integration to the international economy,” he said in an interview.

Brazil has since announced its decision to join the OECD, lowered barriers for foreign investor to access its oil and gas sector, and resumed efforts to conclude a major trade liberalization pact between Mercosur and the European Union. As the economy recovers from its longest and deepest recession and domestic challenges are addressed within an institutional framework, the South American nation has resumed its tradition of an active foreign policy.

In Washington for high level consultations to advance the Brazil-U.S. dialogue, Ambassador Galvão will speak on Thursday November 29, from 3:00-5:00pm, on Brazil’s diplomatic strategy under the government of President Michel Temer and its efforts to energize, update and modernize the country’s ties to the global economy. 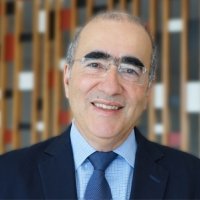